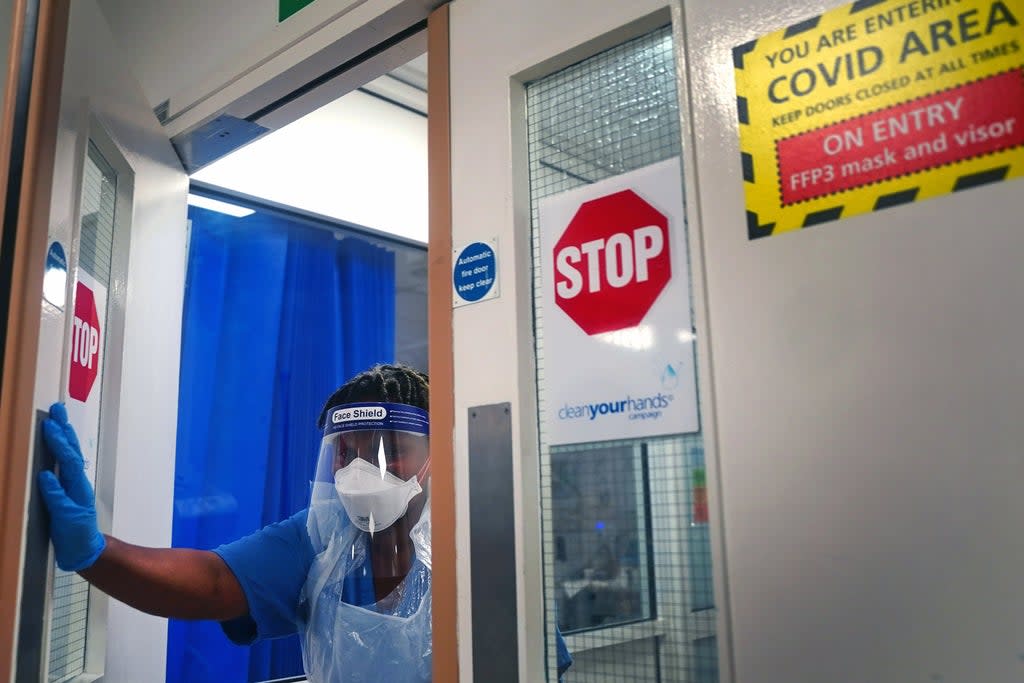 Staff absences at NHS hospitals in England due to Covid-19 have risen by more than 30% week on week, the biggest increase since the start of the year, new figures show.

This is up 31% in the week to March 13, and is the largest percentage increase from the seven days to January 2 during the peak of the Omicron wave when NHS staff Covid absences rose by 41 %.

But it is still below the level reached at the peak of Omicron’s wave in early January, when Covid-19 absences averaged nearly 46,000.

All regions have seen a week-over-week increase in Covid absences, with the South West of England recording the largest increase (44%), followed by the South East of England (40%) and the North East and Yorkshire (34%).

The director of the Royal College of Nursing (RCN) for England, Patricia Marquis, said the new figures showed that the pressure on nursing staff in all regions was not easing.

He added: “With a significantly depleted workforce undermining their attempts to provide safe and effective care, these absences are the last thing nursing staff need.

“The UK government is offering scant comfort: yesterday’s spring declaration did nothing to address the tens of thousands of long-term vacant nursing positions.

“Cases are rising and more uncertainty looms with free community testing scheduled to end this month. Employers must ensure nursing staff have ongoing access to high-quality testing and PPE.”

This doesn’t translate into very significant increases in excess mortality from all causes, so we still have fairly low rates in terms of mortality.

National Medical Director for NHS England, Professor Stephen Powis, said: “NHS staff remain incredibly busy as bed occupancy rates are up almost 10% from this time last year, while absences from the staff are at the highest level since the beginning of February.

“Despite this, staff continue to make progress on the Covid backlog, implement the NHS spring booster schedule and deliver regular services to ensure anyone with health problems can access care.”

The figures, from England’s NHS, are the latest sign that the coronavirus is becoming more prevalent again, after a period of falling infections in late January and February.

England’s chief medical officer, Professor Sir Chris Whitty, warned on Wednesday that hospital admissions for Covid-19 are expected to rise in the next two weeks.

Sir Chris said the virus was putting pressure on the NHS but fortunately high transmission rates were not translating into cases and deaths in intensive care (ICU).

Addressing the Local Government Association and Public Health Directors Association annual public health conference, Sir Chris said: “Covid cases are rising quite rapidly from a fairly high base and this is due to a number of different factors, of which BA.2 – the new Omicron variant – is a big part of it.

“I think it’s important first of all to recognize that rates are high and rising in virtually every part of England.

“This does not translate into very significant increases in excess mortality from all causes, so we still have quite low rates in terms of mortality.

“Of course, that doesn’t mean it doesn’t have any impact; if you look at hospitalizations, there’s a pretty significant number of people in the hospital now and now they’re going up again, and I think they’re going to continue to increase. for at least the next two weeks.

The number of people hospitalized with Covid-19 in England stood at 13,248 on March 23, up 20% from the previous week and the highest since January 31.

Patient levels in England are still somewhat below the peak reached earlier this year during the Omicron wave (17,120) and well below the peak of the second wave in January 2021 (34,336).

The number of patients with symptoms severe enough to be placed on mechanical ventilation beds also remains relatively low.

A total of 260 people were on ventilation beds in hospitals across England on March 23, up 10% from the previous week, but well below the 797 recorded at the peak of the Omicron wave and the 3,736 at the peak of the second wave in January 2021. .

Separate figures released on Thursday show that just over half of all Covid-19 patients in hospital trusts in England are being treated primarily for something else, up from a quarter in autumn 2021.

All patients who have tested positive for COVID-19 should be treated separately from those who do not have the virus, regardless of whether they are in the hospital primarily for COVID-19 or not.

But the rising proportion of patients who are in hospital “with” Covid-19 rather than “for” Covid-19 (55% as of March 22) is another sign that the current wave of the virus has not caused the same kind of pressure on intensive care as in previous waves.