Honduran judge says ex-president can be extradited to the US 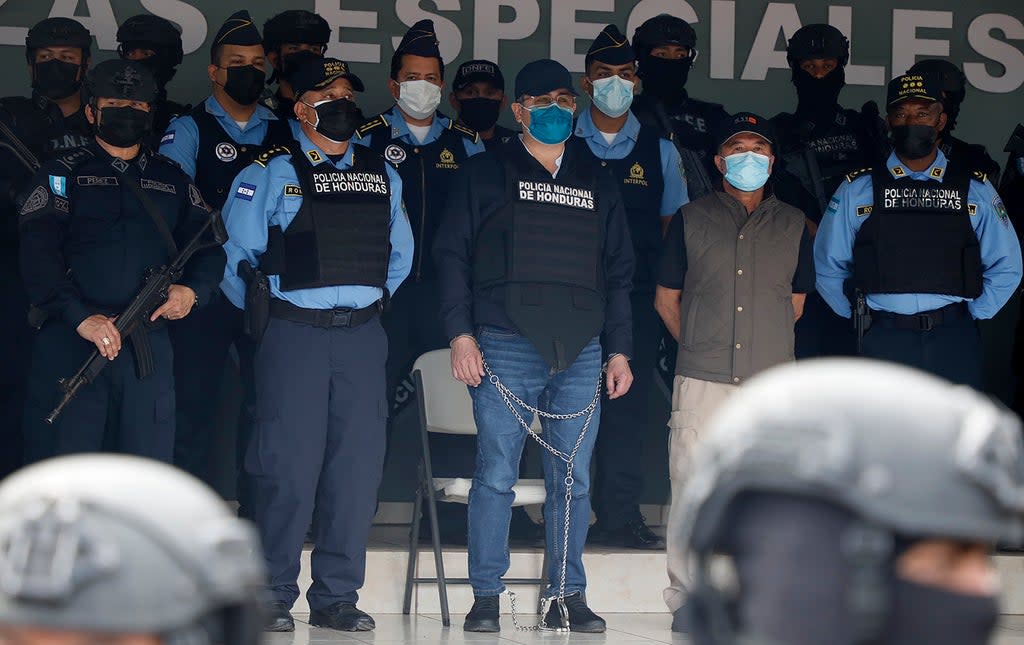 The country’s Supreme Court said Wednesday night via Twitter that the judge had decided to grant the US extradition request.

US prosecutors in the Southern District of New York have accused Hernández in recent years of financing his political rise with the profits of drug traffickers in exchange for protecting their shipments. He has steadfastly denied any wrongdoing.

Before the decision was announced, court spokesman Melvin Duarte said that during a hearing that same day, Hernández addressed the court. “In general terms, he argued about the reasons that have led to this extradition process against him, which he and his wife have said publicly,” Duarte said.

Hernández has maintained that statements against him have been made by drug traffickers extradited by his government who wanted revenge on him. He denies having ties to drug traffickers.

You will have the opportunity to appeal the extradition decision.

During the hearing, the judge presented a document sent by the United States Department of Justice through the United States Embassy in Tegucigalpa that establishes the charges against Hernández. Hernandez’s attorneys also presented at least 20 pieces of evidence in his defense.

Hernández left office in January at the end of his second term.

The judge had more time to reach a decision, but in 32 previous extradition cases, the decision was made in less than a week. All those decisions were extradition decisions.

Criminal lawyer Germán Licona said before the announcement that if the judge rules on extradition, Hernández could appeal to the full Supreme Court.

Hernández was arrested at his home on February 15 at the request of the US government.

The arrest came less than three weeks after Hernández left office and followed years of denunciations by US prosecutors about his alleged ties to drug traffickers. His brother, Juan Antonio “Tony” Hernández, was sentenced to life in prison on drug and weapons charges in March 2021.

After his arrest, the former president was led before the cameras flanked by police officers, chained at the wrists and ankles and dressed in a bulletproof vest. On Wednesday, he appeared in court wearing a blue suit but with similar shackles.

The ‘Red Sitcks’ are looking for a different idyll with Terrassa