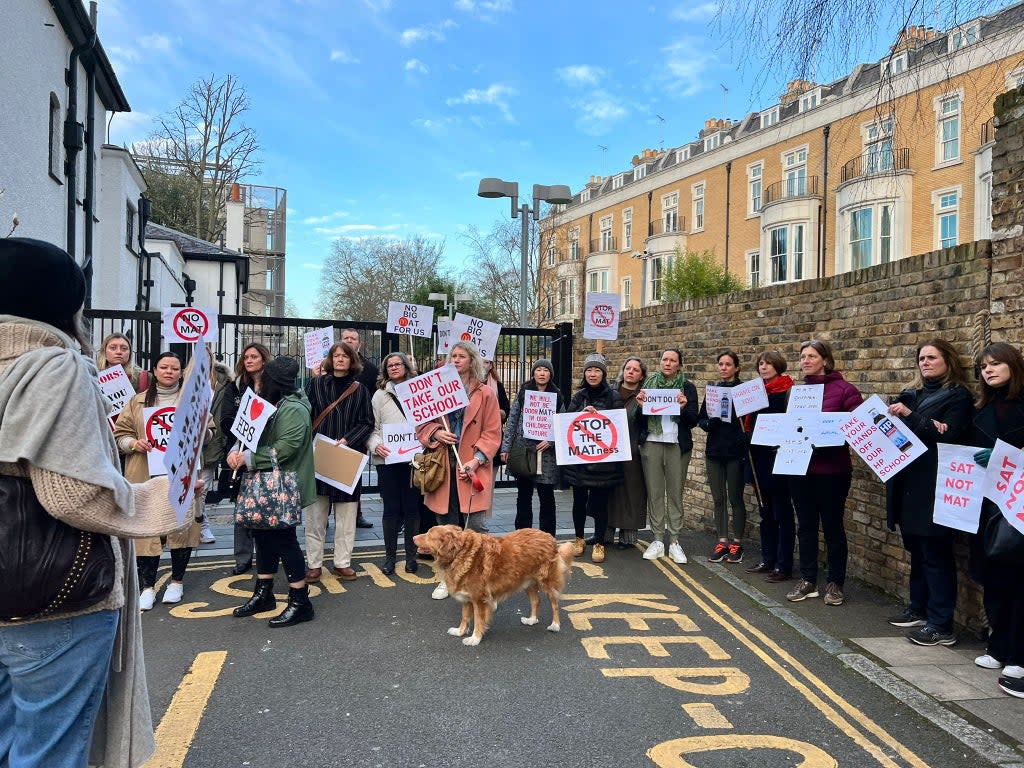 Parents at a west London school dubbed the ‘socialist Eton’ are protesting plans for the country’s largest academy chain to take over after claims of a toxic work culture.

Holland Park School, where pupils include the sons of high-profile Labor figures Tony Benn and Roy Jenkins, as well as Education Secretary Nadhim Zahawi, is in the process of joining United Learning, which runs more than 70 schools.

Angry parents say there hasn’t been proper consultation and the school is being “induced” to join a multi-academy trust (MAT). They formed the Holland Park School Parents Collective to oppose the plans, with more than 1,200 people signing a petition. Parents staged a protest outside the school gates yesterday.

Sarah Vine, the ex-wife of former education secretary Michael Gove, whose son attends the school, tweeted: “Apparently the school will be turned over to United Learning. I never heard about them. Based in Peterborough. Why is a Peterborough-based company running a school in West London? How can they possibly have any idea what is best for our students?

Jodi Bartle, who has three children at the school, said: “Parents who make up the Holland Park School Parent Collective are appalled at the speed and lack of transparency this MAT process has taken, essentially leaving parents, teachers and students without a voice in what is a fundamental change in the school. We fear that being part of United Learning will dilute the things that make Holland Park School unique, distinct and outstanding.”

The school has been under scrutiny since claims of a “toxic” work culture and “public shaming” of students were made. Four months ago, the government issued a financial notice to improve, ordering it to curb the salaries of its leaders and join a MAT.

In a letter to parents this week, the chairman of the governors said joining one was the best way to “secure and stabilize” the school’s future, adding that the United Learning Trust was the governing body’s preferred partner.

Sam Dodgshon, the Liberal Democrat candidate for the Pembridge district of Kensington and Chelsea, tweeted: “Parents have stayed out of decisions at Holland Park.”

In a letter to parents, the school said the improvement notice could have led to its closure. The letter also said that the governors had received “multiple serious complaints about the school.” An independent investigation into these will be published soon.

A school spokeswoman said United Learning is a “very strong and well-run trustworthy academy with schools in the local area.” She added: “The trust understands the community and the unique character of the school.”

- Advertisement -
Share
Facebook
Twitter
Pinterest
WhatsApp
Previous articleThe price of the dollar today in Egyptian banks. What are the reasons for the sudden increase in demand?
Next articleThe Public Prosecutor clarifies the penalties for crimes of attack against freedom