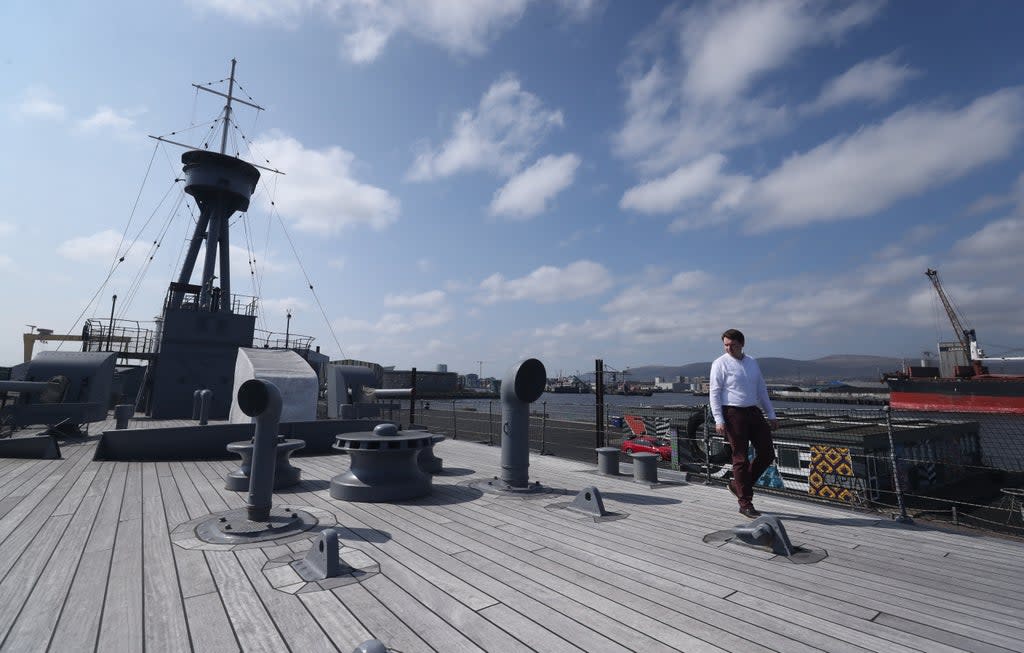 The long-term future of the historic warship HMS Caroline is secure, Stormont’s Chancellor of the Exchequer said.

Gordon Lyons said an agreement had been reached with key partners, the National Museum of the Royal Navy (NMRN) and the National Lottery Heritage Fund, to keep the historic attraction in Belfast until at least 2038.

The ship is the last survivor of the Battle of Jutland in 1916 and has been in Belfast since 1924.

It first opened as a visitor attraction in Belfast in 2016 but has been closed since the start of the Covid-19 pandemic.

Following agreement between all parties, the attraction will reopen in late summer 2022.

Mr Lyons described the ship as a “very important cultural and heritage attraction for visitors”, adding that securing its future in Belfast has been his priority for some time.

“HMS Caroline further enhances our maritime heritage assets and adds to the tourism offering for both Belfast and Northern Ireland. I hope the attraction will welcome visitors back soon and help make this area of ​​Belfast even more vibrant,” she said.

The National Museum of the Royal Navy owns HMS Caroline and will continue to operate the vessel for the foreseeable future.

NMRN CEO Professor Dominic Tweddle said the attraction’s closure two years ago was “heartbreaking for everyone at the museum”.

“Our fervent desire to ensure a sustainable future that allows us to continue conserving and maintaining it has remained; with the aim of once again sharing its story with the people of Belfast and the millions of tourists who visit Northern Ireland each year,” he said.

“With this deal now secured, we can plan a future for the ship and look once again to welcome visitors later this year.”

“Not only is the ship the last historical legacy of the Battle of Jutland in World War I, but it also holds a very special place in the hearts of the people of Northern Ireland due to almost a century of mooring in Belfast.” he said.

“After many years of behind-the-scenes negotiations, we have seen that the Economics department has finally stepped forward to secure the future of this great ship.

“We look forward to the ship’s reopening and becoming a central part of the Belfast Sea Mile.”