His hero, Mustafa Mohamed.. Queiroz receives an exceptional gift before the match between Egypt and Senegal 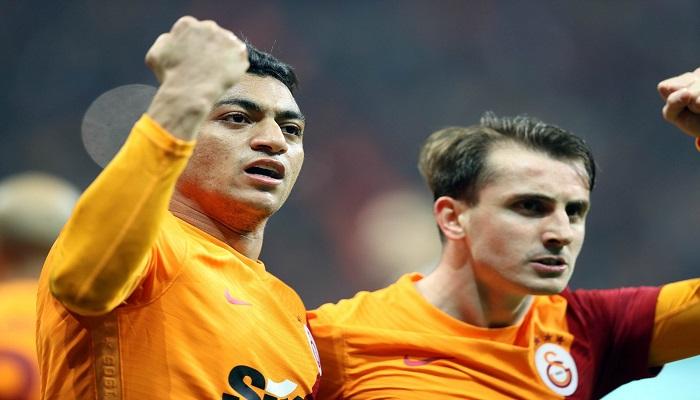 The Portuguese coach, Carlos Queiroz, coach of Egypt, received an exceptional gift, before facing Senegal, in the qualifying phase for the 2022 World Cup.

The two teams will meet in the first leg on March 25 in Cairo, and the match will resume on March 29 in the Senegalese capital, Dakar.

While Queiroz was following up on his options to face the ‘Lions of Teranga’, Galatasaray striker Mustafa Mohamed pleased him with two goals, to win 2-1 against his team, on Monday night, in the Turkish league, against the Besiktas.

Scoring two goals in one game, a mark left by the Egyptian striker for the first time with his Turkish team, which he joined in January 2021 from Egyptian Zamalek.

Over the course of this and the last two seasons, Mustafa Mohamed has scored 16 goals and 5 assists in 52 domestic and continental games for the Turkish national team.

However, Mostafa Mohamed failed to score or create goals in 7 key appearances for the Egyptian team at the last African Cup of Nations in Cameroon.

After his participation in the World Cup in Africa, Mustafa scored a goal with his Turkish team against Kayserispor, in addition to 3 assists.

Mostafa Mohamed was among a list of 9 professional players from outside Egypt, chosen by Carlos Queiroz to play in both games for Senegal in the play-off round of World Cup 2022 qualifiers.

The Egyptian striker is preparing with Galatasaray to host Barcelona, ​​​​next Thursday, in the second leg of matchday 16 of the European League, where the first leg ended in a negative draw at the Camp Nou stadium, Barça’s bastion.