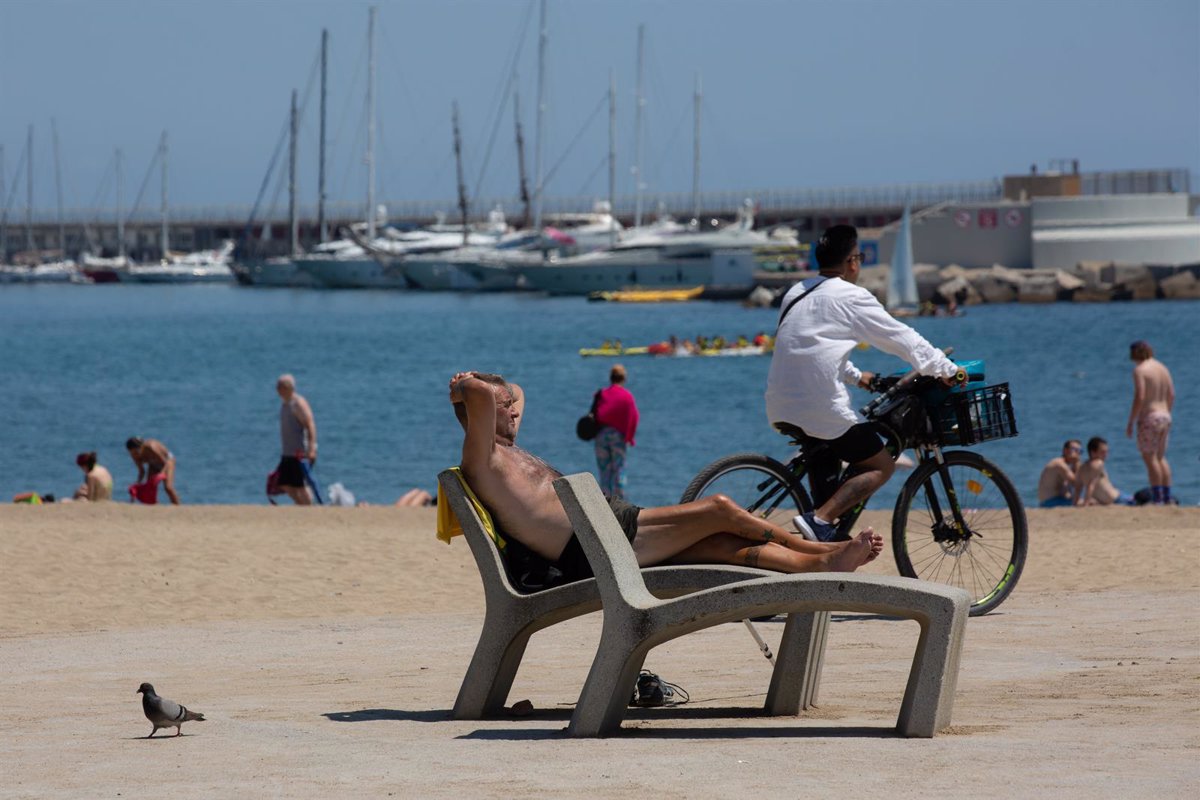 High temperatures, storms and waves will threaten 38 provinces this Wednesday in a day marked by high temperatures across much of the Peninsula, Balearic and Canary Islands, as well as intervals of strong winds across the Canary Islands and likely showers and locally strong storms in the Iberian Peninsula and Pyrenees, according to the forecast by the State Meteorological Agency (AEMET).

In addition, the provinces of Teruel, Zaragoza, Huesca, Burgos, Soria, Cuenca, Guadalajara and La Rioja are at risk of storms, while Gran Canaria, La Gomera, El Hierro and Tenerife are warned of coastal phenomena.

This Wednesday, cloudy sections are expected in areas in northern Galicia and Asturias, light rain cannot be ruled out. Instability will be felt throughout the day so showers or occasional storms are expected around the Upper Ebro and nearby areas of Castilla y León from the early hours.

Evolutionary clouds are expected across much of the peninsula’s interior, more commonly in mountainous areas to the north and east, with showers and storms that may be locally strong in the northeastern quadrant of the peninsula, mainly in the Iberian Peninsula and Pyrenees. It is not excluded that they could spread to areas of the northern plateau.

On the Canary Islands, cloudy sections are expected in the north and partly cloudy skies with medium and high clouds in the rest. Fog, stratus and coastal fog in the Rías Bajas and morning fog in the interior of Asturias and Galicia and around Ceuta and Melilla, as well as haze in the Canary Islands and in the territory of are probably the strait that tends to stay all day about to remit.

Maximum temperatures will be predominantly declining over much of the Atlantic slope and with little change or increase in the Pyrenees and southern Mediterranean slope. They are expected to exceed 38/40 degrees (ºC) in the valleys of major rivers in the south-west of the peninsula. As for the minimum, they increase in the north-east, stronger on the upper Ebro, and tend to decrease in the south-west.

In addition, trade winds blow in the Canary Islands with strong intervals in the inter-island channels, northeast or north winds in western Galicia, Levantine in the straits and the eastern end of Andalusia, and predominance of light, variable or southern component winds in the rest of the country.