Hidden City: Drugs and hunger don’t back down in the Argentinian village where the mothers were born against Paco 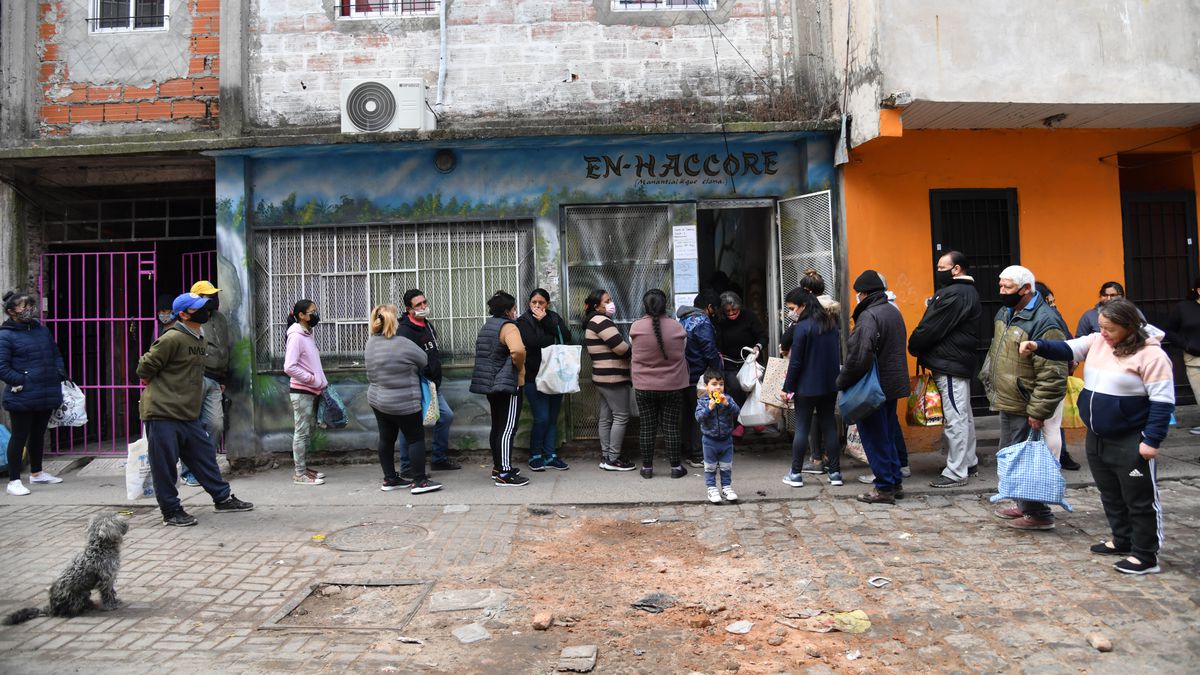 Ezequiel Antonio Arévalo wears a cap, gym clothes and a face that looks like a smile. Have 24 years. He started smoking cocaine-based paste—or paco, as they say in Argentina—at age 12. His parents died when he was born and he was left in the care of his grandparents. Before the age of four he had no one left in the world. He says he dreamed of “making easy money” and was jailed for robbery. One afternoon he was shot at home. Months later a stab wound. He felt he had reached rock bottom and asked for help. Today he is “more than a year clean”. “I’ve never given my name to anyone,” he says after the greeting. And when he speaks, he looks you in the eye.

If you’re addicted and poor in Argentina, fry your brains with Paco, made from the hangover that stays in the cocaine pot. The powder is smoked and the effect is very fast and very short, no longer than five minutes. Before the end, the addict is already thinking about where to get the money for the next dose. Users can smoke between 10 and 15 cans in a day; when combined with alcohol, this number can rise to over 60. Ezequiel knows what is at stake and that is why he has an important job today: he has become a point of reference for the boys who come to the person seeking help home of the great family of Christ, Territory of the “Villero Priests”. They are priests “with their feet in the mud”, as Pope Francis likes to say.

The Villero priests try to get young people like Ezequiel off drugs. Hard work is being done in Ciudad Oculta, a suburb of 20,000 inhabitants in the south of the Argentine capital. Ezequiel takes in addicts, accompanies them and lives with them almost every day. He charges 12,000 pesos (about $100) a month for his work. “I’m doing something that I enjoy and that is useful to me,” he says while sitting in the office of the city’s parish priest, Gastón Colombres. I tell him everything”he adds.

Those who arrive devastated by drugs are given a roof, a bed, food and psychological support. The only condition is that they are determined to take the step; that, as Ezequiel says, “his time” has come. He decided to give it a little over a year ago. “The desire to consume never goes away,” he clarifies. 25 men live in the house where Ezequiel works under the supervision of the priest Colombres. Not all are young. There is also one in the village that helps women, but for now it is an ambulance. The priests find the young people lying in the corridors of Ciudad Oculta, consuming in some corner. “They are homeless,” says Colombres.

They tell the priest of Ciudad Oculta Tonga. He is 35 years old and has been part of the pastoral team for the villas and emergency shelters since he was 20. He wears street clothes and has a River Plate flag in his office. If you cross the villa’s narrow corridor, you will find yourself in the parish painted orange. It’s Saturday and there’s a baptism. In the background you can hear a reggaeton that comes from the house, located meters away. Colombres says the drug is wreaking havoc among young people. “Not just Paco,” he says, “now we’re seeing a lot of synthetic drugs.” And ask not to underestimate the impact of alcohol consumption. Colombres has the task of accompanying, because nobody gets out of the hole alone. Less if they have an open court case or if they don’t have access to basic rights like a roof over their heads and ID. “We rely on companionship with the conviction that it is patience, closeness, affection and devotion that educate, support and guide,” he says. Then he apologizes because he has to baptize the child.

The paco is associated with poverty; and poverty to hunger. In the conjunction of this trident Bilma Acuña acts. In one of the entrances to Ciudad Oculta, Acuña and her husband Abel Meza have had it since 1993 the communal kitchen En-Haccore (“Spring of the Screamer”, in the Bible). Before the Covid quarantine, they fed 380 people. The number rose to 700 during the closure of activities and has remained at 560 today. Citizens of Ciudad Oculta come to the dining room from Monday to Friday, form a long line in one of the city’s corridors and take a plate of food. In the afternoon there is a snack. “It’s getting worse and worse for us,” complains Bilma.

Thirty years ago, when hyperinflation was ravaging Argentina, food was already being distributed in popular pots in Ciudad Oculta, and that experience is the origin of Bilma and Abel’s dining room. The residents of the time had been driven out of the city by the bulldozers of the dictatorship (1976-1983), who felt that the tin houses and dirty streets made the city ugly during the 1978 World Cup. When the dictatorship ended, people returned to the hidden city. But nothing was the same. The uprooting had destroyed social ties and solidarity. And then came the drugs.

Bilma was born in Paraguay and Abel in Chaco Province (North). They arrived in Buenos Aires with their parents and settled in the city. In 2001, one of his six children was shot dead by drug dealers. It was the year of Argentina’s economic debacle when the Paco appeared in the outskirts. “David had turned 16 and he was murdered by some guys who were protecting a woman who was selling drugs here,” says Acuña, who sits on a white plastic chair in her dining room. She decided to overcome her fear to stay in the village and demand justice. “I decided my son wasn’t going to be just another boy. And that’s when the war started.” This is how the network of mothers fighting against the consumption of Paco de Ciudad Oculta was born. The women “escrachaban” the drug dealers in their homes and force them to leave the neighborhood. In 2007, Bilma brought Isidro Ramón Ibarra Ramírez, the leader of the drug gang supplying Ciudad Oculta, was found guilty.

Bilma fought Paco and now she’s fighting hunger. The dining room was a meeting point for her and her husband from the start. “As a bridge to reach families and see their needs,” he explains. “That’s how it was. We started pointing out gender-based violence and the violence that boys suffered. We set up advocacy networks with lawyers and courts to help young people. Everything went haywire. There was a lot of violence here, the boys killed each other and the police killed them.”

The dining room offers classes sponsored by the Buenos Aires city government and houses an elementary school for adults. But the work is huge. The economic crisis and the pandemic have triggered hunger. At least something has changed in Ciudad Oculta with the demolition of the White Elephant, a 14-story building meant to serve as a hospital that has been occupied by homeless people. The White Elephant was released in 2012, directed by Pablo Trapero. Today, in its place are city government dependencies and public parks. “We miss them,” says Bilma, “because it was our wall.” And immediately he answers a question about his life: “I can’t remember being happy.”