Herzog on Turkey: “They can and must work together” 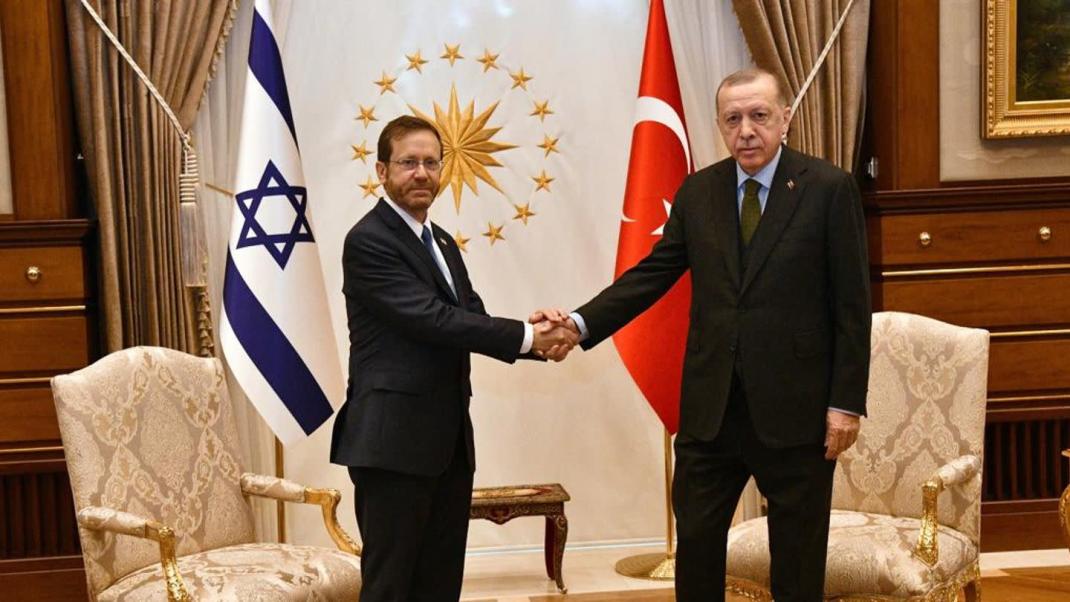 Istanbul (dpa) – For the first time in more than ten years, an Israeli president has traveled to Turkey.

Izchak Herzog said during his visit to Ankara on Wednesday that Israel and Turkey “could and should work together on many issues that are having a dramatic impact on this region we all call ‘home’.” Erdogan called the visit “historic.” He hopes to achieve a “turning point” in relations between the two countries. Both posed with a long handshake after their joint press conference.

Once-close allies Turkey and Israel fell out in 2010 after ten Turkish citizens were killed when the Israeli navy stormed a Gaza solidarity boat. In 2016 there was a rapprochement. However, since the Gaza crisis in 2018, which escalated with the opening of the US embassy in Jerusalem, the two countries no longer have ambassadors in each other’s countries. According to Herzog’s office, the last time an Israeli president visited Turkey was in 2007.

Turkey is likely primarily interested in better economic relations. Israel is also working with other countries to advance a gas pipeline project through the eastern Mediterranean. To their chagrin, Turkey has so far been excluded from this. Regarding the Ukraine war, Erdogan said that the current world political situation shows how important energy security is and declared Turkey’s readiness to cooperate.

Both countries maintain close relations with Russia and Ukraine and are in talks as potential mediators. At the initiative of Turkey, Ukrainian and Russian Foreign Ministers Dmytro Kuleba and Sergey Lavrov will meet in Antalya on Thursday.