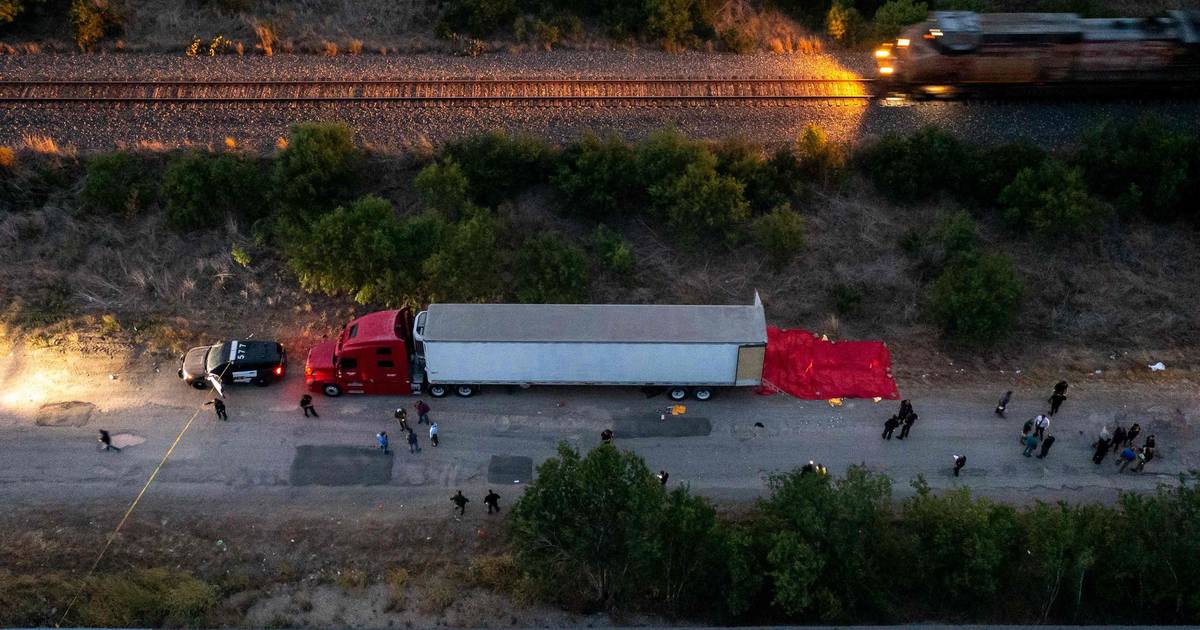 On many occasions, the illusion of embarking on the adventure of the “American dream” can end very badly for undocumented migrants. Thousands of migrants make the decision to try to reach the United States, in an effort to find a better way to live for themselves and their loved ones.

The dangers faced by migrants

However, many are unlucky to reach the Land of Stars and Stripes and face various obstacles. Some are ripped off by coyotesOthers are victims of border crime, there are also those who are apprehended by border patrolwithout forgetting those who they lose their lives in the attempt.

This is what happened to the deceased migrants, found a few days ago in a truck, in San Antonio, Texas.

High fees to cross the border

These people were charged exorbitant sumswith the promise that they would be taken to the United States.

Prices start at three thousand dollarseven if they increased according to their place of origin.

They did, however, give them a 90 Day Repeat Trip Guarantee, in case of failure. However, they did not imagine that the error would end his life.

“Three months guarantee. Three months of attempts”, such was the pact with which the smugglers seduced the migrants.

This post was shared with news vice by one of the coyotes, who works with the Northeast Cartel, one of the most powerful criminal organizations in the state of Tamaulipas, Mexico.

The heat took their lives

The individual mentioned that the criminal group was monitoring the mobilization of the 80 migrants found dead or on the verge of death in the rear cabin of a trailer.

These are prices that few people can afford. They started at three thousand dollars for Mexicans who were already in the city of Camargo, but for those from Central American countries, such as Guatemala or Honduras, the price went up to eight thousand 500 greenbacks.

According to the Bexar County Coroner’s Office, as of June 29, they had already received 53 migrant bodies. Although the identities of all are unknown, they report that at least 27 are of Mexican origin, seven from Guatemala and two from Honduras.

The truck was found earlier this week by a local worker, who heard calls for help. When authorities arrived, they noticed dozens of people dead and others with health problems from heatstroke and dehydration. During the long trip, they had to deal with temperatures exceeding 100 degrees Fahrenheit.