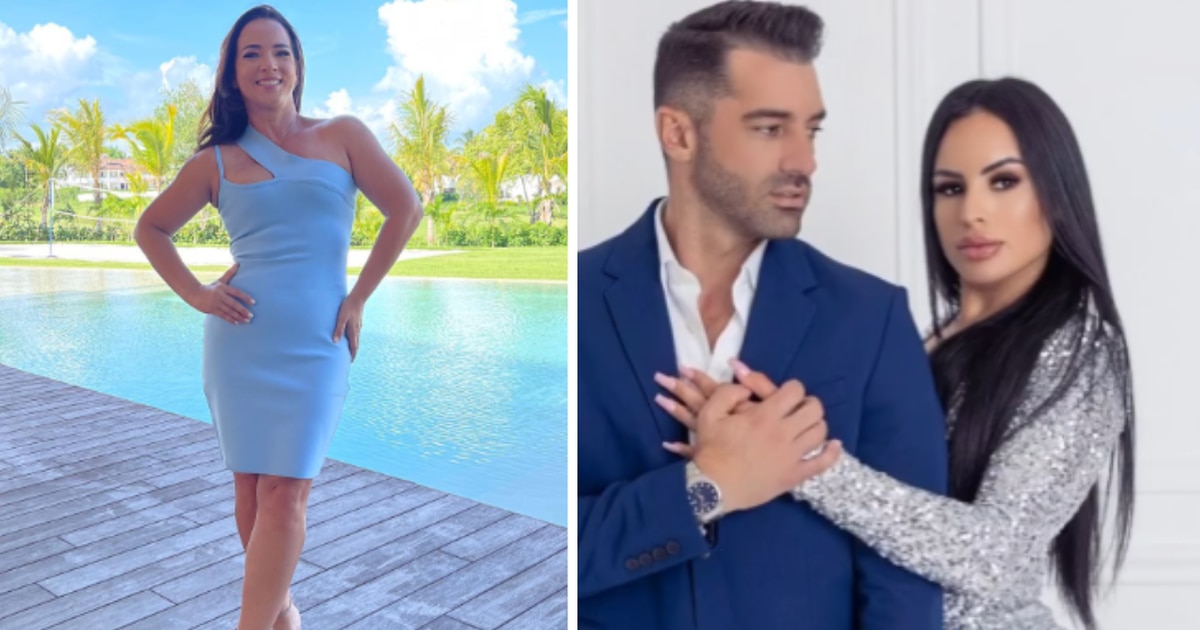 adamari lopez had remained outside the options on the participation of his ex Toni Costa in The House of the Famous, but now that the end of the reality show is approaching, he surprised with a controversial comment that undermines his image and his relationship with Evelyn Beltran.

It was during the show ‘Today’ as they talked about the controversial romance between Daniella Navarro and Nacho Casano when Adamari assured that it was not only Nacho with whom Navarro had kissed, because he had also done it with his ex.

“But [Nacho] She wasn’t the only person he was kissing. Daniella also kissed Toni.”

His comment sparked controversy in social networks, Well, many claimed that this kiss never happened and that Ada was only looking for a way to damage her romance with Evelyn Beltran.

Following the words of the Puerto Rican, Toni’s current partner, Evelyn Beltran, She did not remain silent and dedicated a few moving words of support to him.

The influencer rejected Adamari’s words, emphasizing that no one will smudge his image and that his personality was demonstrated on the taped show 24/7.

“My love, people can destroy your image or tarnish your personality, but they can’t take away your good deeds because no matter how they describe you, you will always be admired by those who truly know you best. We have learned to to know you more than ever these 84 days on a show where you are recorded 24/7 We met the big partner, the big man, the big friend, the big father, the big boyfriend and the great player. You are a man who has shown us that there are human beings who can get along with all kinds of people and keep the peace where there is war. I applaud you! -he writes next to a video where they appear together.

Beltran She was proud of her accomplishments and looked forward to the end of the reality show with the victory of his partner.

“We are very proud of all the work you have done over the past few months and I admire you. I admire you because it’s not easy to stop seeing the people you love the most and even less your princess who gives her life for her. 💞 I feel so lucky to be a part of your life and to watch you grow day by day. And as we always say, THE MORE THEY WANT TO SEPARATE US, THE MORE I HOLD YOUR HAND. SHINE A LOT IT’S YOUR TIME AND I WILL BE THERE TO APPLAUD YOU EVERY DAY OF MY LIFE. ✨ YOU ARE A CHAMPION! SO IT’S ON WITH EVERYTHING TO WIN 🥇 I LOVE YOU MY LOVE! #THE DAYS FLY FAST,” he concluded.

- Advertisement -
Share
Facebook
Twitter
Pinterest
WhatsApp
Previous articleThe beginning of the removal of the cross from the monument to the fallen of Castellón is met with supporters and critics
Next articleRiqui Puig, the solitude of La Masia’s last disappointment