“Here women and children are sacrificed, and in Germany there are discussions” 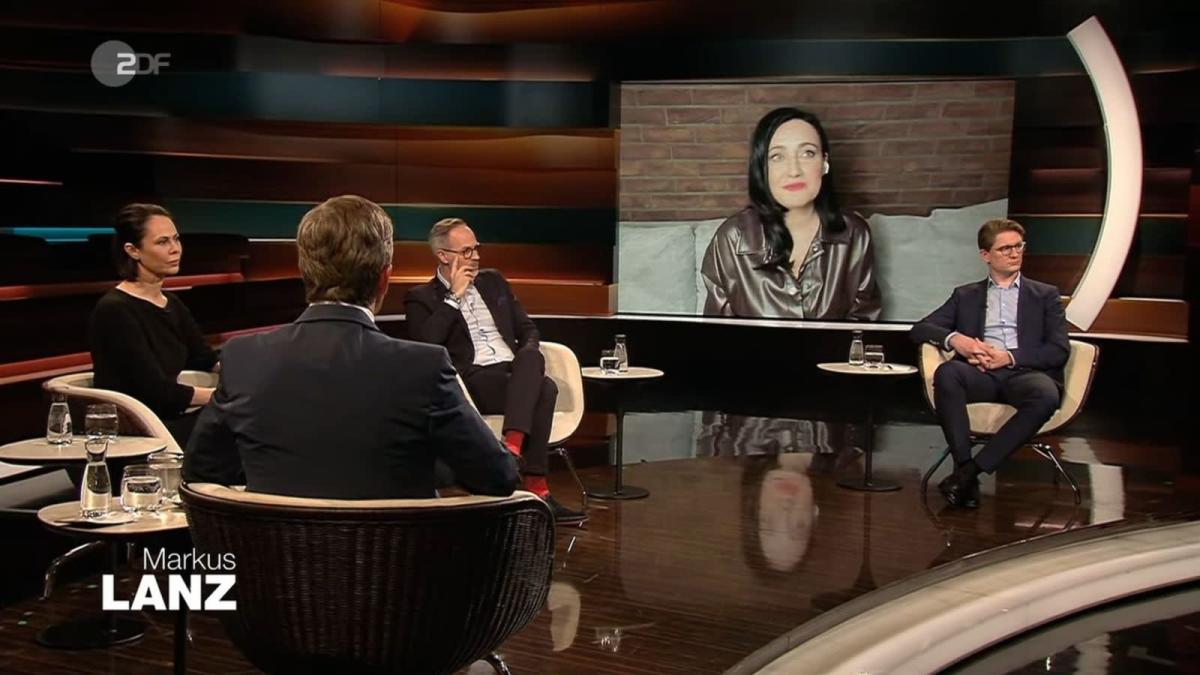 She and her three children are in Hamburg. But Natalia Klitschko’s thoughts are with her husband Vitali, the mayor of kyiv. With the support of her younger brother, Wladimir Klitschko, she organizes the resistance in the Ukrainian capital against the Russian army. “They are on the front line and fighting,” the 48-year-old said in the ZDF talk “Markus Lanz” about the two former professional boxers, who are also very popular in Germany.

Every day she receives a brief message from her husband that he is still alive, the singer told the ZDF announcer. However, she largely refrains from making phone calls, “they both have a lot to do.” Like all Ukrainians living abroad with relatives in the war zone, she is worried, “but everyone is also hopeful.”

Natalia Klitschko: “They have become true warriors and fighters”

Markus Lanz stated: “I know Wladimir a little, but I hardly recognize him. The marks of this war have been etched on his face.” An observation shared by Natalia Klitschko: “They have become true warriors and fighters. Sometimes you can see the suffering, the sadness, the anger in them. Because this war is very unfair.”

She is aware that the brothers are at the top of Russia’s murder lists. “I know very well. But they will never leave the country. They will never give the country to Russia. They will fight.” The country has fought for freedom and democracy for 20 years. The motto is: “We will never be slaves again.” This positive patriotism is palpable throughout Ukraine: “When I look at my passport, I can feel in every cell how proud I am to be part of this great people,” said Natalia Klitschko.

Journalist Solomiya Vitvitska, who was on “Markus Lanz”, had a differently accentuated message for the ZDF audience. Vitvitska, doing her job amid the daily hail of bombs and rockets, thanked the “German people” but also asked to be allowed to say “a few words for the German government.”

“We are shocked and horrified here in Ukraine that Germany, the strongest country in Europe, is reacting so weakly,” criticized the journalist. Women and children were killed by the Russian army, “and in Germany there is discussion, gossip, hope and prayer. This weakness is exactly what made the war possible in the first place.” It was no longer the time for discussions, but the time for action. “Please give us everything you have, send it faster! We need it today, not tomorrow.” Ukraine is fighting on behalf of all of Europe.

Another guest on Wednesday’s “Markus Lanz” program also called for tougher economic sanctions and a stronger military commitment. Mikhail Khodorkovsky, once one of Russia’s wealthiest oligarchs and now an archenemy of the Kremlin ruler who lives in exile in London, said: “Putin is not a normal statesman, Putin is a gangster.” For this reason, it is fundamentally wrong to repeatedly pick up the phone and talk to Putin like French President Macron. “It’s a humiliation and he revels in it.”

Enforcing a no-fly zone over Ukraine is more effective than attempts at negotiation, even if this carries the risk of military escalation. “He interprets everything else as weakness,” Khodorkovsky argued. “But if you show him strength, then he would be willing to come to the negotiating table.” A military success for Putin must be avoided at all costs: “If he now takes Ukraine, his next step will inevitably be the Baltic states or Poland.” The Russian president will not simply stop unless he is stopped. The grim prognosis of the exoliarch: “With Putin, as with Hitler, there will be a world war.”