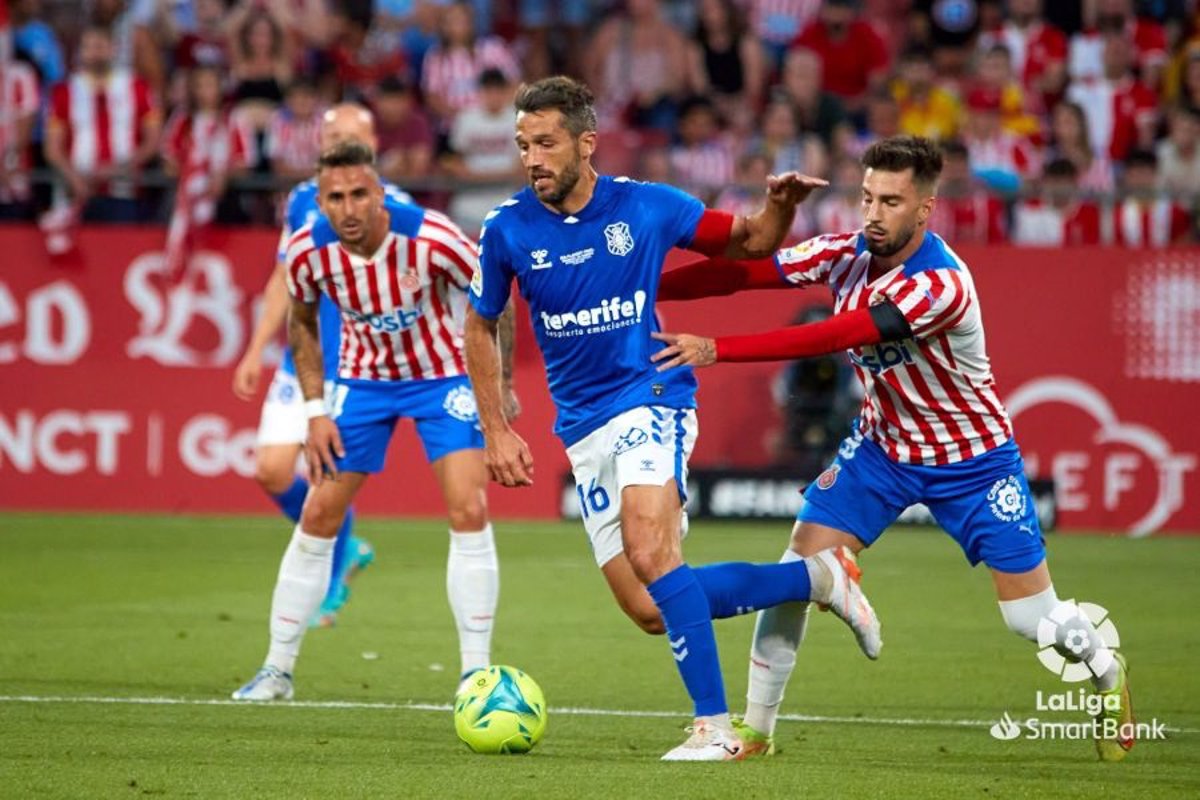 CD Tenerife and Girona FC play this Sunday at the Heliodoro Rodríguez López (21:00 Spanish Peninsula Time/Movistar LaLiga) for the final ticket to promotion to LaLiga Santander, a second leg of the “play-offs” in which the Canary Islands arrive with the advantage to be able to play at home after the first-leg draw.

The first round in Montilivi ended goalless, all in a duel in which the Catalans, playing in their third consecutive promotion final, dominated but didn’t convert their chances. Now the Tenerife hosts will decide who will join Almería and Real Valladolid in the First Division.

“The only thing on my mind is to play a good game and try to win,” explained Chicharrero team coach Luis Miguel Ramis. “Many kinds of situations can arise because the game can take place in different contexts, but we are ready to play in any circumstances,” he warned.

Not only do the Canaries have a loyal crowd to play for, but also the fact that they did better overall in the regular season; Their fifth-place finish against the sixth-placed Gironins would see them promoted in the event of a tie after extra time. At stake is a return to the top tier of Spanish football 12 years later.

Meanwhile, Girona goes to Santa Cruz de Tenerife in hopes that the third time will be the stimulus. “Girona deserved to be persistent. It was a team that always knew how to get up. They cried but managed to turn the situation around, to try again, to be back in the fight,” said Míchel Trainer the Catalans.

This time he’s hoping to live up to the sixth-seeded law, as happened in 2020 with Elche and in 2021 with Rayo Vallecano, his very executioners in the last promotion final. They will be joined by Uruguayan Christian Stuani, who became the club’s top scorer with Ipurua and hopes to make up for a lack of gunpowder in the first leg.

The Sci-Fi series continues: The Hunger Games surprises with an ingenious casting for an important character