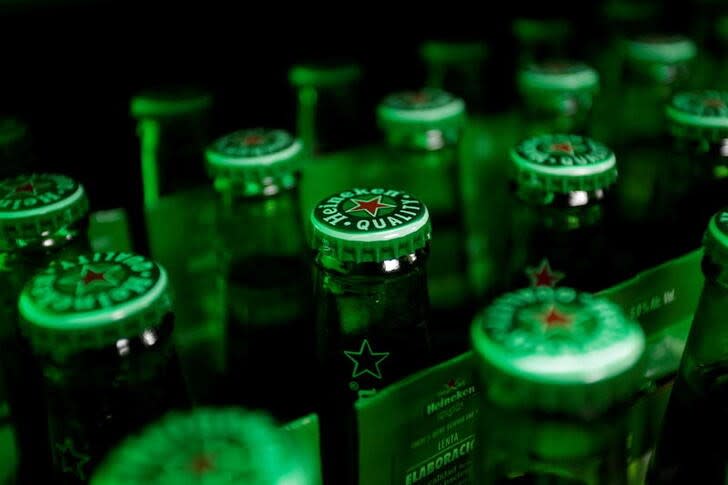 March 28 (Reuters) – Dutch brewing giant Heineken said on Monday it had decided to exit its business in Russia, at an expected cost of 400 million euros ($438 million), having previously said it would only suspend its new investments and exports to the country.

The company joins a number of Western brands closing their businesses in Russia following the Ukraine invasion, and Heineken’s move is likely to increase pressure on Danish rival Carlsberg, which owns Russia’s biggest brewer, Baltika.

“We have concluded that ownership of the Heineken business in Russia is no longer sustainable or viable in the current environment,” the company said in a statement, adding that it will not benefit from any transfer of ownership.

Heineken is the third-largest brewer in Russia, where it owns the local Bochkarev, Okhota and Tri Medvedya brands. The company said it expects an “orderly handover” and will continue business with scaled-down operations during a transition period to minimize the risk of nationalisation.

The company said it will guarantee the salaries of its 1,800 Russian employees up to a year’s fines and expects charges worth about 400 million euros.

Ukraine’s President Volodimir Zelensky has instructed international companies to abandon the Russian market after Moscow lost what it called its “special military operation” against its neighbor.

Although Heineken is a major player in the Russian market, its sales in this country only represent 2% of the company’s total. At 1057 GMT, shares were already up 0.69% at €88.06 in Amsterdam.

Carlsberg, with a 27.3% local market share, continues to use beer under the Baltika brand, but earlier this month said it had launched a strategic review of its business in the country and was suspending Russian brewing of its namesake beer brand. .