Health, environment and agriculture are led by women in Colombia 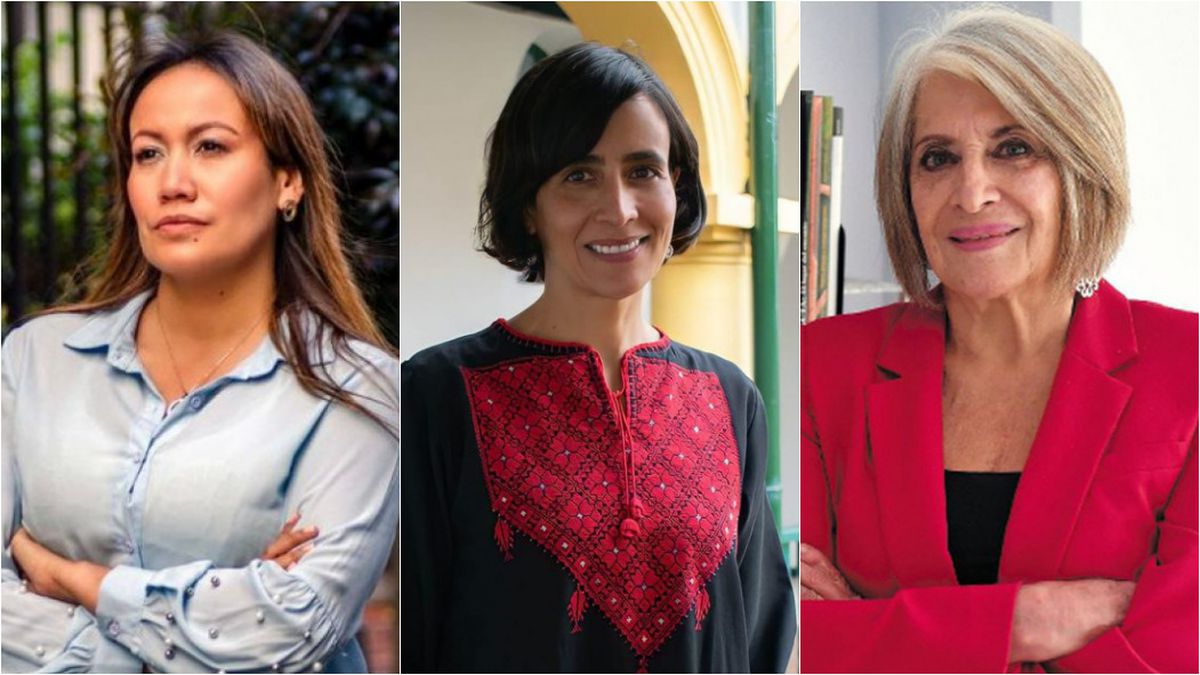 During the election campaign, President Gustavo Petro promised a joint government and this morning confirmed three women who will sit in his cabinet in the health, labor and environment ministries. Only one of them has previously worked with Petro, Susana Muhamad, who was already Minister of Environment in Petro’s Mayor’s Office. Only one of them has experience as a minister, Cecilia López, an economist who was previously Minister of Agriculture in the government of former President Ernesto Samper (1994-1998). And then there’s a doctor who’s new to Cabinet, Carolina Corcho, a psychiatrist and political scientist who served as president of the National Medical Association of Interns and Residents.

Carolina Corcho, the new Secretary of Health, is the most conspicuous name of the three due to the public debate it sparks. She is a doctor with a master’s degree in political science whose profile has recently been visible during the pandemic because she was vice president of the Colombian Medical Association and from her position spoke out against the government on how to handle the crisis. She was also President of the NGO Corporación Latinoamericana Sur.

The biggest debate about it is what to do about the EPS, as the healthcare companies that mediate between citizens and hospitals in the country are called. Cork has spoken of that EPS system. “It could happen with the transitional measures currently in place, such as universal direct referral to care providers (clinics and hospitals),” She wrote during the campaign, “and the optimization of the ADRES public fund, which receives public health funds”. Like Petro in the campaign, Corcho insisted that many EPSs have been liquidated in recent years, leaving clinics and hospitals in debt, and that they view health as a business rather than a right.

But others in the health sector disagree with this abolition of the EPS, and one of the most visible is former center-political Health Minister Alejandro Gaviria, who decided in the election to support Petro for the second round of the presidency, despite his objections to the president’s health proposal . “I think it would be crazy to end the healthcare system as it exists without having a clear alternative,” he said in an interview with El PAÍS.

When asked about his appointment, Petro said on La W radio station that “we need to tell the public that care is not the same as access to health care.” In other words, he insisted that the EPSs give all users no more than one card but not good health, that many EPSs have been liquidated and the government is in debt. He reiterated that some reforms to the system were needed – without specifying which. “You have to do careful processes,” he said. Corcho was also questioned about false comments she made during the pandemic, such as saying that the United States would not donate vaccines because allies of President Iván Duque interfered in that country’s elections (what is wrong).

The other two appointments raise more expectations than controversy. Economist Cecilia López, the new agriculture minister, is perhaps the most experienced of the three appointed today. López was already Minister of Agriculture during the government of Ernesto Samper, worked at the Ministry of National Planning in the government of Julio César Turbay in the late 1970s, at the International Labor Organization in the late 1980s and as director of the Social Security Institute in the 1990s. She was also a Liberal Party senator from 2006 to 2010, where she lobbied for important labor laws like the Care Economy Law, which financially recognizes the work of women caring for others.

Cecilia López, like the new finance minister appointed by Petro, José Antonio Ocampo, criticized the excessively rapid opening of the market during the government of César Gaviria and is more to the left of the liberal party, to which he belonged for almost his entire race. When Juan Manuel Santos’ government set up the Rural Mission in 2014 – a group of experts to advise the government on the necessary reforms that rural areas needed – he again worked with Ocampo, the head of this mission. Now he will come to lobby with him for Petro’s rural reforms, aligned with the goals of the Rural Mission, but also with compliance with the agrarian reform agreed between the FARC government and the Santos government in 2016 (and also recommended) , recently the Truth Commission).

Finally, there is Susana Muhamad, the new environment minister. She is an environmental activist and political scientist, was environmental secretary in Gustavo Petro’s mayor’s office and has been a member of her party for several years. The environment has been one of the president-elect’s campaign banners, who, in addition to ending the deforestation process, has promised a transition process towards sustainable energy and less dependence on oil or coal. Muhamad, as environment minister in the city, devised a plan in which he sought to replace the Transmilenio system buses with new hybrid buses and which sought to protect the city’s wetlands such as Thomas Van der Hammen’s wetland. an area that former right-wing mayor Enrique Peñalosa wanted to urbanize.

In an interview with Blu radio station, when Muhamad was announced as the new minister, she spoke about protecting the lives of environmental leaders – Colombia tops the list of the most dangerous countries for her. “Every time we see that the social leadership in the country has to do with the environment,” he said. “We need a human rights approach in the interactions we have with communities and systems of consultation that respect the vocations of the areas and the will of the communities.”

Muhamad comes with very clear flags against the environment and is based on the Petro program. He wants to check whether environmental permits are observed in extractive mega-projects, that renaturation projects in protected areas such as the moors are protected, that the chemical glyphosate is not used to end illegal coca cultivation, just as little as the fracking method to look for traces of gas. “We need to chart a path for a deep energy transition,” he said. “My starting position is that in this energy transition we should seek resources from the state, from society and from companies.” A moment to give wind or solar energy a new chance.