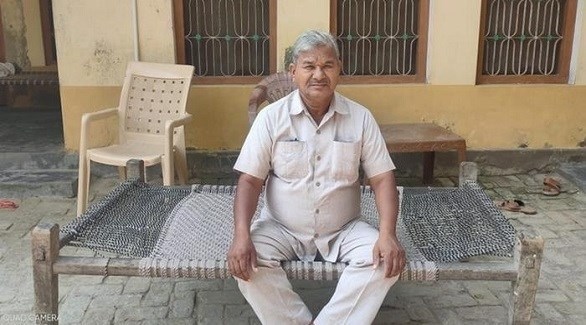 Lal Bihari is India’s most famous surviving dead, and is one of many people killed on official records so that their relatives could claim their inheritance.

It seems that killing someone on paper is not that difficult in India, all you need is to bribe some corrupt local officials, the victims are usually people who have been away from their hometown for a long time and the perpetrators are greedy relatives trying to reclaim their land or homes.

Once you’re dead on the official records, proving that you’re really alive is very difficult, especially when the people you’re trying to convince are the very people who have been paid to kill you on the records.

The story of Lal Bihari is perhaps the most famous example of the “dead” fighting in India to prove that they are alive. His problem began in 1976, when he returned to his hometown, the town of Khalilabad, in the state of Uttar Pradesh, to obtain the residence and income certificates necessary to secure a loan for his business. When the clerk first looked at him and told him that Lal Bihari had died, he smiled, but the clerk did not.

The clerk told him, “Lal Bihari died last year, I don’t know who you are.” Bihari answered confused, “But I am here in front of you. You know me. I have met you before.”

The clerk did not care what Bihari had to say and said that the official record showed that he had died on July 30, 1976, a year earlier, and that his land had passed into the hands of his cousin. Although shocked by the news, Lal Bihari was confident that he could soon put things right and had no idea that he would spend the next eighteen years fighting to prove that he was not dead.

Behari began his fight by calling a lawyer who taunted him, saying, “A dead man has come to me.” He then tried to file complaints with the local authorities, but was met by the same people who had declared him dead in the first place. Soon the locals started making fun of him, calling him a dead man and a ghost, and although he was offended, there was nothing he could do about it.

In 1980, a politician named Shyam Lal Kanujia gave Bihari life-changing advice. Instead of being ashamed of the cause of her, he should embrace her and use her to disgrace those who killed him on paper.

Among the many stunts Behari has pulled in his 18 years, he has attempted to stand in provincial elections to prove he is alive, demanded help for his widowed wife, because she was officially dead, and even kidnapped his young cousin, whom Behari believes . His parents bribed officials to announce his death, he also founded a non-profit organization to help other zombies. Newspapers started writing about him and the story of him spread all over India.

Bihari didn’t officially come back to life until 1994, but her story didn’t end there, as she spent much of her time helping other zombies through her organization, Meritak Sangh. Since then he has helped hundreds of people and has opened investigations against dozens of corrupt officials. His story was shown on the big screen in the movie Kaagaz, according to Oddity Central.

- Advertisement -
Share
Facebook
Twitter
Pinterest
WhatsApp
Previous article🎓 The first real estate investment fund to announce the acceptance of the purchase of shares in cryptocurrency
Next articleDeath of Baby Cino: Miami rapper dies at 20 after being shot 40 times