He copied Gary Vaynerchuck’s YouTube tactics and had success with them. 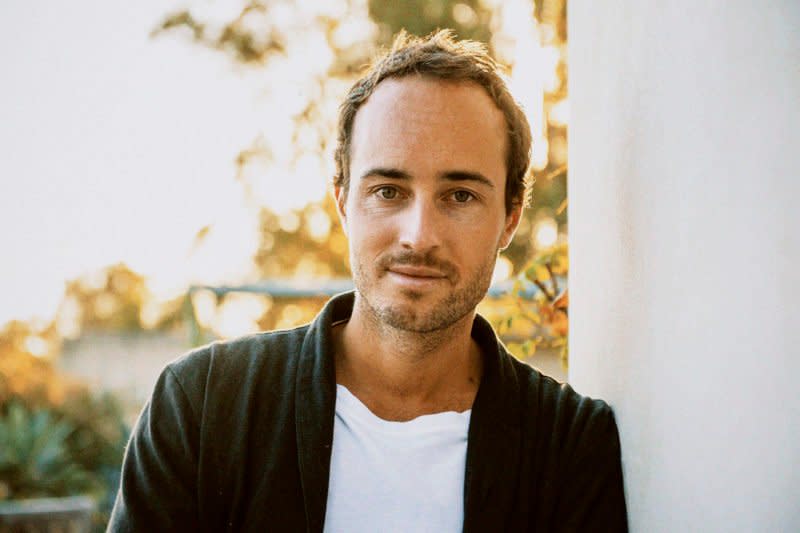 As a teenager, Raoul Bracht preferred kitesurfing to going to school. He was able to do this because his parents had moved with him and his brother from Frankfurt to Spain, at the southern tip of continental Europe. In the Andalusian fishing village of Tarifa the wind was good for kitesurfing, but he felt like an outsider. He did not know how to fish or speak Spanish. Later, at university, he was similar: studying did not suit him. He even dropped out of the first of four courses after the introductory lecture. And after a brief internship at a Viennese bank, he turned his back on a career in finance.

Instead, he decided to help his parents, Roland Liebscher-Bracht and Petra Bracht. The two had developed a therapy for pain, but failed to convince enough people of their treatment method. Raoul made it his mission to expand his parents’ idea into a working company.

He tried many things, including marketing methods that initially seemed contradictory: among other things, he offered free videos with excerpts from the therapy method on Facebook and YouTube.

With success: Today, the Liebscher & Bracht channel is the largest medical channel in Germany with 1.56 million subscribers, and there are ten million views on YouTube every month. Books on the method regularly become Spiegel bestsellers, and Liebscher & Bracht now trains thousands of doctors and therapists in his method. Raoul’s team no longer includes just her parents and an accountant, but 150 employees.

In the great retrospective interview, the young entrepreneur tells us what initially struck him as the new boss and from whom he copied his marketing tricks.

raul, When did you decide to leave everything to help your parents?

That was during my fourth attempt at college. At that time I did an internship at a bank in Vienna in the fourth semester.

Most of my classmates wanted to go into banking or consulting, and I, too, felt like the year and a half in business school was rubbing off on me. Because I was about to do a job that didn’t really suit me.

Ultimately, I felt this very well during my internship at the bank and understood two things. First: I never want to lead such a life. And second: They only cook with water. That same night I called my best friend and said, “I’m going to cancel. And I’m going to build a company out of the therapy developed by my parents.”

Who supported you in the decision?

I made the decision on my own and just had to announce it. My parents were very happy, fortunately! Because when I told them there was no going back: I had already ex-enrolled.

So what happened to you?

In reality there was only one problem: impotence when I decided to undertake. When there was no going back and then I faced reality.

In the first few days I updated my Outlook for hours, always waiting for a notification that another therapist had signed up for the training so that some money would be available. After all, there were bills to pay. (At the time, Liebscher & Bracht’s only source of income was through therapists who enrolled in L&B training, d’s note. editorial)

Can you remember a particularly difficult moment?

I remember one Saturday. In the days before, we started a mailing campaign, for which I laboriously raised the money, to draw people’s attention to our conferences. We use campaigns like this to sell our learnings. So I walked into the office the following Saturday and sent 30 minutes of prayers on the way: Please fill the fax machine with records. And how many were left at the end? Zero!

Overcome that feeling of helplessness and train yourself to keep going no matter what. That was the biggest obstacle. But it was also my greatest learning. To this day, that is one of my greatest strengths: I will not let anything stop me, no matter what.

Were there difficult times in your childhood?

The most defining moment was definitely going to Spanish school in a small fishing village without speaking a word of Spanish. It was a battle my brother and I fought every day. Assertiveness required! Feeling every day that you are a stranger and that you will never really be one of them, that made me later always do my thing. And not in the sense of being inconsiderate of my surroundings, but rather I trust my inner voice and stick to my own attitude and values.

What was your dream job when you were a child?

I remember how I often drew pictures of windsurfers. When I was five years old, I would sit on the beach for hours and watch the adults in high winds. I probably dreamed of becoming a professional windsurfer, like Robby Naish. By the way, one of the few athletes who have built a really big company out of his name, which ultimately works regardless of his and their athletic performance.

excuse me Did you get the idea to offer videos of your father’s methods for free on YouTube?

Through a Google search, I found Gary Vaynerchuck’s YouTube talk “Being a Content Marketing Animal,” which I’ve “watched” over and over ever since. Since it all made a lot of sense to me, I started building Liebscher & Bracht based on this philosophy, and in the following years I watched all of his videos at least three times.

How exactly did the principle work at Liebscher & Bracht?

Anyone who knows Vanyerchuck knows that his first business was turning his father’s wine business into a $60 million-plus-a-year online mail-order business through YouTube. In the beginning, I more or less copied their advice and experiences: first I started the YouTube channel and built an email distribution list, then I invested all the effort in the power of Facebook ads, when they were still extremely cheap, and finally Spiegel – Launch of the best selling books. And he always follows his philosophy that branding is more important than short-term sales. Looking back, one simply has to say: it worked.

Has it changed over the years at Liebscher & Bracht?

I was a child. I feel like I’ve only grown as an entrepreneur in the last few years. As a dreamer who has woken up in reality through the often harsh everyday business life, with all its challenges, setbacks and successes. But to be honest, now I miss this naive childhood dream. Let’s see if I can find a way to discover it more for myself and allow it too. This constant “thinking” about things and being “realistic,” as I call it, isn’t exactly relaxing.

How would your best friend describe you in one sentence?

Friendships are very important to me. They give you strength and make you feel at home. Friendships mean absolute loyalty and unconditional trust. And you only get that with a handful of people. There are two things that my friends keep reflecting to me. First: I am somehow different, my decisions are always surprising, nobody sees them coming. Second, they feel good about being my friend because they know they can trust me 1000 percent.

What advice would you give to other young entrepreneurs?

I have two tips. First: Find people who accompany you on your path and from whose experience you benefit and learn. But be pragmatic! Only listen to those you can verify have successfully done what you’re looking for before. Because: Talk is cheap.

Second: You hear it everywhere and now my ears are ringing too, but I think every entrepreneur has experienced it and knows it: the secret is doing. Do do do. Thinking is good, but thinking is bad. A rudimentary plan is enough, and then focus on implementing it at full speed. In the end, things always turn out differently than you think.

If you could turn back the clock, would you do anything differently by establishing Liebscher & Bracht?

I would definitely do one thing differently: bring in the best people right away. Because what is a company? They are the people who work on it. If you have a mediocre team, success will be mediocre. However, if you have a superior team, you will get the best results.

So it would make HR the heart of the company much sooner. Even today, I still get the feeling that HR is purely an administrative function or a cost block for most employers. For me it is the engine of a company that decides if I can recruit the best people and if they will accompany me for years or, ideally, decades.