He blamed “the fate of the euro”. How did Mancini justify Italy’s disaster against Macedonia? 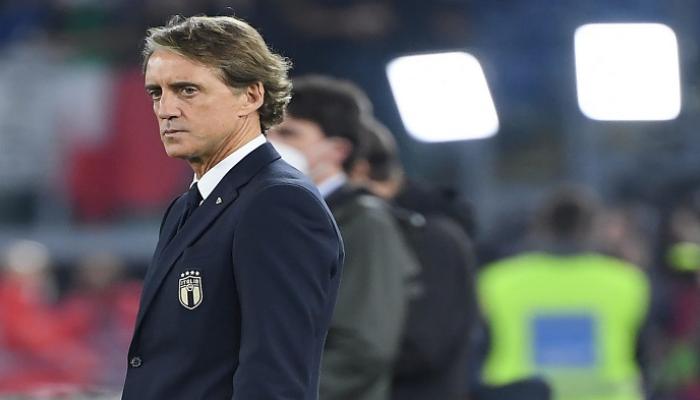 Italy coach Roberto Mancini believes the Azzurri gave everything they had against Macedonia in the 2022 World Cup qualifiers but failed to win.

The North Macedonia team pulled off a resounding surprise by defeating their host Italian (1-0) in the semifinals of the first track of the European qualifiers for the 2022 World Cup, to set a date with Portugal on March 29 in the final of the playoffs, the winner of which qualifies for the World Cup.

Thus, the Italian team, champion of Euro 2020, fails to qualify for the World Cup for the second time in a row, after failing to reach the final of the last edition, “Russia 2018”.

Mancini said, in the press conference after the match against Macedonia: “Just as winning the European Championship was the most wonderful experience of my life, this defeat was the biggest disappointment. We can’t say anything, it’s football and sometimes incredible things. “. happen, and it already happened with us”.

“We shouldn’t have been here (in the playoff) in the first place, but we did everything we could to win and it’s hard to even talk about it.”

He continued: “The victory at Euro 2020 was fully deserved, we played great football and then we had some luck, but this luck that we had in that tournament completely abandoned us in the knockout rounds.”

Regarding his continued leadership of the Italian team, Mancini said: “We’ll see, I think everyone is very disappointed at the moment.”

He concluded: “This is a group of good players and I am sorry for them what happened. On a human level, I love my players today more than last July (when they won the European Championship).”