“Harem Farouk.. A distracted life and a tragic death”… a book that reveals new secrets 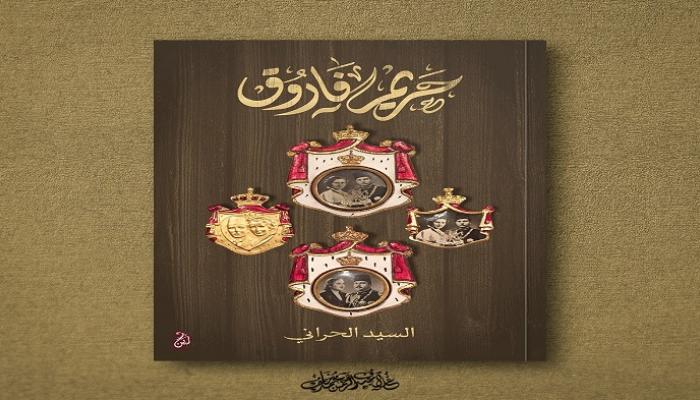 The Egyptian writer, El-Sayed El-Harrani, has recently published a book on the secrets of women in the life of the last king of Egypt, entitled “Farouk’s Harem.. A Fun, Died and Tragic Life”.

In an interview with Al-Ain Al-Akhbar, Al-Harani revealed that his book is a new attempt after almost seven decades to present a different testimony about the grandfather and the fun in the life of the last dynasty of the Alawite family that he ruled the Egyptian state for many years during which the Egyptian people witnessed the positives and negatives.

The writer points out that despite the passage of several decades since the end of the monarchy in Egypt, King Farouk was deposed after the revolution of July 23, 1952 and exiled to Italy, where he died there in 1965, but the talk about His emotional adventures still arouse controversy and disagreement among historians and writers, not least because some of these adventures may have been amplified by later political events to the level of superstition.

These stories revolve around kidnapping women and committing sins with them in front of their husbands, and the tendency sometimes to everything abnormal and unknown until the king is satisfied with their manhood and various desires, and some of them may also be wrong. , revealing that his book contains documents and evidence that confirm or disprove everything that has been raised about the king.

Al-Harani says: “The book is an objective study that tries to present the facts of history and the secrets of the past to meet the former king of Egypt Farouk I, who ruled Egypt for about fifteen years. Certainly those years bored the negatives and the positive ones whose aspects will become clear as we discuss his emotional life and the role of the harem in it, which will be reflected in the years his judgment and his actions, and then we leave it to the reader to judge this late king with conviction or justice”.

The book, which consists of 7 chapters, deals in one of its chapters with the impact of Nazli the Queen Mother on the life of her son Farouk, and how she was the reason for forming the positive and negative aspects of his personality, and also on another chapter the book deals with evidence and documents hidden facts about many stories and tales that dealt with the emotional adventures of the young king.

The writer states that he tried, as far as possible, through the documents made available to him, to put an end to what was raised about the Qisasin incident, to which King Farouk was exposed, and about the extent of the impact of that incident. about the sexual capacity of the king.

The writer concluded his speech by saying that the book also fought in the fierce competition between the king and some princes of the royal family, and the young actors and stars for the hearts of some of the charms of society at the time, especially since Many of the testimonies given by their owners confirm the beauty and lightness of shade that Farouk enjoyed from the rest of the upper dynasty which was always described as physical deformities and the arrogance and arrogance of the Circassians and the Turks.

- Advertisement -
Share
Facebook
Twitter
Pinterest
WhatsApp
Previous article🎓 ADA cryptocurrency is on the verge of a big crash… So what are the next targets?
Next articleUS bond yields hit highs in more than two years before Fed decision