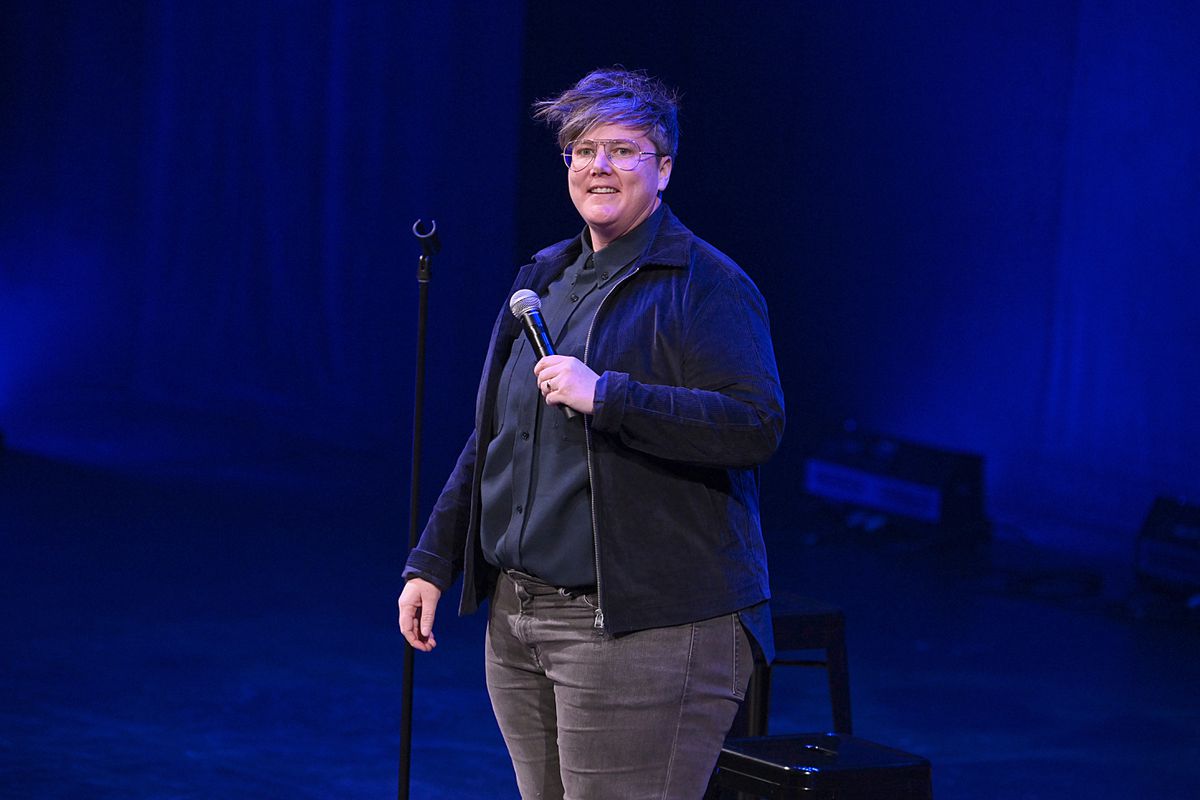 Hannah Gadsby has been doing stand-up comedy for almost 15 years, but it wasn’t until 2018 that she became a world celebrity Premiered on Netflix a special entitled Nanette, in which she spoke about her life and her lesbian love. In 2017 the show had won Best Comedy Show at the Edinburgh Comedy Awards, one of the most important awards in the world of humour. In a very short time, Nanette has become one of stand-up comedy’s most critically acclaimed and also one of its most talked about, breaking the conventions of the genre and turning it on its head.

Five years after this peak, Gadsby is now publishing his autobiography, The ten steps to Nanette (Reservoir Books) in which he tells everything that led him to write this show, in which he announced something that was never true but contained a grain of truth: that he was leaving comedy. In a videoconference interview with EL PAÍS, Gadsby explains that he began drafting the book years before the idea of ​​the monologue existed and that he signed the contract to write it in 2012, even though it was a different project at the time: a series of funny anecdotes about their susceptibility to accidents, falls and broken bones. When he started working on it, he found the pieces didn’t fit: “I couldn’t find meaning in my life.”

Gadsby could not and would not ignore the traumatic events he had experienced, such as coming out in a hostile environment, being spanked as a teenager, or suffering abuse and rape. “All of this caused me to put that first text aside and not meet a delivery date to question myself about my neurobiology and reflect on my trauma,” he says. The first process ended with an autism diagnosis and the second with the writing of Nanette.

As she explains in her book and monologue, when she told her mother that she was a lesbian, she replied: “Why are you telling me such a terrible thing? Let’s see what if I tell you that I’m a murderer? Gadsby was born in 1978 in Tasmania, an island south of Australia. Tasmania is, he writes, “a beautiful place”. But it was also a difficult place for a lesbian teenager: homosexuality was a crime in this region until 1997.

In this interview, the comedian explains that her book is also “a family portrait”, even if it is a portrait full of contradictions, nuances and difficult moments. Especially one of his mother, whom he describes as an “incredible person.” He adds: “I wanted to show the pressure of the community. It’s often easy to blame parents for what they do, but they are actually part of society. And it’s hard to raise kids when generational shifts are accelerating and becoming more complex. My mother didn’t understand the changing world I was growing up in. And that’s a difficult situation to raise a daughter.”

In his book, he recalls not only the role of the pioneers of LGBT rights in Australia, but also how toxic the debates about scrapping these laws were. The tone of these public debates has not changed, and often the same language and almost the same phrases are used in discussions about gender and identity: “You just mean another victim”.

Gadsby claims comedy saved his life. “She was surprisingly good on stage from the first moment. I was uncomfortable with every other aspect of my life, but I felt confident when I acted, and that carried over into every other aspect of my life.” Even though he found many seemingly simple things difficult, “it was never a problem to deal with Talking to hundreds of people at once.”

But in Nanette There’s a moment when he threatens to leave the comedy. Both in the monologue and in the book, she develops this idea further: for years, humor and especially the jokes in which she made a fool of herself did not allow her to tell her story well. For example the beatings he received at a bus stop as a teenager. Had he explained it the way it happened, it wouldn’t have been more “funny” and wouldn’t have offered the audience the relief of humor after all that suspense.

in the Nanette and in the book he returns to this matter, mentioning the abuse and injuries he has suffered without looking for humor: “I don’t want to associate you with laughter or anger. I just wanted my story to be heard, felt and understood.” This confused many viewers because the last segment of the monologue wasn’t funny. He partially admits it: “It’s not technically comedy,” he writes in the book: “I took everything I knew about comedy, tore it apart and created a monster out of this corpse.”

But it’s also comedy, he says in an interview: “I think comedy can be many things. And I don’t think there’s a right way to do it.” For Gadsby, comedy is “a platform of expression where the final form depends on what you want your audience to feel and how you want them to experience it. You can put people on it like that make many ways to laugh, and there are so many different ways to laugh.”

Also, comedy has to be funny, but not just for laughs. Gadbsy compares the state of humor today to that of painting in the early 20th century, when photography led artists to reconsider realism. “With social media, you can laugh whenever you want. It’s challenging because it pushes comedians to go beyond laughter, which is one of the possible outcomes.”

Gadsby never left comedy. It premiered in 2019 douglaswhere he spoke about his autism, a topic he had left out Nanette to prevent prejudice from contaminating what he wanted to explain. In his opinion, platform specials are changing the way people consume sitcoms, which are now widely seen on screens. The same douglas it premiered on Netflix a year later. “I was trying to create something that could be watched multiple times,” he explains, “with jokes that stand out or get better the more you watch the special.” It does it with what it calls call forward: at the beginning of douglas He says everything he will tell and how the public will react. He calls it that as opposed to that recallsthat occur when a comedian mentions something they’ve said before, already provoking laughter.

new is now Plant, a monologue that is his version of a romantic comedy in which he focuses on talking about communication after his marriage. “It’s more like how I used to do it before Nanette And that means I tell stories. And there are more jokes too.

Gadsby explains that the success of Nanette It gave him “the right and the confidence to experiment and an audience waiting for him.” What he likes the most and what he takes most seriously is his performances in theaters and theaters: “I’m not worried about Netflix. Netflix is ​​just money. But I am interested in the people who come to me. When I was in my twenties I couldn’t have afforded a ticket to my shows. So when I’m writing and acting, I think about this imaginary person who can’t always see what they want when they want.”