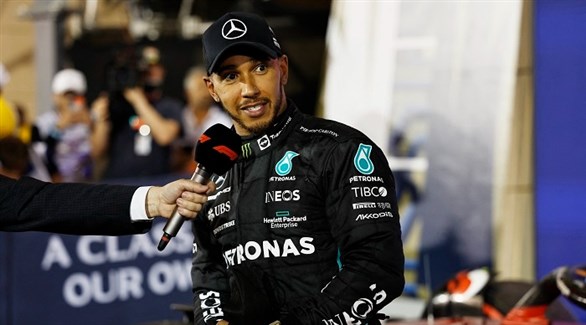 Lewis Hamilton has won a record 103 F1 races, but the seven-time world champion Mercedes driver was very pleased in Bahrain after third place exceeded his expectations.

“This is really the best result you can achieve,” said the Briton after the opening race of the season, who is sure to struggle after finishing fifth in qualifying behind Ferraris and Red Bulls.

The withdrawal of Red Bull’s Max Verstappen and his teammate Sergio Perez came as a surprise to Hamilton, who stood on the 183rd career podium behind Ferrari’s Charles Leclerc, who won the race, and teammate Carlos Sainz, who finished second.

World champion Mercedes started the new era of Formula One on the right foot, with Hamilton and teammate George Russell having technical problems with the car and warning their fans that rivals were clearly faster.

“I woke up this morning hoping to get a chance to fight, to have a better car than we thought or something, but we struggled in the race,” Hamilton said.

The 37-year-old was seven tenths of a second behind Leclerc’s pole time and looked set to remain in fifth place until the Red Bull duo were eliminated.

“Although we’re not necessarily fighting at the moment with these drivers, it’s not about damage reduction, it’s just a great result,” said Hamilton, winner of the Bahrain Grand Prix in the previous three years.

“Of course we were lucky, but in the end we did a better job.”