Hamdan bin Zayed: “Barakah” is at the forefront of efforts to achieve 2050 climate neutrality strategy 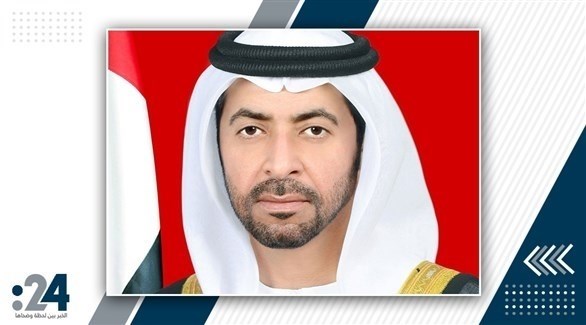 
Sheikh Hamdan bin Zayed Al Nahyan expressed his pride in the significant and successive achievements of the UAE’s Peaceful Nuclear Power Program and the Barakah Peaceful Nuclear Power Plants in the Al Dhafra region of the Emirate of Abu Dhabi, which is the cornerstone of the program. percentage of environmentally friendly electricity produced by the country, and effectively contribute to reducing the carbon footprint of the country’s economy.

leadership role
On this occasion, he said: “This achievement confirms the fundamental role of the Barakah plants in reducing the carbon footprint of the energy sector, as well as being one of the most important pillars of sustainable development in the United Arab Emirates, while at the forefront in efforts to reduce the consequences of climate change, whether in the country or in the Arab world, which reinforces the leadership role of the State in this regard, especially being a pioneer in the launch of its strategic initiative for neutrality climate 2050.

He added: “The exceptional successes achieved by the UAE’s Peaceful Nuclear Power Program confirm an exceptional leadership approach, based on path clarity and path correction, in terms of crystallizing specialized strategies with meticulous precision and deriving timed practical plans. .that leads to the achievement of the desired results, an approach that distinguished our country.Leadership given by God, capable of empowering the present, foreseeing the future, mobilizing all the possibilities of excellence and achieving national goals.

Sheikh Hamdan bin Zayed Al Nahyan expressed his pride in the Emirati competitions that support these achievements and are characterized by perseverance and determination to achieve everything that contributes to the advancement and progress of the nation. The advanced scientific and technical field, and now leads with merit and aptitude for work teams of dozens of nationalities and experiences at the Barakah stations, which gives us the assurance that our country has a unique scientific and technical human base that will be a beacon for future generations, whether within the country or in the region in general.”

- Advertisement -
Share
Facebook
Twitter
Pinterest
WhatsApp
Previous articleNicolas Cage dreams of a role in ‘Doctor Strange in the Multiverse of Madness’
Next articleBreakdown of Thursday’s Sweet 16 games at the Men’s Regionals South and West: Battle of Goliath