Halve ticket prices in Germany like in New Zealand? That’s why this step costs us 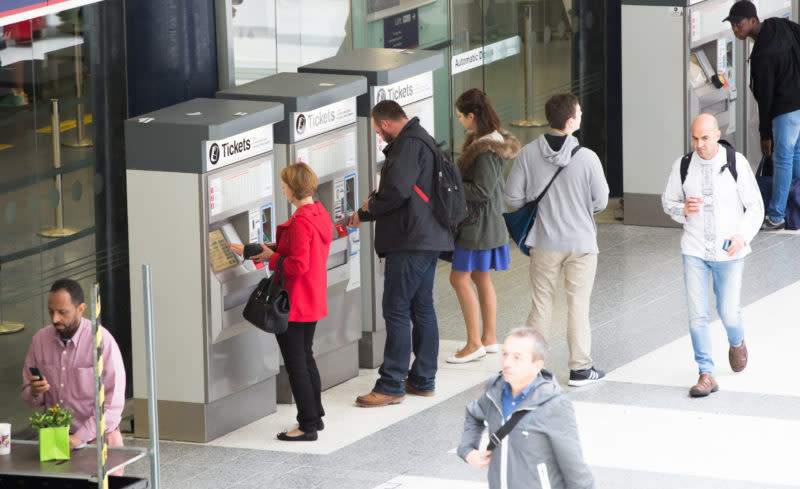 Germans complain about the steep rise in the cost of living, but things are no better for people on the other side of the world. To ease the additional burden of high fuel prices and rising electricity and heating costs, New Zealand Prime Minister Jacinda Ardern has decided, among other things, to cut public transport tickets in half. This step was greeted with jubilation on social media in Germany, but could it happen here too?

Business Insider asked transport associations and Deutsche Bahn if they were planning something similar. A Deutsche Bahn spokeswoman said the company was especially convincing with “many connections, modern vehicles and good service”. Apparently, a reduction in ticket prices is not planned.

New Zealand’s idea also finds supporters among German politicians: Bremen’s mobility senator Maike Schaefer (Greens) wants to work to ensure that ticket prices for local public transport are reduced. “I will look for a discussion at the conference of transport ministers on whether we can establish more funds together with the federal government, analogous to the Corona rescue package, in order to be able to reduce ticket prices in these times of crisis.” the politician said.

A little over a week has passed since then. When asked, the senator’s office said talks between the transport ministers were still ongoing. Schaefer’s spokesman would not comment on the likelihood of an agreement on cheaper ticket prices in Germany. The decision largely depends on the approval of the federal states led by the Union.

If you depend on the transport associations of the individual federal states, things look bad for bus and train drivers. The supervisory board of the Verkehrsverbund Berlin-Brandenburg (VBB) decides how ticket prices will develop. In the third quarter of 2022, the topic will be back on the agenda. A trend can be heard in the statements of Joachim Radünz, spokesman for VBB. “Transport companies are hit hard by the general and especially rising energy costs,” says the VBB spokesman. Therefore, many companies feared for its continued existence. Although passengers stayed home during the corona pandemic and thus ticket revenue fell sharply, “the VBB supervisory board last decided at the beginning of the year not to increase fares,” says Radünz.

A spokesperson for the Association of German Transport Companies (VDV), which represents more than 600 transport companies across the country, told Business Insider that energy costs are not the biggest issue right now. Many transport associations have concluded long-term contracts with fuel and electricity providers. “The topic will only be relevant in six months.” The loss of passengers and the associated drop in income hit them the hardest, because ticket revenue covers about 55 percent of total spending. “Cheaper tickets are not the right way to get people to change, it is more important to constantly improve the offer, increase capacities and travel times,” says the VDV spokesman.

Elsewhere, public transport users can’t expect any discounts either. The Bremen/Lower Saxony transport association says: “In view of the evolution of fuel prices, it will not be possible for us to reduce the rates.” The Rhein-Main-Verkehrsverbund was even “forced” to make an additional fare adjustment on July 1, making train travel more expensive instead of cheaper.

In New Zealand, the government intervenes

In Germany, the state recently took over the transport companies and compensated for the losses in the corona pandemic with quick aid. In New Zealand, local authorities also set public transport ticket prices. It is estimated that the discount will cost between 15.4 and 24.7 million euros. According to Treasury Secretary Grant Robertson, the government will reimburse the cost of the concession. Initially for three months.