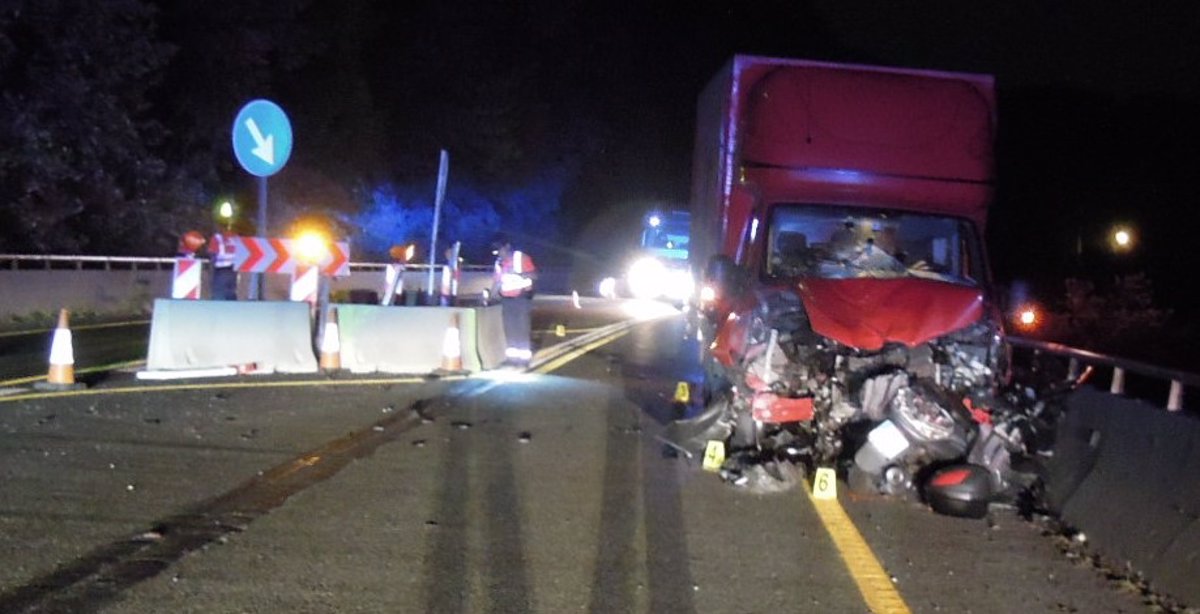 49.4 percent of drivers who died in Spain last year had consumed alcohol or other drugs, according to the 2021 Toxicological Findings in Fatal Road Accidents Report, with alcohol being the substance most frequently detected in the bodies analyzed, ahead of cocaine. Cannabis and psychotropic drugs.

A general number that represents a slight increase from 2020, when of the 597 autopsied drivers, 48.7% (291) tested positive for alcohol, narcotic and/or psychoactive drugs and had previously used either isolated or combined substances.

The report, prepared by the National Institute of Toxicology and Forensic Sciences (INTCF), obtains its findings from the autopsies of 812 drivers who died in traffic accidents in 2021, of whom the vast majority, 90.6% male and 9.4% Women, the group between 45 and 54 years of age were most affected.

Of these 812 deceased, 401 tested positive, 49.5 percent, with alcohol being the most commonly detected substance in 69.8 percent of cases, followed by drugs (43.1 percent) and psychotropic drugs (23.7 percent). 92.3% of the positives were men and 88% of these deaths were driving a car, motorcycle or moped.

According to the study, the most common profile of fatalities at the wheel is that of a man between 25 and 54 years old, driving a car or moped and consuming mainly alcohol, whose rate was 75% of positive cases was equal to or greater than 1.2 g/ L

Among young people (18 to 34 years old), accidents occurred more frequently on weekends and they had mainly used cannabis, while among 35 to 65 year olds the frequency was highest on workdays and after cocaine use, the drug used since 2016 has grown the most among dead drivers.

Regarding positive drivers in psychoactive drugs, benzodiazepines were the most commonly used by those who lost their lives at the wheel, present in 69.5%; Antidepressants (40%), antiepileptics (10.5%), opioids (8.4%) and antipsychotics (4.2%).

DANGER NOT JUST YOUR LIFE

Justice Minister Pilar Llop, during the presentation of the report at the Palacio de Parcent, called for “fighting the belief” of some drivers who believe they are “in control of themselves and their reflexes” after drinking or something have taken medicines. “There are still people who risk not only their own lives but also those of others through their malicious behavior,” he said.

Present at the presentation were INTCF Director Antonio Alonso; the director of the DGT, Pere Navarro; the prosecutor of the Road Safety Coordinating Chamber, Luis del Río; and the government delegate for the National Drug Plan, Joan Ramón Villalbí.

The 2021 report was supported by the four INTCF reference laboratories and the seven institutes of forensic medicine and forensics – Catalonia, the Basque Country, Aragon, Murcia, Galicia, Valencia and the Balearic Islands – with equipment for the analysis chemical -toxicological. This represents “an unprecedented level” as 90 percent of deaths are analyzed, the minister said.

Previous articleA drawing by Picasso, which a man was carrying as hand luggage, intervened in Ibiza
Next articleEU gas contingency plan: how states should save gas