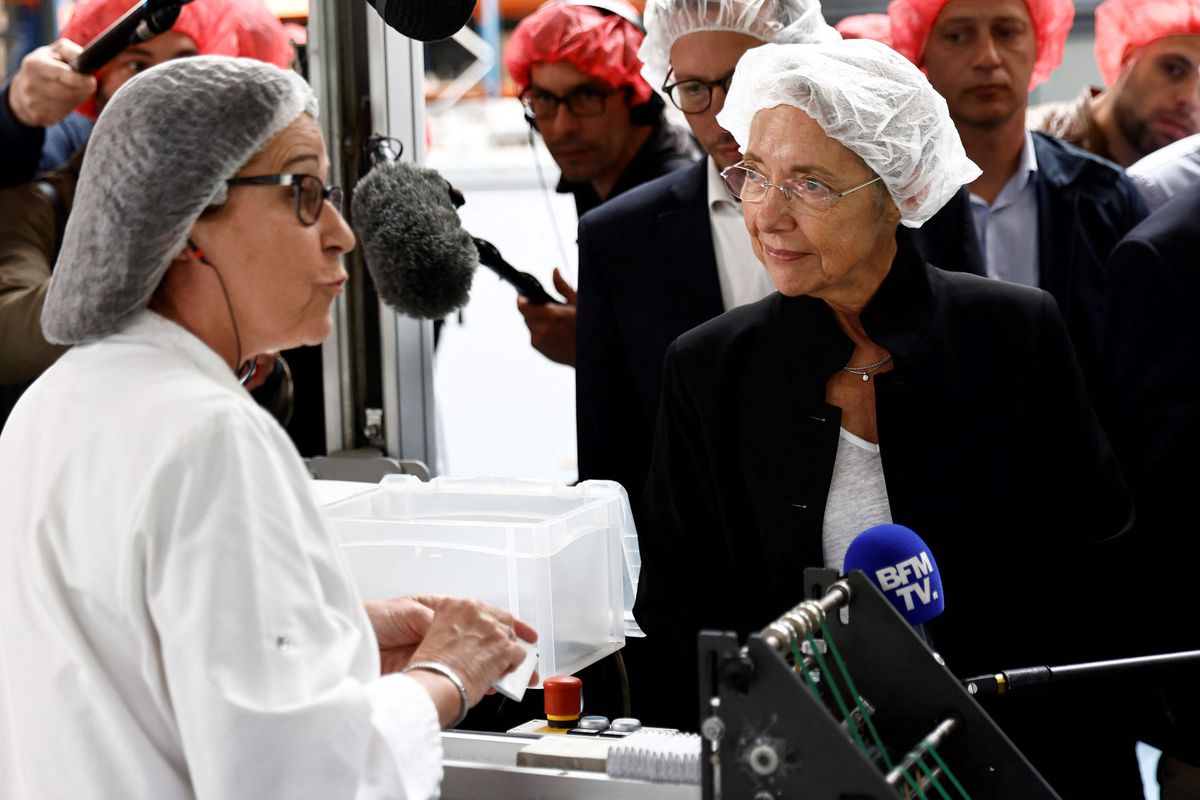 The strong possibility of not achieving what he calls a “solid majority” in Sunday’s general election worries French President Emmanuel Macron, who is risking his ability to implement the reforms promised for his second and final term, thereby cementing his position Legacy. But the appointment carries another risk: of the 28 ministers and secretaries of state appointed in May, 15 are running for a seat – including Prime Minister Élisabeth Borne – and only one, the Secretary of State for the Sea, Justine Benin He already convinced in the first round, the took place last Sunday. Macron made it clear that anyone who does not get their seat in the National Assembly must give up their portfolio. This brings even more uncertainty to a mandate that began with shocks: from the organizational fiasco of the Champions League final on May 28 to the rape allegations against one of his new ministers. The first round allowed a sigh of relief: all ministerial candidates qualified for the second.

But the respite is only temporary. The strength of the alliance of left-wing parties led by Jean-Luc Mélenchon, the New People’s Ecological and Social Union (NUPES), is shaking the Makronismo, which has also already suffered several setbacks: he was defeated in the first round by former education minister Jean-Michel Blanquer , as did former Socialist Prime Minister Manuel Valls, who could not place his macronist candidacy for the French in the Iberian Peninsula.

Therefore, no one lowers their vigilance. These are the ministers playing it:

Élisabeth Borne, a rookie prime minister in the election

She was one of Macron’s most experienced ministers, having held various portfolios since 2017 until the president elected her prime minister. Nevertheless, these are her first elections as a candidate. She does not appear to be doing badly: on the first ballot she came first with 34.2% of the vote for her constituency in Calvados (Normandy). His rival, NUPES candidate Noé Gauchard, received 24.53%. But the difference is just under 5,000 votes, so Borne has doubled his campaign trips, while his rival is appealing to abstentions – the big problem of the first round – to reverse that narrow lead.

Damien Abad, parliamentary leader of the conservative Republican Party, was for Macron the big trophy stolen from the traditional right for his second term. It quickly turned into a nightmare. Up to three women – the last this week – anonymously accuse him of having been raped or sexually abused in the past by the new Minister for Solidarity, Autonomy and the Disabled. Abad reliably denies the facts. The charges appear to be his chances of getting a seat, which were very high considering the comfortable lead he had achieved in the first round. However, growing social pressure on both him and the rest of the government over suspected sex crimes could complicate his political future.

Three members of the government on a tightrope

The most difficult race, which is almost doomed to fail, is witnessed by three historic macronists: the delegated minister for Europe, Clément Beaune; the public service, Stanislas Guerini, and the ecological transition and the cohesion of the territories, Amélie de Montchalin. The latter managed to qualify with 31.46% of the vote, but was behind NUPES candidate Jérôme Guedj (38.31%), who has already called for the second round to be turned into a “referendum for or against Macron”. In the same situation are Beaune, one of Macron’s confidants who insisted on performing in Paris despite knowing he had stiff competition, and Guerini, another – like Beaune – a former socialist who has become an “early Macronist”. became, as they call the most loyal, president.

Nine ministers hope for a seat (and keep their portfolio)

Hardly anyone doubts that Interior Minister Gérald Darmanin can triumph again in his fief Tourcoing, where he was mayor for a long time, and keep his portfolio. Head of public accounting and former government spokesman Gabriel Attal, who is almost 18 points ahead of his NUPES competitor, also has high hopes. Though with less leeway and less certainty, other cabinet members are hoping to win that first fight: Marc Fesneau to keep the farming portfolio; Labour’s Olivier Dussopt; Yaël Braun-Pivet from overseas; Olivier Véran, Parliamentary Relations; and Franck Riester from Foreign Trade. Olivia Grégoire is also aiming to retain her position as government spokeswoman. It’s more complicated for Health Minister Brigitte Bourguignon, although she hopes to prevail in the Pas-de-Calais, a bastion of the far right, against her National Regrouping rival, Marine Le Pen’s party.