Halep defeats Cristia and wins in an all-Roman match 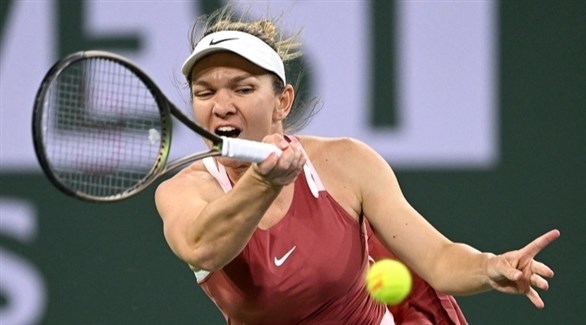 The former world number one, who won the title seven years ago, won the first set with the help of her error-plagued opponent.

Cristia led 2-0 at the start of the second set, but two-time Grand Slam champion Halep pounced and sealed victory when the World No.27 fired a backhand kick.

Blowing a kiss at the TV cameras, Halep pounded her fist in the air and cheerily waved to the crowd in the stadium after winning the all-Roman showdown. Halep achieved her 19th consecutive victory against players from Romania, without losing.

“It’s difficult to play against a Romanian player. It’s something that creates some pressure,” Halep said in an interview with Tennis TV.

“But when I enter the stadium, I only think about myself and I don’t care about the name of the competition. I have a plan and I’m trying to implement it… It felt good,” he added.

Martic, who is ranked 79th in the world, is in a brilliant state, having upset 19th seed Tamara Zidanchik in the second round, before beating US Open champion Emma Radocano on Sunday.

Poland’s Iga Chiantek made another comeback by beating former world number one Angelique Kerber 4-6, 6-2, 6-3 to advance to the quarterfinals.

Kerber broke her opponent early in the third set to advance 3-1, but third-seeded Chiantek equalized 3-3 and raced to victory and secured the qualifying ticket.