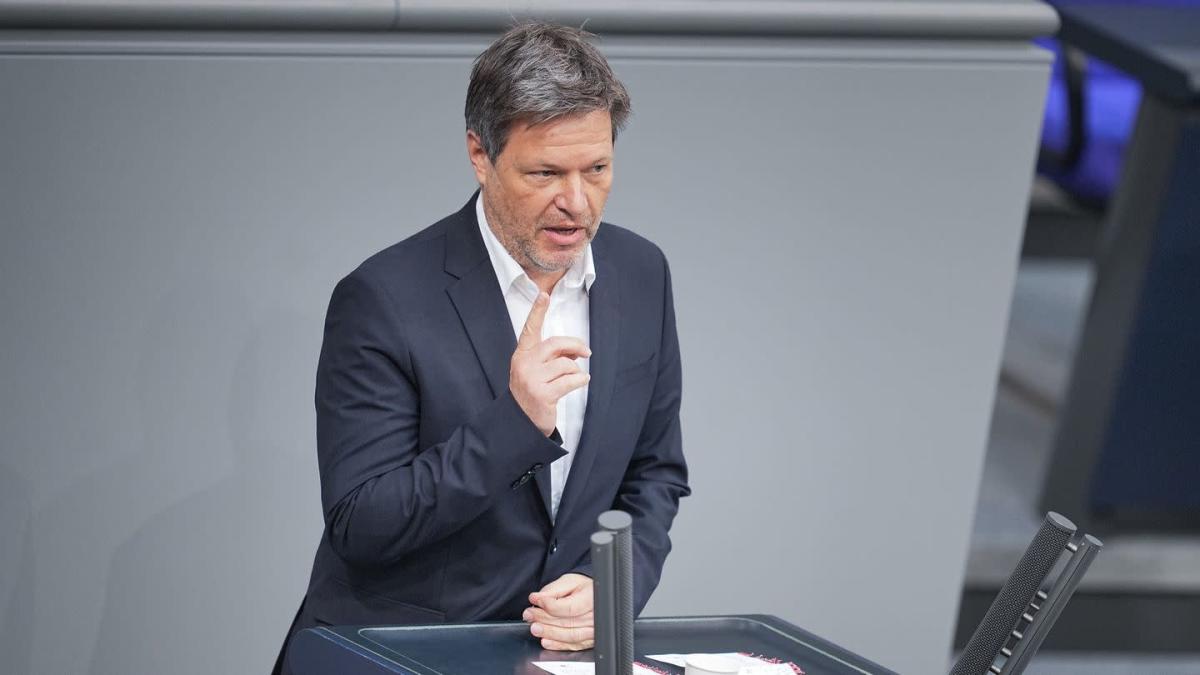 Berlin (dpa) – Federal Economics Minister Robert Habeck has campaigned in the Bundestag for new specifications to be planned for filling quantities at gas storage facilities. “In the past, we did not prepare well enough for crisis situations,” Habeck told the Bundestag.

Politicians were blind to the fact that energy policy is not just about the economy, but also about geopolitics and power politics. In addition to storage requirements, there is also a need for diversification in energy supply and savings, especially in fossil fuels.

CDU MP Fabian Gramling welcomed the project in principle, but demanded further steps, such as a later phase-out of nuclear power. AfD’s Steffen Kotré accused Habeck of not seriously considering extending the mandate.

The new specifications planned by the traffic light coalition of SPD, Greens and FDP aim to secure gas supply and curb price fluctuations. According to Habeck’s ideas, they should come into force on May 1. Specifically, the so-called market area manager, a subsidiary of all gas pipeline operators in Germany, will be obliged to gradually fill gas storage facilities up to 90 percent before December 1, 2022. The filling level must reach 65 percent on August 1 and 80 percent on October 1. Users who do not use their reserved storage capacities should lose them.

With a volume of around 24 billion cubic meters, Germany has the largest natural gas storage volume in the European Union, according to the draft. In recent years, storage facilities have become sufficiently filled. “In the winter of 2021/22, a unique, extraordinary situation arose: Germany’s reservoirs had the lowest fill levels in the last 15 years.” This drove prices up.

FDP MP Michael Kruse made serious accusations against the Union in particular: “We got into this situation because there were no regulations and, in particular, no functioning market supervision.” It has allowed the sale of critical infrastructure and has become very dependent on Russia. The Russian state-owned company Gazprom operates two storage facilities in Germany through a subsidiary, including Germany’s largest in Rehden, Lower Saxony. Ralph Lenkert, from the left, accused Gazprom of a “misleading pricing policy” and a deliberate reduction of storage capacity before winter and called for more state control in the energy sector.

- Advertisement -
Share
Facebook
Twitter
Pinterest
WhatsApp
Previous articleDue to the Russo-Ukrainian war, Egyptians say goodbye to the Ramadan holidays
Next articleHere’s why the Eagles cut Fletcher Cox, one of the best defensive linemen in team history