Habeck: gas supply for the winter is not yet fully secured 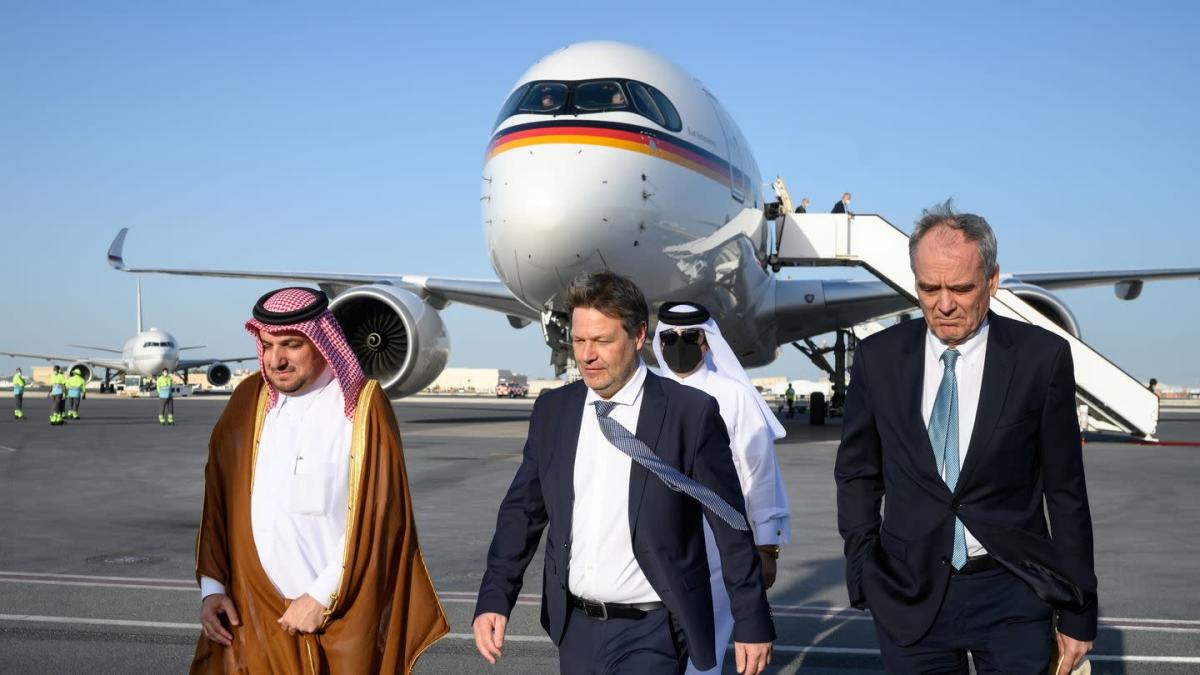 Doha/Berlin (dpa) – After talks in Norway, Federal Economy Minister Robert Habeck is now trying to get additional gas supplies from Qatar. The green politician has already arrived in the Gulf state.

The trip is part of efforts to reduce Germany’s dependence on Russian gas in the face of Russia’s war of aggression against Ukraine. Habeck was therefore already in Norway.

For next winter, Habeck still does not see the gas supply in Germany as fully secured, as he told Deutschlandfunk before the trip. “That means if we don’t get more gas by next winter and Russia’s supply connections are severed or cut off, we wouldn’t have enough gas to keep every house warm and all industry running.”

The Minister of Economy warned: “Well, gas is mainly used in industry at the beginning of the supply chain and then there is or there may be a kind of domino effect.” Habeck said of unilateral dependence on a supplier like Russia: “That was just stupid.”

Following his visit to Qatar, Habeck will travel to the United Arab Emirates (UAE) on Sunday night. Qatar is one of the largest exporters of liquefied natural gas (LNG) in the world. However, so far, the vast majority have gone to Asia. In the Emirates, the main focus is on green hydrogen.

According to Habeck, Germany cannot work alone with democracies to meet its energy needs in the future. “Many OPEC countries are problematic,” he told the “Frankfurter Allgemeine Sonntagszeitung” before the start of the trip. “But there is another difference between an undemocratic state, where the human rights situation is problematic, and an authoritarian state, which is waging an illegal and aggressive war on our doorstep. We cannot exclude all countries from rendition.” The human rights situation in Qatar has been the focus of international attention, especially since the 2022 World Cup was awarded.

The global gas market is tense, Habeck told Deutschlandfunk. “Of course, the delivery quantities can be increased, but the supplying states are not really interested in that.” You would have maximum profits, prices are high with the same production costs. “In this sense, there is already some resistance.” However, this can be overcome, for example, with longer terms of supply contracts.

Immediately before his departure, Habeck also relied on short-term contracts and deliveries. The gas hunger is so great that “certainly a good solution will be found for Europe,” Habeck said in Berlin.

The environmental organization Greenpeace demanded that the substitution of Russian natural gas for LNG imports be only a temporary emergency solution. At the same time, drastic measures are now necessary to reduce gas consumption. “It cannot be that the installation of gas heating systems in Germany is still subsidized by the state. The federal government must now implement a swift ban on new gas heating systems, an expansion campaign for 500,000 heat pumps by next winter, and a major energy saving campaign,” said Gerald Neubauer, energy expert at Greenpeace. “Economics Minister Robert Habeck should make it unequivocally clear that the exit of natural gas from Germany is a priority for him.”

Despite the hostilities in Ukraine, large volumes of Russian gas continue to flow through the country to Europe. Based on orders from European customers, 106.6 million cubic meters will be pumped through the neighboring country’s pipeline system on Saturday, gas giant Gazprom’s spokesman Sergei Kupriyanov said. The maximum contractually possible use is 109 million cubic meters of gas per day. Ukraine receives significant transit fees from Russian gas transit for its own state budget.

According to the Russian agency Interfax, no gas currently flows through the Yamal-Europe gas pipeline from Russia to Germany through Belarus and Poland. Rather, gas from European storage facilities is being diverted from Germany to Poland, which, according to the information, is also causing currently high energy prices.

Asked if he would give the go-ahead for the possible arms purchase and resulting exports to Ukraine, Habeck said: “Yes, of course.” Otherwise, none of this makes sense. “Where is the difference, now the material difference, whether the federal government supplies weapons from Bundeswehr stocks or Germany allows weapons to be supplied from other stocks?”

VIDEO: Habeck calls on OPEC to increase its production volumes