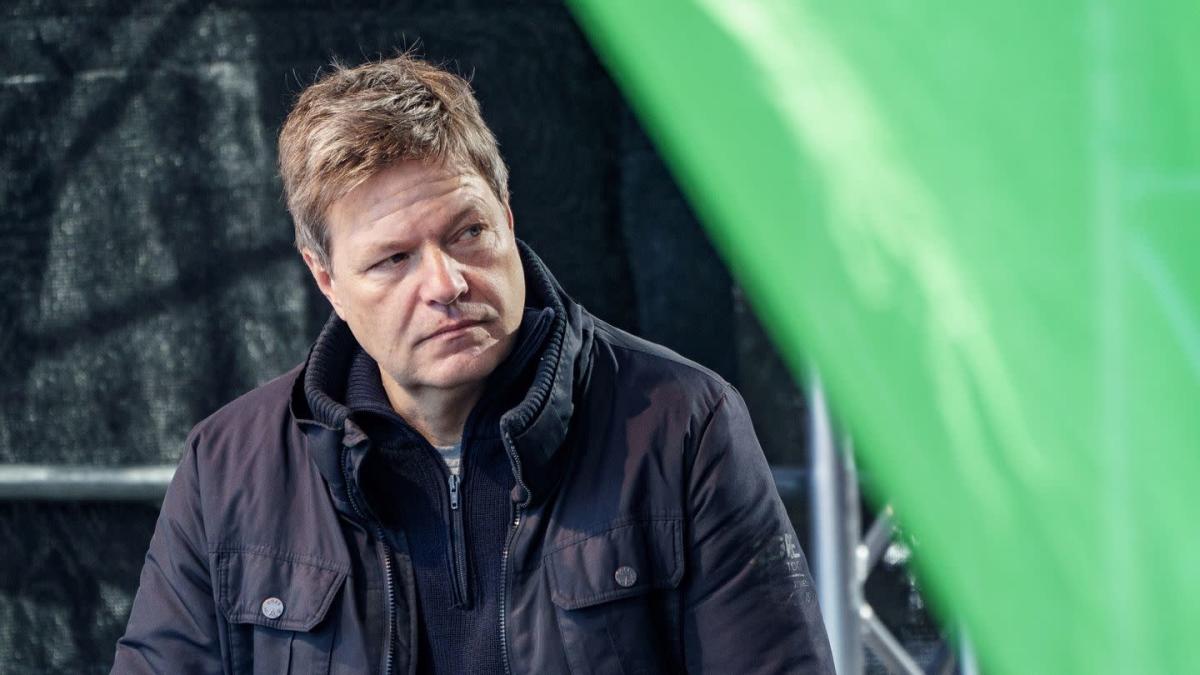 Berlin (dpa) – As a result of rising energy prices due to the Russian crisis, the federal government is considering relief. Vice Chancellor Robert Habeck (Greens) announced a new package of measures.

Price increases in the entire energy sector are overwhelming for many people, said the dpa Minister for the Economy and Climate Protection in Berlin. “Extremely high heating costs, extremely high electricity prices, extremely high fuel prices put pressure on households, and the lower the income, the more. Therefore, the federal government will launch another aid package.”

The Russian attack is driving up fossil energy prices, Habeck explained. “And all because the fear of energy shortages and speculation are heating up the price spiral.” He announced three criteria for the new measures.

First of all, there must be simplifications for electricity, heat and mobility, the minister said. “It is precisely the high heating costs that are overwhelming many families.” The Federal Ministry of Economy estimates that the gas bill of an average family in an unreformed single-family home will increase by around 2,000 euros this year.

Second, energy efficiency and savings are also needed, such as reducing consumption when driving or replacing gas heaters, Habeck said. Third, more market-based pushes are needed, so the following applies: “The more efficient, the lower the costs.”

Habeck emphasized: “These three criteria must be reflected in the aid package.” In this sense, the proposals of Finance Minister Christian Lindner (FDP) fell a bit short. “The government will now put together the overall package quickly and constructively in a working process.”

According to a media report, Lindner wants to get a state subsidy for tanks on the road. The amount has not yet been determined, the “Bild” newspaper reported on Sunday night. Therefore, the FDP politician plans that the amount be deducted when paying at the gas station. The gas station operator should be able to present the receipt to the tax authorities later. According to the daily “Bild”, a decision on the measure may be made this week.

Since the start of the Ukraine war a good two weeks ago, fuel prices have risen dramatically. Since then, diesel has risen in price by almost 66 cents per litre, and the E10 a good 45 cents.

The federal government is currently working on a credit assistance program for businesses. This is meant to support those companies that have been hit hard by the EU sanctions against Russia. As the newspaper “Bild” reported, bridging aid is also being discussed for companies that can no longer withstand the sharp increase in raw material prices. In addition, an extension of the regulation of part-time work beyond June 30 is being examined, as well as a further increase in the displacement allowance.

Union: 40 cents per liter of discharge

The CDU and CSU had spoken in favor of reducing oil and value added tax on fuel prices. No matter how a fuel price brake is designed, be it a tax cut or a discount model, these are ultimately technical questions, said the first parliamentary director of the Union parliamentary group, Thorsten Frei (CDU ) in Deutschlandfunk. One is willing to talk about “all possible models”. It is essential that citizens and businesses feel relieved at the gas pump.

Gas over Ukraine continues to flow

Despite the war in Ukraine, Russian energy company Gazprom says it continues to supply gas to Europe through the neighboring country. At the beginning of the week, the amount remained at the same high level. Today, 109.5 million cubic meters would be pumped through the pipelines, Gazprom spokesman Sergey Kupriyanov was quoted as saying by the Interfax news agency. The previous day it was 109.6 million cubic meters. Under the contract, Gazprom will supply 40 billion cubic meters of gas per year.