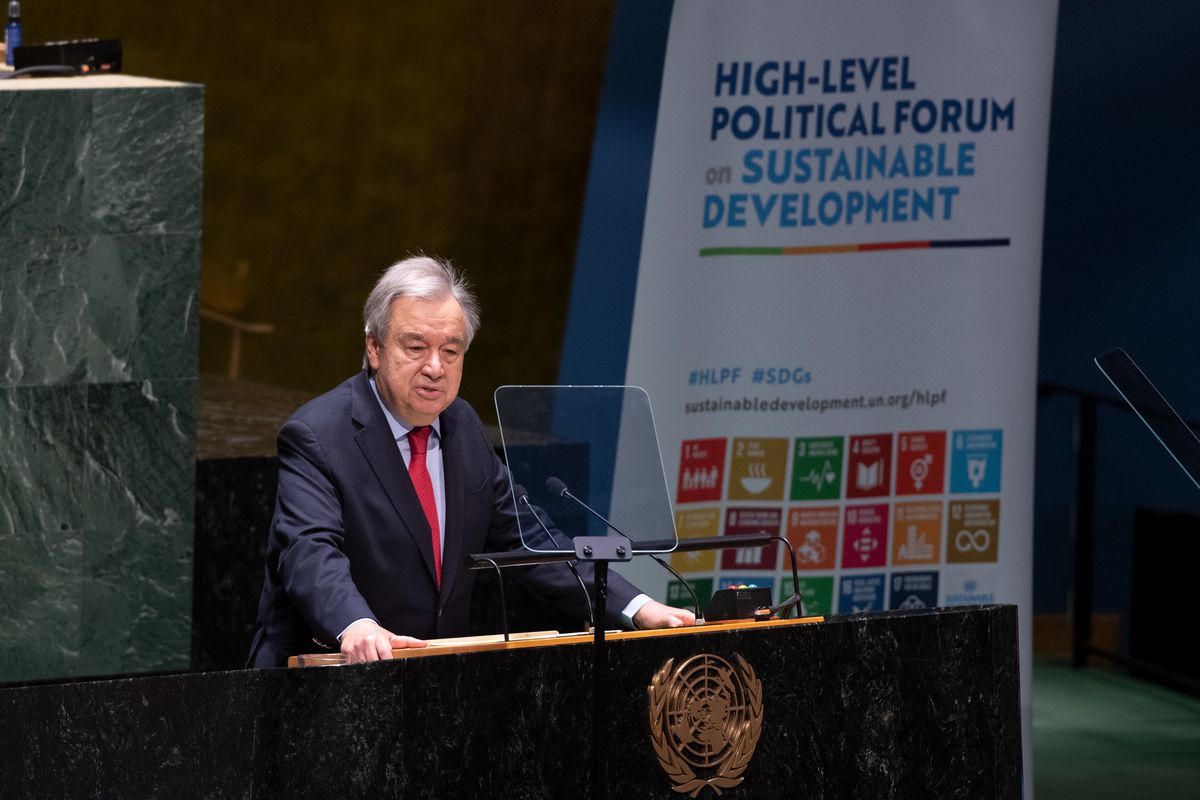 UN Secretary-General António Guterres on Wednesday called it “immoral” for oil and gas companies to post record profits amid the current energy crisis and called on all governments to tax their “excess profits”. “This grotesque greed punishes the poorest and most vulnerable while destroying our only home,” Guterres said at a news conference.

The head of the United Nations called on governments around the world to collect more taxes on these “excessive profits” and use the proceeds “to support the most vulnerable people in these difficult times”.

The Portuguese diplomat recalled that the total profits of the largest energy companies on a global scale approached $100,000 million in the first quarter of this year and that doing business in this sector entails “massive costs” for the environment.

This is what Guterres said at the presentation of the third report prepared by UN experts on the global impact of the war in Ukraine, which this time focuses primarily on the energy sector.

The document underscores that the world is in the midst of a “great energy crisis,” with countries around the world being hit by high and volatile fuel prices, with a particularly severe impact on developing countries and the most vulnerable families.

Despite a recent stabilization in wholesale markets, the UN advises that this change has not resulted in lower inflation for most consumers.

In addition to short-term measures such as energy saving plans, the organization once again called for a much more determined commitment to renewable energies, which, according to Guterres, “are cheaper than fossil fuels in most cases”.

“Governments must expand and diversify the supply chains of raw materials and renewable energy technologies,” the Portuguese demanded. “They should cut bureaucracy for the energy transition (policies) and shift fossil fuel subsidies to support vulnerable households and boost renewable energy investments,” he added.

In the face of this energy transition, Guterres called for more public and private investment and for development bank shareholders to take more risks and help countries move forward.

In this sense, he emphasized that developing countries have every reason to invest in renewable energy but lack the resources, while the richest nations are pushing them to make this transition but are not giving them enough technical and financial support.

“And some of these developed countries are introducing universal subsidies to gas stations, while others are reopening coal plants. It’s hard to justify these moves, even temporarily,” Guterres said.

- Advertisement -
Share
Facebook
Twitter
Pinterest
WhatsApp
Previous articleYuliana Estacio, the Colombian beauty queen who was allegedly burned to death by her partner’s attack
Next articleThe Netherlands officially recognizes water scarcity, although they currently do not apply any restrictions