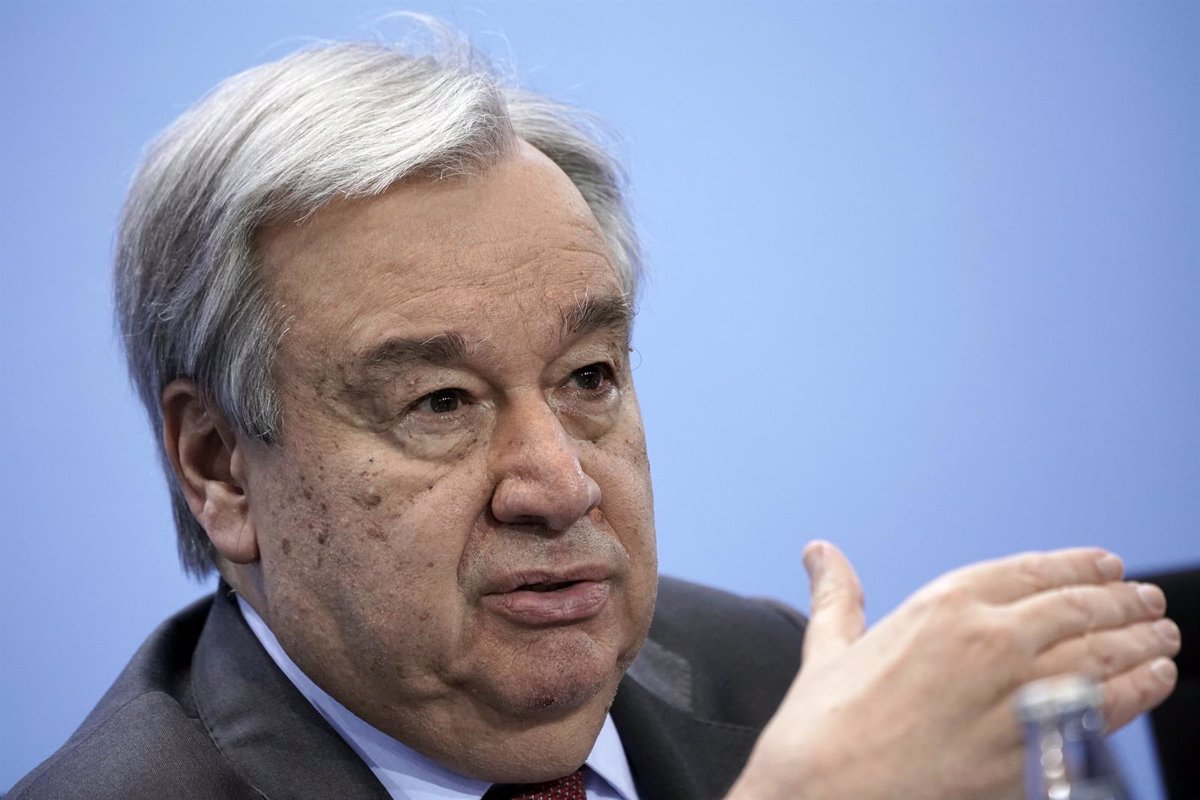 The Secretary-General of the United Nations, António Guterres, is “outraged” by the “serious incident” that occurred this Sunday morning in which troops from the United Nations Mission in the Democratic Republic of the Congo (MONUSCO) killed and shot two people have injured 14 others in the town of Kasindi on the border with Uganda.

“The Secretary-General is both saddened and appalled at the loss of life and serious injuries sustained in this incident. He expresses his deepest condolences to the affected families, the people of the Democratic Republic of Congo and the Congolese government and wishes them a speedy recovery. “the wounded,” the United Nations said in a statement.

Guterres has underscored the need to establish accountability for such events, according to the letter, and welcomed “with satisfaction” the decision of his special representative in the country, Bintou Keita, to arrest affected Monusco personnel and launch an immediate investigation in April.

“The UN has been in contact with the Democratic Republic of the Congo to urgently initiate a judicial process involving victims and witnesses in order for the appropriate sanctions to be imposed,” the letter reads.

For his part, Keita announced hours before the joint opening of an investigation into the incident with Congolese authorities, saying the reasons behind the incident were “inexplicable”.

“In the face of this unspeakable and irresponsible behavior, the perpetrators of the shooting have been identified and arrested pending the completion of the investigation already begun.
in cooperation with the Congolese authorities,” he said in a statement, adding that the number of soldiers arrested was 67.

This Sunday at least two people died and 14 others were injured when MONUSCO troops fired on the population in the town of Kasindi, North Kivu, for reasons still under investigation.

A spokesman for civil society in the city of Beni has reported the tally of casualties and assured that the “blue berets” prevented protesters from entering Congolese territory, according to radio station RFI.

It should be remembered that since the beginning of last week the people of the eastern Democratic Republic of the Congo have held several demonstrations to demand the withdrawal of MONUSCO because, according to the protesters, in their mission to restore peace in the country, has failed.

The riots began on Monday when violent protesters stormed a MONUSCO building in the city of Goma, North Kivu province. At least 22 people died in the protests, which later spread to several cities across the country.

MONUSCO has been stationed in north-eastern Congo for more than 20 years to shore up peace in the country despite the presence of some 130 different armed groups vying for control of the DRC’s vast natural resources, which include copper, Cobalt and gold belong and diamonds, particularly in the extremely violent provinces of North Kivu and Ituri.

Right now, the head of UN peacekeeping missions, Jean-Pierre Lacroix, is in the country’s capital, Kinshasa, to smooth out with Congolese authorities, as he did in Mali a week ago.

- Advertisement -
Share
Facebook
Twitter
Pinterest
WhatsApp
Previous articleBarcelona Airport returns to pre-pandemic traffic without opening up on the future of its expansion
Next articleBuy or pre-order PS5: New opportunities at the beginning of the month