Gustavo Petro or Rodolfo Hernández, a president to sew a country 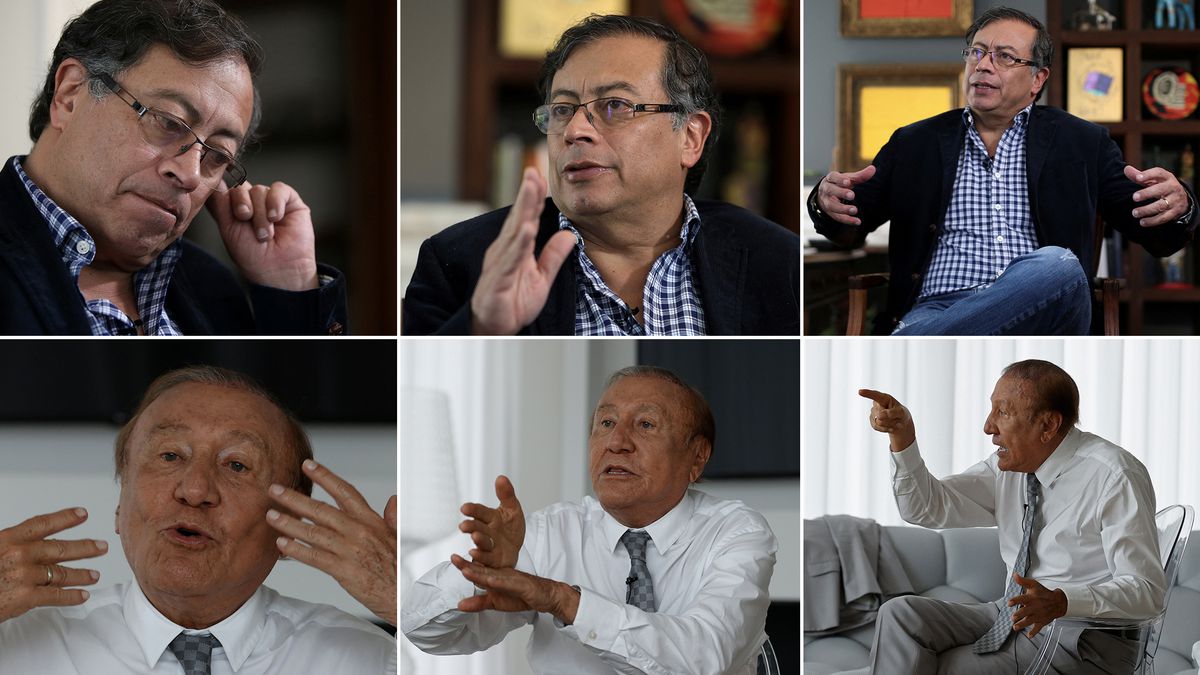 The Colombians arrive exhausted and stunned this Sunday. The strangest campaign remembered in the country has left a sense of unreality. There is no certainty until the votes are counted this afternoon. Gustavo Petro and Rodolfo Hernández, two unprecedented presidential candidates for a country always ruled by the conservative elite, face off in the elections after a fight that the polls have brought to a technical tie.

Petro is facing what will surely be his last chance. The leader the Colombian left is rallying around has never been so close to the presidency. Three weeks ago he made it into the second round as the winner with a whopping 40% of the votes. A large majority, but not enough to win. Analysts wondered if that was the cap for the Petro. Increasing that percentage cost him his life. Petro thought he would have to face what he had fought against all his political life: Uribism, the traditional parties, the political elite, the establishment. But all of that, packaged in the character of Fico Gutiérrez in this campaign, was already defeated. Petro fought with ghosts. 60% of the country voted to move to first class and those who don’t want Petro (and there are many) chose the foul-mouthed and disruptive Rodolfo Hernández as their Trojan horse. A Trumpist-style candidate who has quietly received enough voting capital to campaign this Sunday.

Hernández’s short second-round campaign seemed to be very long. If the voting had taken place a week after the first round, he would have won by a certain margin. But there were two more, and it was during this time that attention fell on him. Videos of his controversies as mayor of Bucaramanga surfaced and his popularity waned. Gossip against the Virgin on a TV show in such a Catholic country didn’t help either. Petro’s strategy, then, was to keep the focus on his opponent rather than him, not an easy decision for someone who views his character in terms of Wikipedia. The referendum, his strategists thought, should not be about Petro but about Rodolfo. That balanced the forces and caused them to arrive inches apart.

People are scared. Some for Petro, others for Rodolfo. Everyone hopes that tension will reignite the social explosion and that discontent will take the streets again. The possibility of a narrow victory for one of the candidates, or the option that one of them does not accept the result, could overwhelm tensions and spark the protest that has been a latent reality in Colombia since 2019. The same one that paralyzed entire cities across the country in 2021, leaving dozens dead, most of them young, victims of police repression.

This created a sense of historic urgency. These are not just any elections with the usual candidates. At stake is the reactivation of the peace process held back by the current government of Iván Duque, the promotion of a tax reform that will help balance the state’s deficit accounts and the search for mechanisms to integrate young people without jobs or access to university studies who a large critical mass forms established order. Whoever becomes president has the task of stitching together a country that is anxiously beginning a new cycle.

The undecided have the last word. Some surveys calculate them at 10%, which can tilt the balance one way or the other. Petro has made it his mission to convince them that if they don’t want to vote for him under any circumstances, then neither will they vote for a candidate who has a proven track record of being ignorant of the basic workings of some state institutions and serious about the case of corruption, for which he will be sentenced within a month. Hernández says he would govern part-time between Bogotá and a farm in his city. A phrase that’s rife on the street these days is that neither is convincing and that in many cases the logic of the lesser evil is applied.

The Colombian left has never been in a situation like this, just yards from the inauguration of a president. Power seemed forbidden to him. There have been progressive governments, but never an openly leftist one. For the FARC guerrillas, this political option was associated with violence. Petro’s militancy in the M-19, an urban guerrilla with a democratic vocation, helps perpetuate that stigma. What is considered normal in other countries, such as protesting on the streets, is considered an act of dangerous subversion in Colombia. Petro has internalized that this and no other is his moment, the moment of truth. It would be ironic if he were defeated by a more populist candidate than he was when he espoused more one-sided doctrines. In any case, to have come this far means advocating that governments of different persuasions can take turns in the country without causing tragedy.