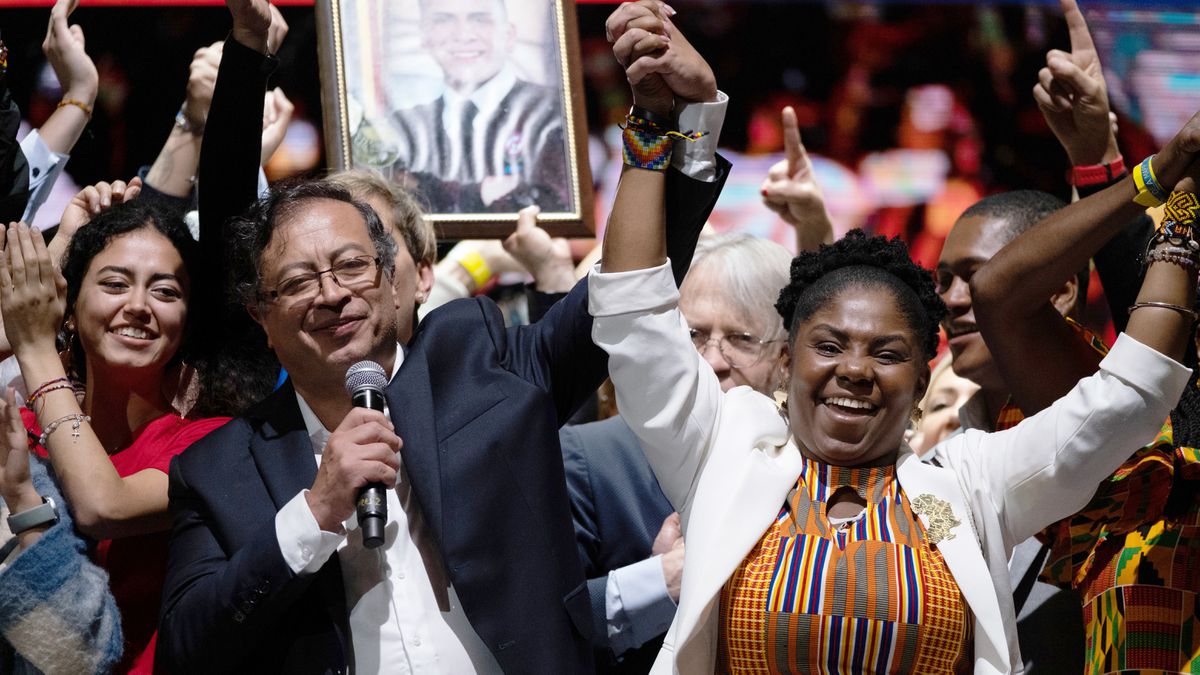 Colombia entered a new political era this Sunday. The left will rule the country for the first time in its history for the next four years. Gustavo Petro won the elections with 50.4% of the vote against 47.3% for the populist candidate Rodolfo Hernández. The historic pact’s overwhelming victory confirms the desire for change among Colombians, who have turned the page of decades of conservative governments. The three perk points banish the ever-present spirit of cheating and end the most tense campaign Colombia has ever known.

Petro, with an absolute majority, overcame the opposition that was aroused by some of the citizens simply by mentioning his name. This was his fight against Rodolfo, but above all it was a fight against himself. The antipetrismo is enormous in a country marked by the violence of decades of conflict. For many Colombians, Petro, a former M-19 guerrilla and leftist vanguard, embodies everything they have always wanted to keep out of power. Those who would rather vote for someone other than him. Those who have always been the majority. Until this Sunday.

“As of today, Colombia is changing. Is another. It’s not a change to take revenge or stir up more hatred,” he said in his first speech as President-elect. Up there on stage, where he had so often tried in vain to see himself, Petro made his first decision, with enormous symbolic power. He urged prosecutors to “release all young people” arrested during the 2021 protests and social outburst. Sunday’s polls reflected fatigue due to deep inequalities in the country and boredom with the traditional ruling elite that has been reflected in the elections for years. A discontent that ignited the protest in 2019 and which in the past year has paralyzed entire cities and left dozens dead, most of them young, victims of police repression. The protest was also present on the left’s first night in power through the mother of Dilan Cruz, a young man killed by police in 2019.

Petro has big challenges ahead. Don’t abandon those who hope his rise to power will make a real difference in their lives. But also to unite a broken and divided country. His campaign promises include sweeping changes that will require broad majorities in Congress that he doesn’t expect in advance. The President-elect proposes changing the country’s production model and embarking on an energy transition to reduce oil dependency. Also, end hunger and reduce poverty, which today affects 39% of Colombia’s 51 million people.

This Sunday was a day of first times. The country will have the first black woman vice president in its history. Francia Márquez, the Afro-Colombian environmentalist who was forced to leave her territory under threat of death, will become Minister for Gender Equality. A hard-fought victory, even for Petro himself, who didn’t realize for a long time that she was his Nnumber two. Márquez became the big phenomenon of the campaign and a catalyst for voices few could measure. The Afro vote, that of women, that of territories, that of those she called “nobodies” and reflected in this single mother, the face of all violence in the country, and that today comes from her top of the executive branch. “We will reconcile this nation, we are committed to peace. We are committed to dignity and social justice,” she said Sunday night, becoming what a woman like her had never achieved in this country.

Petro’s third presidential election forced the candidate to turn his political axis. The one where he was housed for decades fighting against established power. The big traditional parties, Uribismo, the political and economic elites. But the enemy was different. The Colombians defeated the status quo in the first round on May 29 by voting for change. The one that Petro represented and the one that represented the enigma that Hernández represented, a brash and foul-mouthed Trumpist-style businessman who campaigned on social media. He was ahead in the polls even after the first ballot, garnering all the influx of conservative votes that Gutiérrez had orphaned.

But the campaign was very long. His strategy of hiding on Twitter and directing from Facebook but not showing himself in a single debate, added to the serious corruption case that’s ravaging his mayor’s office, weighed on his start. Before him, a man who showed a profound ignorance of the country and its institutions, the former guerrilla petro became the change that made sense. Hernández fought to the end, but quietly withdrew that same election night. “I called Gustavo to congratulate him on his victory and to offer my support to fulfill the promises of change that Colombia voted for today.”

The President-elect, who throughout the day had repeatedly insisted on the possibility of voter fraud on his social networks, ended the day euphorically. “My name is Gustavo Petro and I am its President!”

The polling stations were closed. The campaign is over. Petro’s biggest fight begins on Monday. The one who meets the expectations and the one who convinces the others. The one who will determine how his name will go down in Colombian history.

- Advertisement -
Share
Facebook
Twitter
Pinterest
WhatsApp
Previous articleDaniela Requena: “My vaginoplasty can be seen on YouTube, of course you have to deal with this topic”
Next articleNo more heated chairs at work: is it good to work standing up in the office?