Guindos expects inflation to remain at current levels for a few more months, ending the year at around 6%. 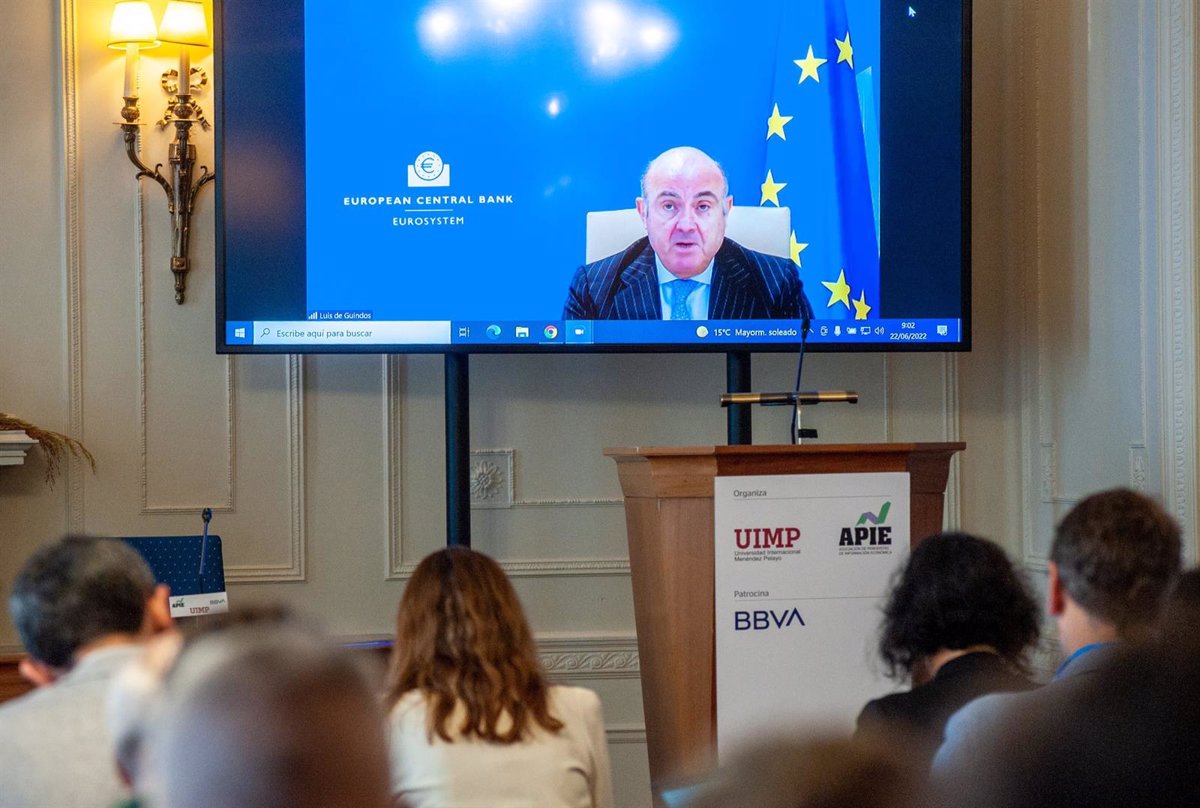 Keep in mind that the ECB’s baseline scenario is for growth this year and next, although the worst-case scenario would see a recession in 2023

Price increases in the euro zone will not abate this summer as the inflation rate is expected to stay at a similar level as the current 8.1% in May and only ease after the summer months until the end of 2022 around 6%, according to the vice president of the European Central Bank (ECB), Luis de Guindos.

Speaking at the summer course organized by the Association of Economic Information Journalists (APIE) at the Menéndez Pelayo International University (UIMP), Guindos also recalled that the ECB’s macroeconomic forecasts released last week in their growth-based scenario more envisage less than 2% in the coming years, while in the negative scenario a 1.7% decline in GDP is expected in 2023.

Turning to inflation, the ECB Vice-President expects price increases to “stay at current levels over the next few months” and only “start to ease” after the summer, with prospects of ending the year “around 6%”. , although he warned that the risks were “increasing”.

In this sense, the Spanish economist pointed out that although inflation expectations are relatively well anchored and very close to 2% over the medium term, there is a second element, namely second-round factors that can extend and prolong inflation, causing inflation to differ monetary policy response.

In this way, while there is uncertainty about how energy prices will evolve as they are influenced by runaway factors, Guindos has described it as “difficult” for the rise seen so far to be repeated, so that the base effect is contributing to a slowdown in energy prices would lead to inflation.

“If we face second-round effects, this will result in inflation becoming larger and affecting more components of the CPI and the monetary policy response will be different,” he warned.

As the ECB announced last week, the Governing Council therefore plans to raise interest rates by 25 basis points at the July meeting and make another hike in September, the intensity of which could be even greater if inflation forecasts remain the same or worsen .

On the other hand, the Vice-President of the ECB has pointed out that while the increase in inflation is positive for banks in the short term, it also carries the risk of a slowdown in economic activity and further difficulties for banks in the longer term. customers when it comes to meeting their obligations, increasing defaults, which has prompted companies to exercise caution.