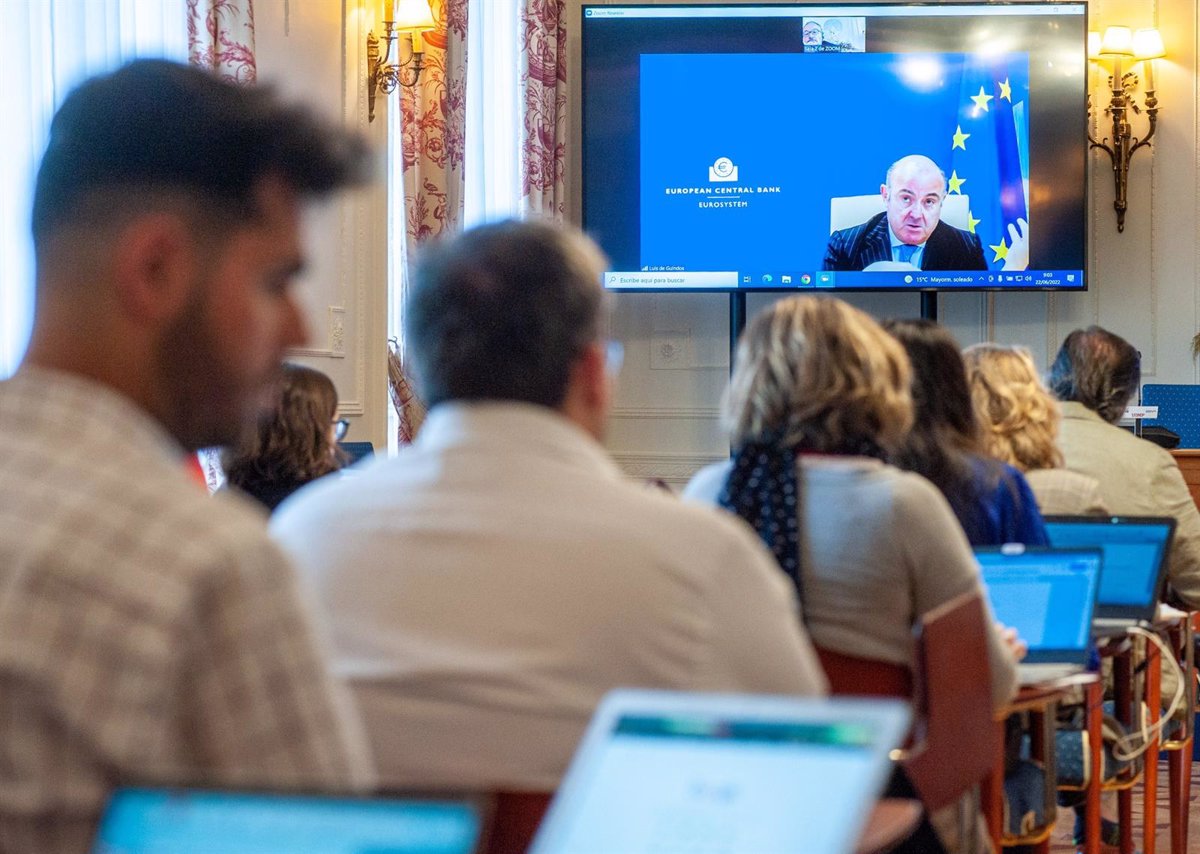 The European Central Bank (ECB) is very concerned about market fragmentation in the euro zone. She hopes that the new mechanism she is preparing to reduce the “unwanted” differences between countries’ financing costs will relieve monetary policy to act more vigorously against inflation, according to the organization’s vice-president Luis de Guindos.

“The anti-fragmentation program should not hamper the monetary policy approach and the fight against inflation,” stressed Guindos while attending the summer course organized by the Association of Economic Information Journalists (APIE) at Menéndez International University Pelayo (UIMP).

In this sense, the Vice-President of the ECB has expressed his confidence that this new instrument, whose design has been accelerated, does not hinder the objective of monetary policy, but “on the contrary” and leaves his hands freer to face the objective inflation of 2 % symmetrical in the medium term.

“Having an anti-fragmentation tool gives monetary policy the opportunity to act more forcefully against inflation,” Guindos stressed, specifying that this does not necessarily mean that rate hikes will be accelerated or gain in intensity, as each central bank’s decision will “become data-dependent ” be.

Likewise, he has ensured that the new instrument should not be compared to the OMT program that the ECB launched ten years ago after Mario Draghi’s “whatever it takes” and that it was never effectively implemented as it countries were subject to the demanding conditionality of the ESM as the current circumstances differ from those of 2012 and the current risk premia are not comparable to those observed at the time when the integrity of the euro was questioned.

“We have not yet discussed the characteristics of this new program in the Council,” stressed Guindos, for whom this plan should not only address the “spreads” between countries’ debts, but also “do not have to fight” against risk premiums. economically justified” as not all countries have the same risk and budget profile, leading to acceptable differences.

In this way, he explained that it is an instrument “against unwanted fragmentation”, different from programs such as OMT, APP or PEPP and aimed at “certain jurisdictions”.

However, the Vice-President of the ECB has acknowledged that there is no mathematical formula to know when it comes to appropriate risk premia, pointing out that there are quantitative factors in the evolution of spreads and market liquidity, along with the fundamentals of the market Economy, in addition to part of the economic assessment.

“On the basis of all this, we will assess when the fragmentation is unjustified or not, and the ECB will analyze the specific situations,” explained Guindos, for whom the risk premia of ten years ago were unjustified and threatened the integrity of the euro while the current premiums are much lower.

- Advertisement -
Share
Facebook
Twitter
Pinterest
WhatsApp
Previous articleCrimes in the Sierra Tarahumara: murder of two Jesuit priests, a tour guide and four other missing tourists
Next articleThe comfortable and stylish sports sandals of the “influencers”: They are trendy and can be combined with everything