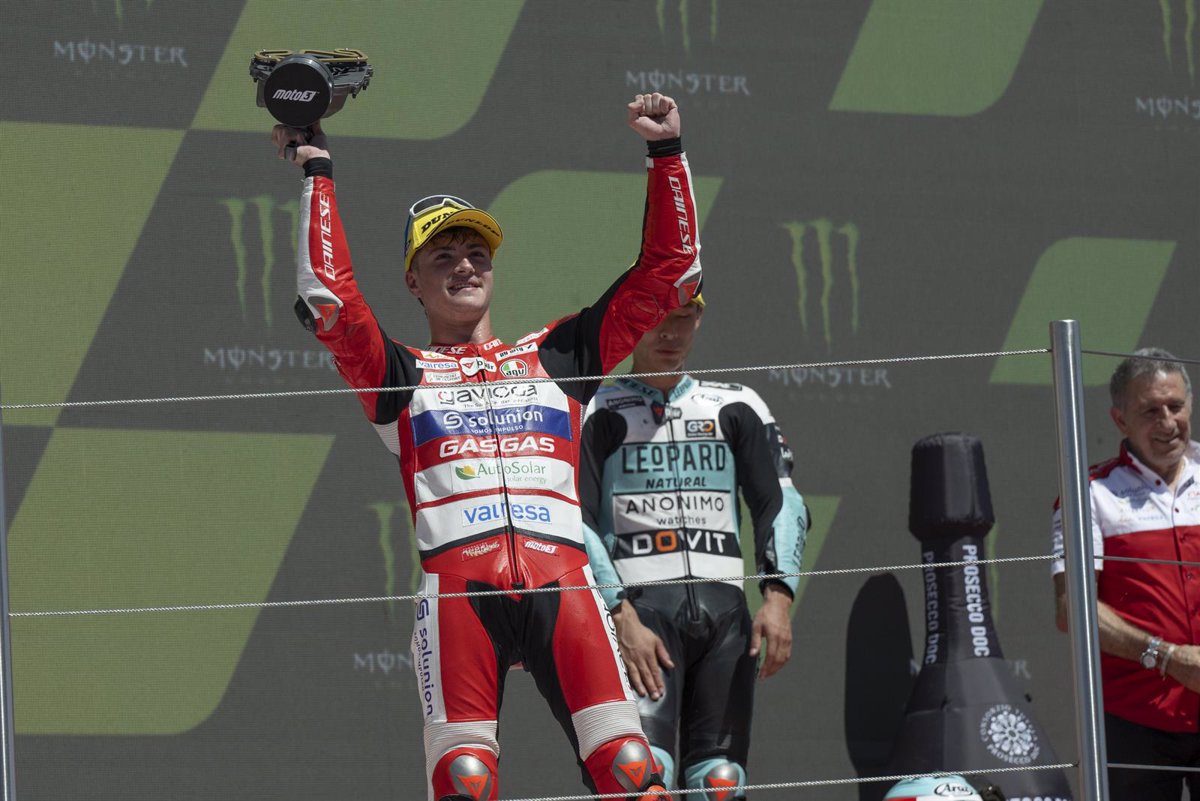 Spaniard Izan Guevara (GasGas) claimed a win this Sunday in the Moto3 race of the German Grand Prix, the tenth round of the Motorcycle World Championship, a result that puts him just seven points adrift of his teammates and championship leaders , Sergio García Dols (GasGas), who finished third behind Italian Dennis Foggia (Honda).

The Palma man signs his third win of the year, his second in a row after the Catalan Grand Prix and his fifth consecutive podium. That puts him just seven units behind Burriana in the overall drivers’ standings, who fought for second place with Foggia until the end, but had to settle for third place.

Sachsering offered a bumpy start for Carlos Tatay (CFMoto), who crashed in the first corner of the first lap after colliding with Italian Riccardo Rossi (Honda). Meanwhile, Guevara didn’t allow any surprises and defended his pole position.

David Muñoz (KTM), who made history with his second place finish in Barcelona, ​​moved up to fourth but a mistake on lap 22 allowed the Leopards and García Dols to overtake him. The leader made it onto the podium just a few laps later.

Little by little, Guevara escaped by more than four seconds, and behind the Italian Dennis Foggia (Honda), the one from Burriana and the Japanese Ayumu Sasaki (Husqvarna), they “scored” for the other two boxes, a fight that lasted until then the End.

The Alpine man and the Castellón man managed to get past the Japanese and finished second on a thrilling final lap; García Dols was able to pass you under braking on lap 13 but Foggia returned the pass to cross the finish line in front of you.

As for the rest of the Spaniards, Dani Holgado (KTM) was sixth, Adrián Fernández (KTM) was eighth, just ahead of David Muñoz (KTM) and Iván Ortolá (KTM), Jaume Masià (KTM) was 12th, Xavi Artigas (CFMoto ) Fourteenth and Ana Carrasco (KTM) Twenty-second. For his part, Carlos Tatay (CFMoto) was unable to complete the test.

The Muñoz method to complete each proposed challenge