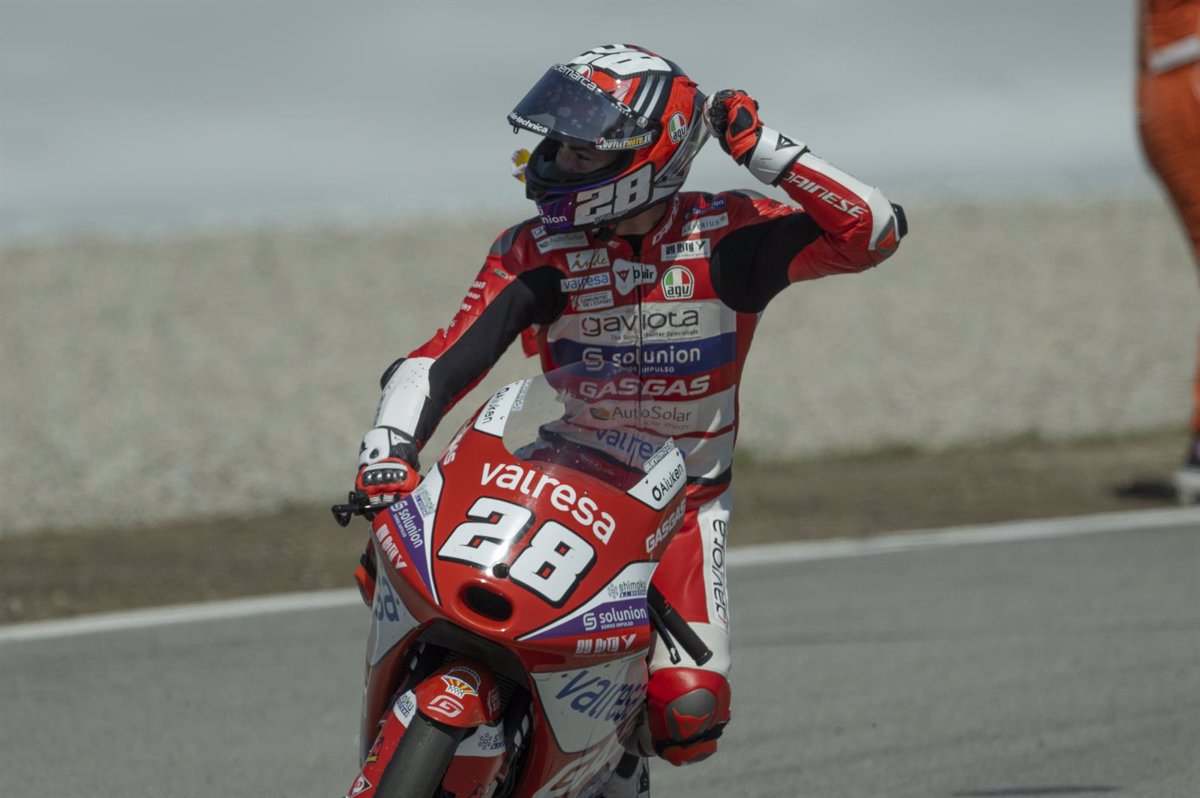 The Spaniard Izan Guevara (GasGas) secured the pole position for the Moto3 race of the German Grand Prix, the tenth round of the motorcycle world championship, with a course record this Saturday and will start together with the Italian from the front row Dennis Foggia (Honda) and Spaniard Dani Holgado (KTM), while leader Sergio García Dols (GasGas) starts eighth.

The rider from Palma, winner in Montmeló and who had already beaten the best time for the small category in Sachsening in the third free practice session, improved his mark by 56 thousandths and set a 1:25.869 that nobody could beat. This guaranteed the third pole of the course after Qatar and Jerez.

Now the Championship runners-up will try to squeeze his spectacular pace into Sunday’s race to escape from the start. His two front row companions, Foggia and Holgado, will try to prevent that from happening.

Japan’s Ayumu Sasaki (Husqvarna), second fastest in recent free practice sessions, soon took the lead at Sachsening, although Holgado took charge in the final minutes. The Alicante man stayed on top until the appearance of Guevara, who played everything in one round and managed to claim the privileged position.

David Muñoz (KTM), who made history at the Catalonia Grand Prix with a second place finish, will start seventh, just ahead of Championship leader Sergio García Dols (GasGas), who will have to make up positions if he doesn’t want his teammate Guevara , the poleman, cut the 16-point lead separating them.

Among the rest of the Spaniards, Adrián Fernández (KTM) will start in fourteenth, Xavi Artigas (CFMoto) in sixteenth, Carlos Tatay (CFMoto) and Jaume Masià (KTM), who crashed at the beginning of Q2 and was unable to ride, in eighteenth. Among those who failed Q1, Iván Ortolá (KTM) will start in 26th and Ana Carrasco (KTM) will be last.

They assure that there is a conflict between Shakira and Antonella Rocuzzo, Messi’s wife: this could be the reason