Grossi: There is no agreement with Iran without its cooperation with “Atomic Energy” 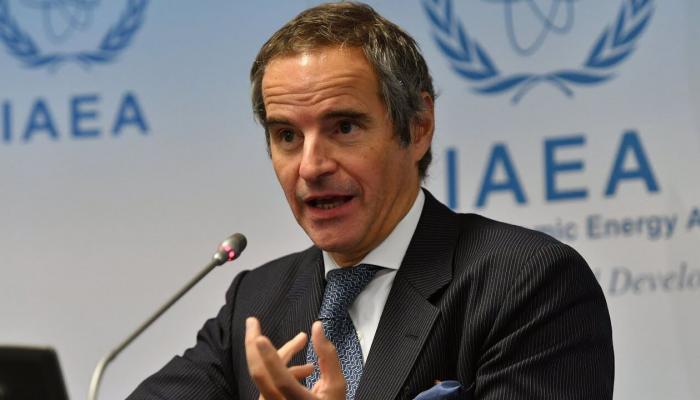 Grossi’s statements came in an interview with the “Israel Today” newspaper, where he stressed that “Iran is obliged to work transparently with the agency to reach a nuclear agreement.”

He added: “On my last visit to Tehran in early March, no major agreement was reached, but transparency on pending issues was agreed upon.”

Grossi said that “without an agreement and cooperation between Iran and the International Atomic Energy Agency, it is difficult to reach a comprehensive agreement that revives the nuclear deal in Vienna,” noting that “we want Iran to cooperate and get the necessary answers.”

“Next week, Iran will provide the first set of information and it can be examined,” revealed the IAEA director general.

The International Atomic Energy Agency said it had discovered nuclear parts and traces of enriched uranium in three different parts of Iran, the existence of which has not been reported to the agency.

At the time, the agency demanded that Iran provide convincing answers about these secret nuclear activities.

“What I need is for Iran to cooperate with us and give all the necessary answers,” Grossi said in the interview. “I don’t doubt anyone, but I want to monitor everything.”

He added: “I told the Iranians clearly that if they want to get back to normal, they must be transparent in cooperation with the IAEA and respond clearly,” noting that the revival of the 2015 nuclear deal would be the agency’s ability to monitor Iran operations. nuclear activities.

He explained: “We found traces of enriched uranium at a site that was not reported. Our question is if there was nuclear material here, where would it be now? Where is the equipment that was there?”