Grifols turns against Alzheimer’s and worries about its debt 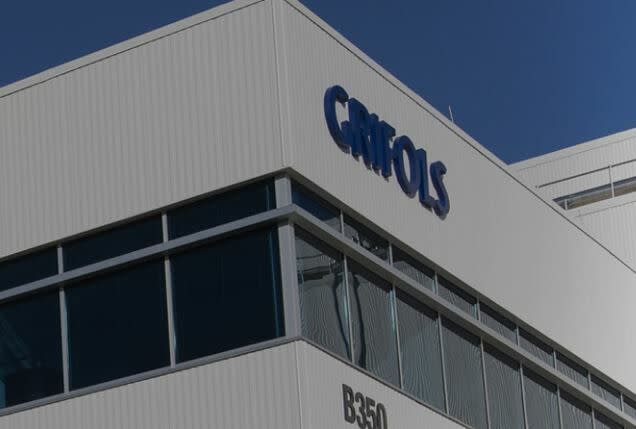 Grifols A. is doing research in one of the fields in which science has made the least progress. We are talking about Alzheimer’s. Through its company Araclon Biotech, specialized in the research and development of diagnostic therapies for degenerative diseases, will present the main results of its advances from the first part of the clinical trial, in phase II, of its active immunotherapy against the disease.

With this vaccine, it stands out that it presents a “excellent safety performance and tolerance, in addition to confirming a high immune response in patients with amnesic mild cognitive impairment or very mild Alzheimer’s disease”, Grifols points out about the ABvac40 vaccine, which is the name of the compound.

While in the market, Grifols sees how the value has advanced 3% in the last month, although it still has not recovered the level of 16 euros per share in the market, nor has it settled above it. In so far this year, falls for Grifols reach 8% on the Ibex.

While, by JPMorgan, that at the beginning of the month The reduction in the recommendation reaches 17.50 euros from the previous 18.50 and gave him a potential margin of 13% on his journey. what’s more, It has just been included in a list of 26 European companies that are at risk of refinancing. Expansion highlights that Grifols may be forced to pay higher interest to its lenders and that this fact may negatively affect its income statement. All on account of the rate hikes caused by the increase in inflation, exponentially dangerous on account of the Russian war against Ukraine.

For Diego Morín, analyst at IG Grifols “It is always in a downtrend, it is true that it seems that it wants to make a small bottom, but in all this lateral stretch that we have, it was practically very boxed inside for the upper part that zone of 17.20 euros and for the lower part 14.36 -14.25 euros”.

And it stands out from IG that “it is true that, at the beginning of March, I tried to pierce the zone of resistance of its 17 euros, but from here again a recovery to zones of 15 euros. At the moment, you will see more or more recovery of this level in 8 – 8.5% and with the possibility now of seeking and breaking that zone of 17.5, with the next objective that he has, it is around 18.80 euros, so we are going to see above all if he is capable of consolidating this exit from that side”.

Meanwhile, the independent analyst Néstor Borrás points out that Grifols “break resistance 17.30 euros per share, marking a daily close below it. The 40-period simple moving average would become the first support zone. Then the next support area is around 14,285 / 14.10 euros per share. The MACD oscillator generates bullish divergence with the price, which could have bullish indications in the medium term, in case of, violate the resistance zone 17.30 / 17.62 euros”.

If we look at those provided by the technical indicators that develop Investment Strategies, we see that the value, in rebound mode, reaches a total score of 4 out of 10 possible for Grifols, with a long-term downward trend, but an upward trend in the medium term, mixed total moment, which is negative slow and positive fast. With a volume of business, decreasing in the long term and increasing in the medium and volatility, the range of amplitude, increasing, in the medium and long term.