Greg Hardy Indicates UFC Tenure Is Over After Ending Contract 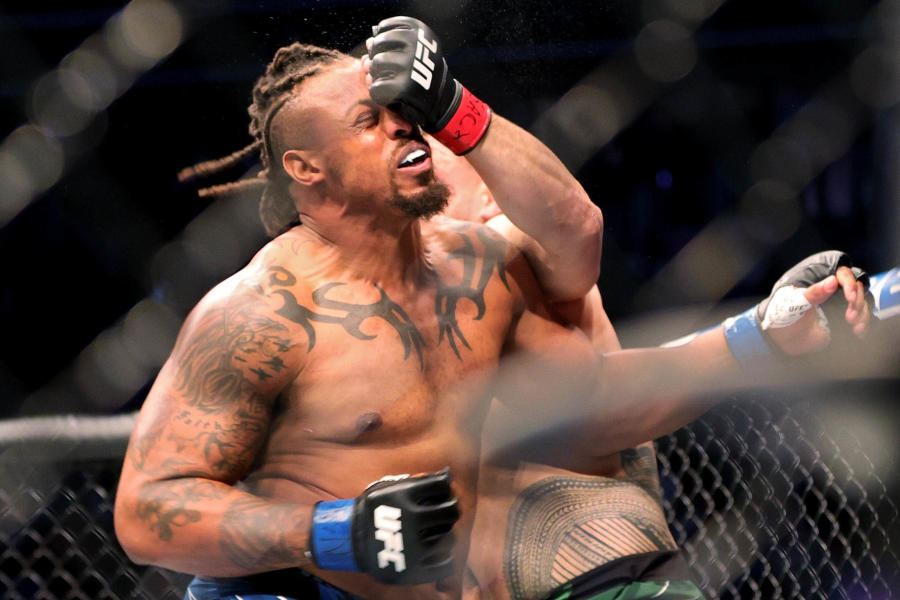 Greg Hardy appreciates his time in the UFC, which seems to be over.

Hardy fought out his contract last week at UFC 272, losing to Serghei Spivac via first-round TKO to lose his third fight in a row. It hasn’t been officially decided if that was the last time he competed in the Octagon, but Hardy indicated it was in an Instagram post on Saturday.

“What a career, your boy is far from over, you just have to make some adjustments. Thanks to all my fans and haters. I appreciate you all. Most of all, I appreciate my coaches, my family and @ufc for giving me the chance to shine,” Hardy wrote.

Greg Hardy ‘no excuses’ after UFC 272 loss, provides insight on the future

If this is the end of Hardy in the UFC, the 33-year-old comes out with a promotion record of under .500 after 10 fights, going 4-5 and one no contest. Hardy spent most of his tenure in the UFC training outside of American Top Team before recently switching to the reformed Blackzilians with UFC Hall of Famer Rashad Evans.

Hardy, a former NFL All-Pro pass-rusher, signed with the UFC in 2018 after going 3-0 as an amateur. He competed three times, including twice on the Dana White Contender Series, before being called up to the main roster.