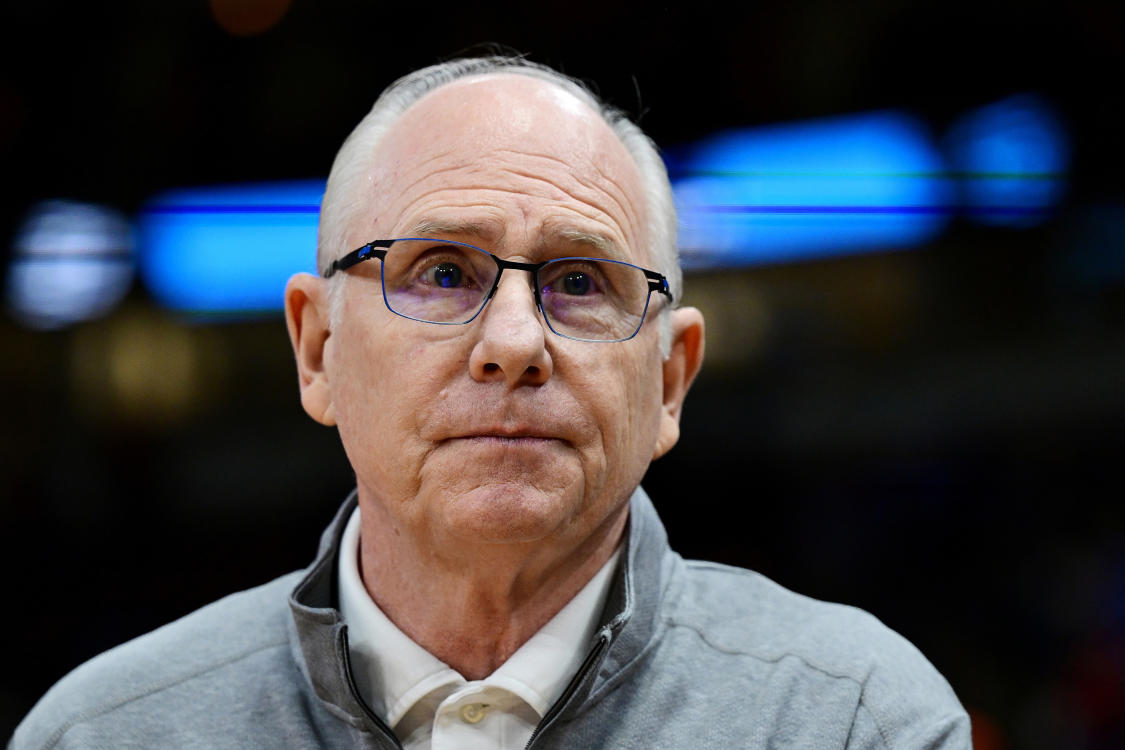 Greg Gumbel is a March staple and sports broadcasting pro.

This was not his best moment.

TBS invited Miami men’s basketball coach Jim Larrañaga for an interview Saturday during halftime of the Houston-Villanova game. Larrañaga, who has endeared himself to a national basketball audience since leading George Mason to the Final Four in 2006, is in the midst of another deep run after Miami’s Sweet 16 victory over Iowa State on Friday.

He also produced one of the most exciting moments of the NCAA tournament last week when he suggested that America doesn’t want to see Charles Barkley shirtless. So he joined the TBS studio crew on Saturday to talk about his hurricane and joke around with Chuck.

Just as he and Barkley got going, Gumbel apparently got the producer’s buzz in his ear to cut things off. Sponsor obligations and a difficult exit called. Gumbel bound. It was uncomfortable.

Larrañaga was eager to finish his story with Barkley and surely not too happy to be cut off by “Lily with the madness inside.” Gumbel tried to soften the blow by insisting that the second half “is coming.” And so it was, six minutes and two commercial breaks later.

There’s nothing Gumbel can do about difficulty here, of course. If the sponsors demanded Lily at that time, then they would get Lily. But it seems like the transition could have been handled a little smoother. It’s hard to imagine Ernie Johnson in the chair next to Barkley and this scene playing out so awkwardly.

March can be a challenging time for television, as CBS and Turner Sports bring together a mix of talent not always used to working together to cover games on four networks. Chemistry problems are to be expected. None of this stopped Twitter from taking aim and making jokes at Gumbel’s expense.