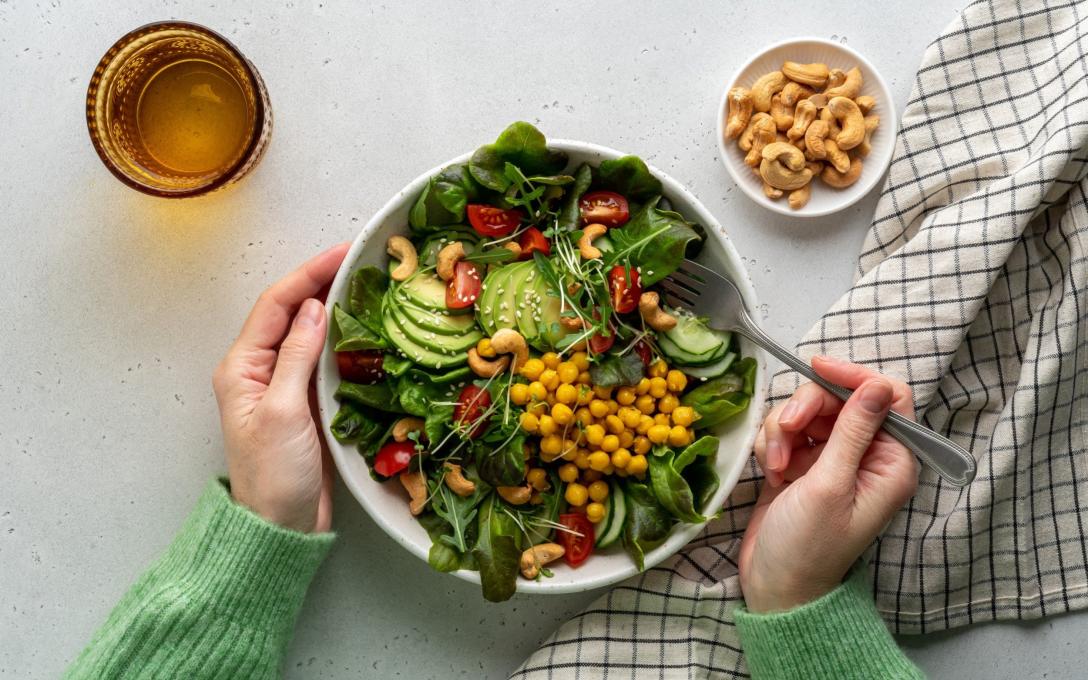 One in 10 young people are now vegan and are leading the charge in green ‘virtue signaling’, a new report has revealed.

Those under 25 are more likely to brag about taking green actions, such as limiting water use or donating to charity shops, than older age groups, a survey of 4,000 adults suggests.

But it’s very likely that they actually do, according to insurance company Aviva’s findings in its latest How We Live report.

Experts said many feel “guilty” about their environmentally damaging habits, such as air travel, buying food in single-use plastic containers and turning up the heat.

To assume this, they exaggerate their green behavior both online and in person, the analysts said.

In the survey, 10 percent of respondents ages 16 to 24 said they follow a plant-based diet, an increase of four percent from the national average of six percent.

Those over the age of 75 took the lowest places with just two per cent following a vegan diet, an increase of one per cent from last year.

But when analysts looked at the environmental habits of those under the age of 25, they found that only a third (34 percent) recycle through garbage collection, compared to the national average of 71 percent.

Furthermore, only 23 per cent of those under 25 say they limit water consumption in their homes compared to 43 per cent of all UK residents, while 30 per cent of those aged 16 to 24 years donate unwanted items to charity shops, in contrast to a national average of 63. percent

In green ‘virtue signaling’, those under 25 are more likely to say they have witnessed virtue signaling (81 percent), compared to 54 percent of respondents across all groups old.

Aviva said this could be explained by young people seeing peers bragging about their green credentials online.

Kelly Whittington, director of property claims at Aviva, said: “Green issues are high on people’s agendas and it’s encouraging that most people are taking action to reduce their impact on the planet. People feel guilty about “ungreen” actions and are eager to share their efforts on social media.

“This suggests that we may see even more positive progress in the future.

“Collectively, there is still a lot of work to be done, but it is encouraging to see that as a nation we want to do more.”

One in eight UK adults (12 per cent) also admitted they have exaggerated their green actions with others, while a further 23 per cent are tempted to do the same.

The topic of green virtual signage is not limited to homes, as it increasingly informs government policy.

He said: “Any bank that makes a net-zero pledge while actively lobbying against necessary climate regulation, such as mandatory disclosure of borrowers’ emissions and climate action plans, is greenwashing.”