Greece Pavilion at Expo 2020 Dubai… Innovation to make the future 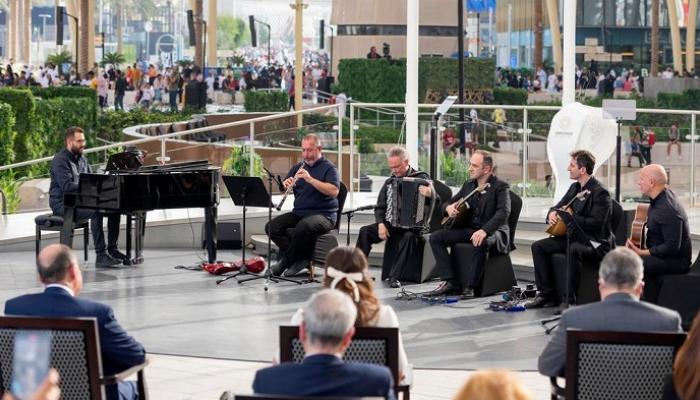 On Tuesday, the Republic of Greece celebrated its National Day at Al Wasl Square, the beating heart of Expo 2020 Dubai.

The ceremony was attended by Sheikh Nahyan bin Mubarak Al Nahyan, Minister of Tolerance and Coexistence, General Commissioner of Expo 2020 Dubai, Panagiotis Pekramenos, Deputy Prime Minister of the Council of Ministers of the Greek Republic, and the accompanying delegation.

Official ceremonies were held to raise the flags of the United Arab Emirates and Greece, with the interpretation of the national anthems of the two countries.

In his speech, Sheikh Nahyan bin Mubarak Al Nahyan said: We are proud of the strong and continuous relations that bind us with Greece, which have witnessed great growth in the political, economic and cultural fields, from the establishment of diplomatic relations to early seventies of the last century, according to the Emirates News Agency.

We also hope to explore new horizons for cooperation between our two countries, especially in areas of common interest, such as aviation, tourism and energy.

He added that Greece’s participation in the exhibition represents its strong commitment to equitable and sustainable development, and its pavilion invites its visitors to explore its approach that allows the free flow of ideas, goods and people, while highlighting the power of technology and innovation to make the future.

For his part, Panagiotis Bikramnios said: I am proud and happy to celebrate the National Day of Greece in this wonderful way in the heart of Expo 2020 Dubai, which bears the motto “Connecting Minds, Creating the Future”, especially in the context of efforts to achieve recovery after the pandemic, where sustainability has become the most important thing for recovery. After covid-19.

He continued: “The year 2021 was a special year for both countries as it was the anniversary of independence from Greece and the fiftieth anniversary of the establishment of the United Arab Emirates.” 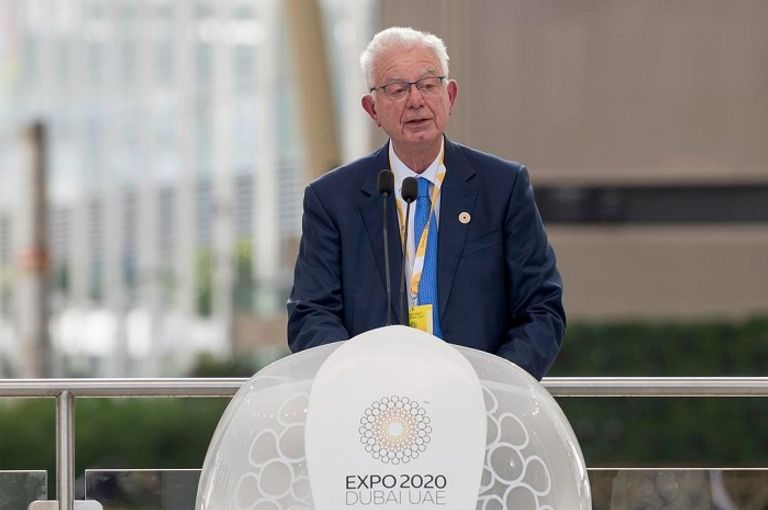 He explained that in recent years, Greece and the UAE have forged the strongest strategic partnership based on our common vision of peaceful and prosperous development, and our firm adherence to the principle of international law, and have established close trade relations. to achieve significant and joint investments, and relations between the two countries will deepen and strengthen in the years to come.

At the end of the concert, the Theodorakis Mix Orchestra presented a group of famous Greek instruments, celebrating the unique style of composer Mikis Theodorakis, in combining traditional Greek styles, classical composition and pop music, as he left a strong and lasting mark on the culture of the 20th century, while presenting, in Frame on the same day, an independent concert at the Dubai Millennium Theatre. 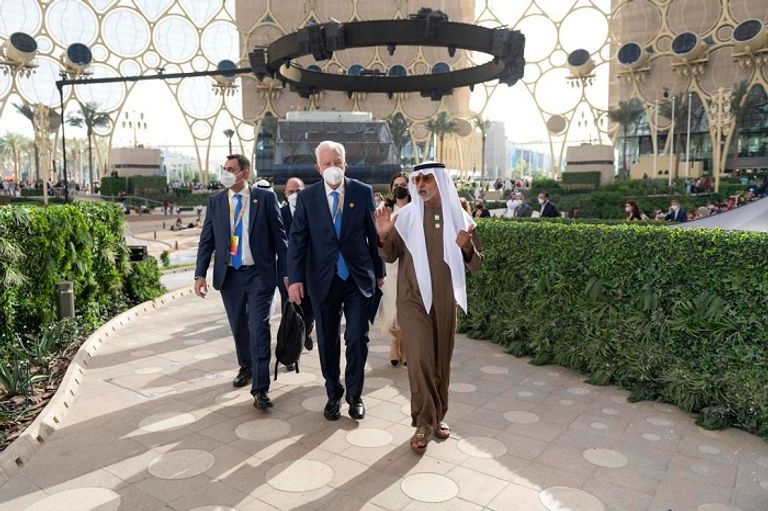 Located in the Sustainability District, the Greece Pavilion offers a creative journey to explore the most outstanding pillars of Greece’s present and future.

The pavilion invites you to discover more about what makes Greece in 2021 and 2022 a country with a vital role in various sectors of the global economy and development in an event where all stories are told in digital form.