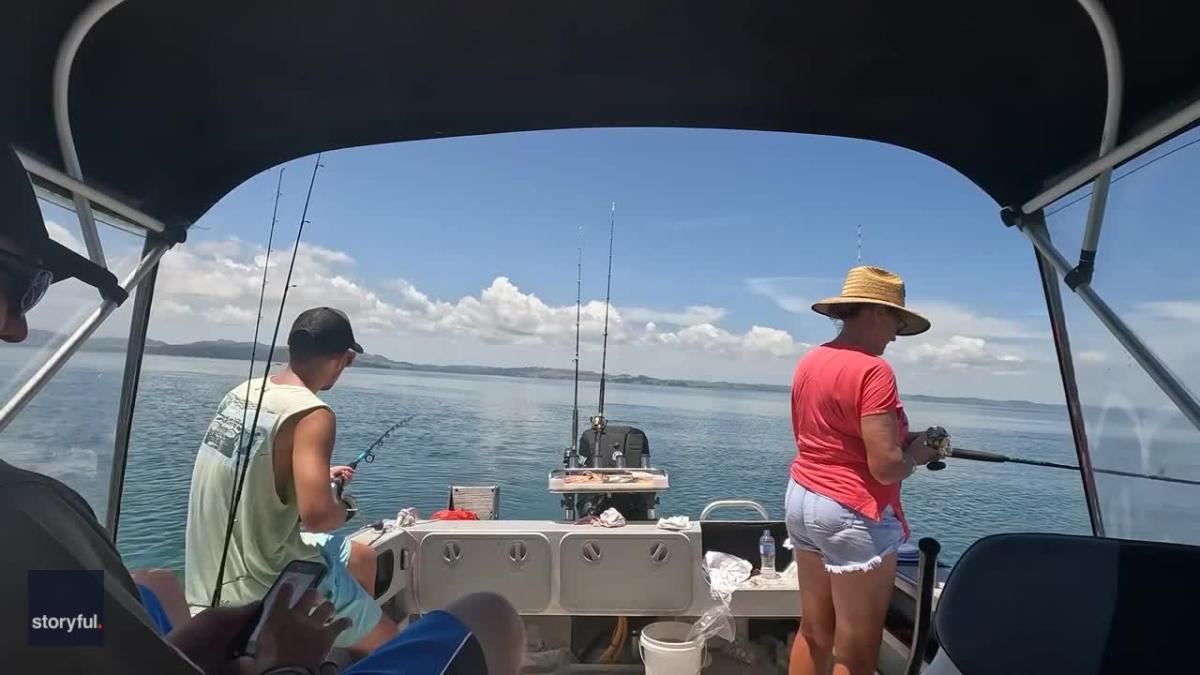 A New Zealand family captured stunning footage of a great white shark leaping from the water while the trio were on a fishing trip in the country’s North Island.

Jason Bragg’s GoPro footage shows the moment he, his partner and his nephew were stunned by the rare sight on the day after Christmas in December 2021.

According to the New Zealand Herald, Bragg’s nephew Andre accidentally lured the shark with his fishing line.

“I looked at my fish finder and said, ‘Get ready guys, here it comes,’ not knowing it was going to be a great white shark,” Bragg told the Herald.

“We all saw it come out, teeth and all,” he said. “She flipped over and crashed into the water and then it was all over in seconds.”

The Herald reported that a Department of Conservation scientist said the shark was larger than average at about 3 meters (9.8 feet). Credit: Jason Bragg via Storyful