Great looks or crazy mix of genres: these series are out of place 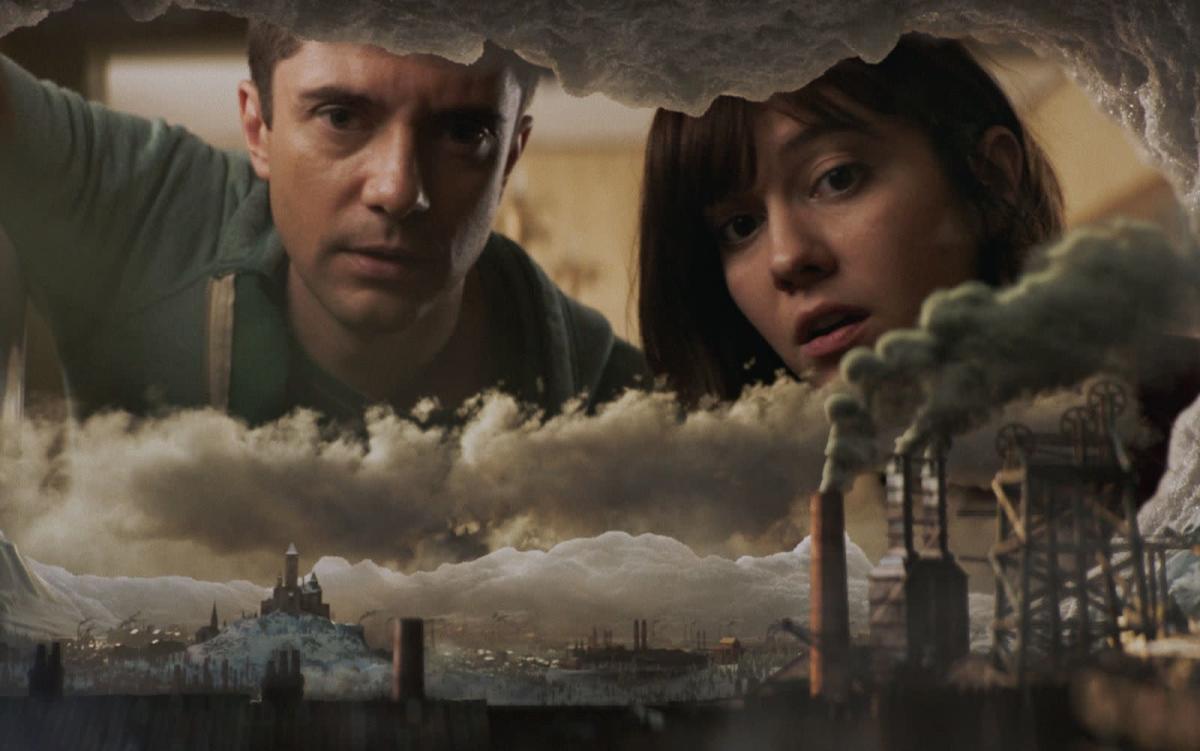 From unusual looks to fast-paced real-time action: To stand out from the competition, streaming services have turned to creative means in recent years. These Netflix, Apple TV+, and Disney+ productions are completely unique, from “Pachinko” to “24” to “WandaVision.”

In view of the plethora of new series streaming services are releasing in huge numbers, one ratings hit replaces the other after just a few days. To be truly remembered, a series must have a unique selling point. We bring you productions from Netflix, Apple TV+, and Disney+ that broke new ground in streaming entertainment, whether in terms of visual presentation, unusual content, or creative innovations.

Apple dares to experiment with the “Pachinko” series: the story of a Korean immigrant family is told in three languages: English, Japanese and Korean. As unusual as it sounds, the stunt is also clever, because the audience can at least experience some of the foreignness through the language barrier. Solomon’s (Jin Ha) family has always been strange. He fled the famine in Korea to Japan. In the country of its occupants, relatives are tolerated, but above all they are discriminated against. His hope for a better life is always the longing for a safe home.

Spanning eight episodes, with the first three available early March 25, the rest to follow at weekly intervals, the series spans an arc from the early 20th century to the late 1980s. Series creator Soo Hugh (” The Terror”, “The Killing”) speaks of a forbidden love in the tension between war and peace, victory and loss, hope and redemption.

Short stories that will be remembered for a long time: “Love, death and robots” is an animated cabinet of curiosities on Netflix: each movie has its own story, its own style. What they all have in common is that they are extraordinary, not always suitable for minors and, on top of that, they end with a huge surprise.

Different animation styles and a wide range of genres (horror, sci-fi, comedy, fantasy) are mixed together in a potpourri that is only held together by the very general main themes of “love, death and robots” that are mentioned in the title. . . Bloody, brutal, and R-rated only, the Emmy-winning anthology series from Tim Miller (“Deadpool”) and David Fincher (“Seven”) is now in two seasons on Netflix.

The unusual format is available on AppleTV+. The voices of Pedro Pascal (“The Mandalorian”), Rosario Dawson (“Jane the Virgin”), Aubrey Plaza (“Parks and Recreation”), Aaron Taylor-Johnson (“Tenet”), Lily Collins, among others (“Emily in Paris”) and Nick Jonas (“Jumanji: Welcome to the Jungle”).

Twelve investigations in four countries, and all focused on one room: the Netflix series “Criminal” brings together German stars such as Nina Hoss and Christian Berkel together with European colleagues. The European co-production thrives on psychological duels and multiple battles in the gloomy, soundproof interrogation room that automatically exudes anxiety.

This chamber theater atmosphere is the link between the episodes and between the crime plays, which take place in Germany, Spain, England and France. It’s always about commissioners who not only have to solve their case, but also the character of their criminal opponent and the often outrageously arrogant defenders of him. While familiar faces like Sylvester Groth and Florence Kasumba do the honors on the German branch, the British version includes “Broadchurch” star David Tennant.

At a reunion of old classmates, noted pop star and actor Xavier (Dave Franco) is thrown off a cliff to his death. In his murder mystery “The Afterparty” (on Apple TV+), series creator Chris Miller explains who is behind the crime in a total of eight episodes, each telling the same night from the perspective of different actors. characters, and in very different. film styles. Prepared as an animated film, a musical or a psychological thriller, the puzzle is pieced together gradually in the best Agatha Christie tradition.

The superheroes of the Marvel Universe have never been allowed to blow off steam as exuberantly as in “WandaVision”: Disney+ sends Wanda Maximoff (Elizabeth Olson) and Vision (Paul Bettany) through old-fashioned sitcoms. Together, the couple lives a harmonious and cute suburban marriage in black and white.

But the idyll has dimensional cracks, through which not only color drips into the picture. Old acquaintances from the Marvel universe appear, new enemies anyway, and of course, the pure powers of superheroes prevail in the mysterious story. “WandaVision” is a mix of fever dream, madness, and the good old-fashioned sitcom entertainment, or in short, one of the most spectacular series Disney+ has on the schedule.

Many insiders say that if you film police work realistically, no one would watch a police thriller. Everything is too long and uneventful, just think about watching or listening to suspicious people. But what do people do to escape boredom? Among other things, talk, if someone else is available. The comedy series “KBV – No special occurrences” (RTL+) also works under this premise.

“KBV” first listens and sees three work couples talking. Two plainclothes policemen, played by Jürgen Vogel and Serkan Kaya, sit in a car and look at a building. Inside are two petty thieves (Denis Moschitto, Rocko Schamoni). The two mobsters are also waiting for something. But they don’t know exactly what, they’re too far down the hierarchy for that. Finally, there are the colleagues from the control center who are connected by radio to the civil police vehicle, played by Annette Frier and Maike Jüttendonk.

Opinions differ about “KBV”. Crime fans are more likely to decline, as the episodes are largely free of action, suspense, and classic plot. And if you like comedy, you also have to like that quite vulgar humor, sometimes a little German, exaggerated.

Critics and viewers rarely come together. On the other hand, the two camps coincided on “24”: the American series, which broke new ground with its real-time concept, also received excellent reviews in Germany. The concept of the series is as simple as it is ingenious: counter-terrorist agent Jack Bauer (Kiefer Sutherland) has 24 hours to prevent an attack. The highlight: the series and the real time are identical. Each hour-long episode includes an hour in the life of Jack Bauer.

This idea was new when the first season of “24” was released in 2002, and as a result, critics hailed it as the true pound of the series. But the real reason for the excitement was different: creators Joel Surnow, Robert Cochran and Stephen Hopkins filled the available time with action.

There have been conspiracies, bombings, rescue operations, car chases, kidnappings and everything you can think of. In a very short time, the most incredible things happened in four different levels of action, some of which had to be followed in parallel in split screen: a fictional format cannot go faster.