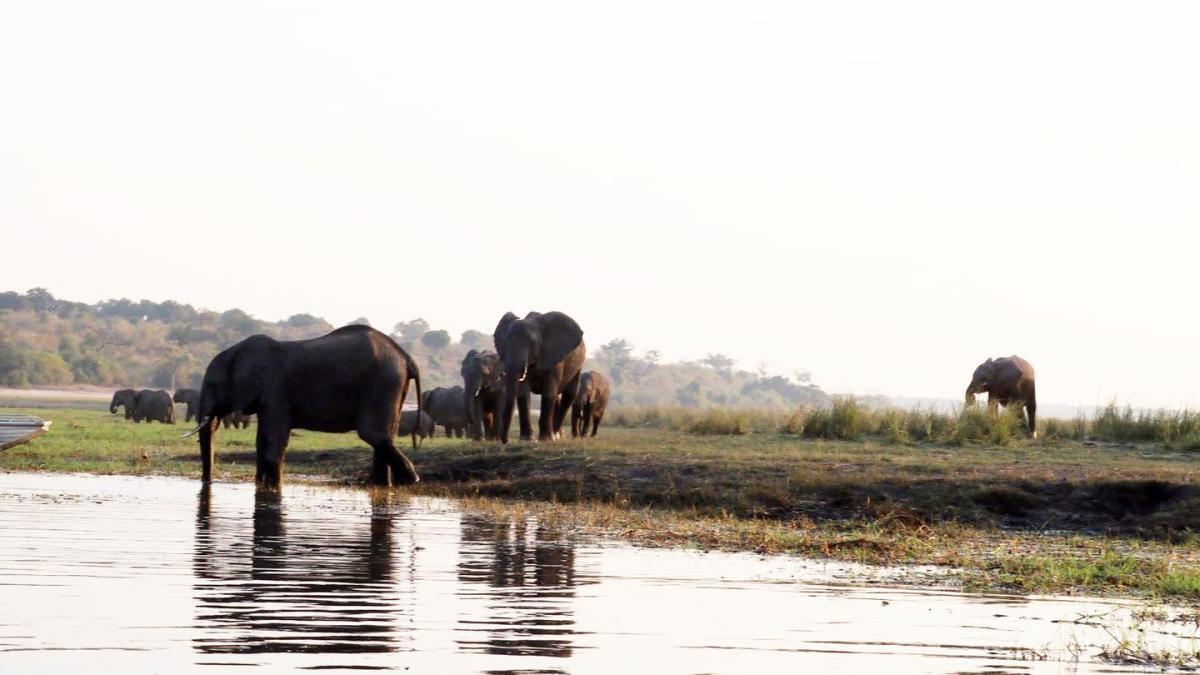 Windhoek (dpa) – Much desert, little water – and many elephants: South Africa’s neighboring state of Namibia, like neighboring Botswana, was a pioneer in animal protection for decades.

However, the dramatic periods of drought in recent years have triggered an ever-increasing race for valuable living space in the desert state between the population and wild animals.

Elephants sometimes trample fences or cause other damage in search of water. At worst, they endanger the local population living in rural areas. Therefore, the government of the Namibian capital, Windhoek, started selling wild jumbo jets last year, which are now also exported abroad. The gray giants of Africa as an export coup, that causes international resentment.

The animal protection organization Pro Wildlife has criticized the fact that the Namibian government has approved the export of 22 elephants that previously roamed freely to a safari park near Dubai. “It is incomprehensible why Namibia is risking its international reputation for such questionable treatment,” says Daniela Freyer of Pro Wildlife. The biologist considers that the Namibian justifications are “thimbles”. According to her information, the government had sold the pachyderms at auction for around $10,000 per animal to buyers in Namibia. Then a middleman sold them to the safari park at a premium.

According to estimates, around 23,000 elephants currently live in sparsely populated Namibia with its almost 2.5 million inhabitants, a significant increase compared to previous years. This leads to greater problems between humans and animals. The same applies to neighboring Botswana. While elephant numbers are declining in many regions of Africa, according to official figures, in the landlocked country it has risen from around 50,000 in 1991 to a good 130,000 animals, corresponding to almost a third of the population of African elephants.

The auction of hunting licenses for 70 wild pachyderms from Botswana has also been denounced by animal rights activists. The responsible national parks ministry had emphasized there that hunting licenses had only been approved for controlled hunting areas. Also, only companies from Botswana have the right to participate, but they can shoot the elephants and then sell them to international companies.

“Elephant trophy hunting does not resolve human-elephant conflict, in fact it exacerbates it; plus, there aren’t too many elephants in Botswana,” says Michele Pickover of the South Africa-based EMS Animal Welfare Foundation.

In Namibia, the Environment Ministry had last year auctioned off 57 elephants to private buyers, of which only 15 remained in the country, according to the animal welfare organization Ifaw. The government argued that it wanted to reduce the number of pachyderms while at the same time using the profits to alleviate conflicts between the population and the elephants. The Namibian economy had to cope with a minimum due to devastating droughts and the corona pandemic.

“The capture of wild elephants for lifelong captivity in amusement parks and zoos is not only cruel, the export also violates international species protection regulations,” Freyer complained. Wild African elephants are actually protected by the Washington Convention on International Trade in Endangered Species (Cites). Its provisions explicitly stipulate for Namibia that elephants may only be exported to species protection projects within Africa.

But Namibia invokes a legal interpretation of the regulations to justify moving captive wild-caught elephants outside their natural range, according to the Swiss Franz Weber Foundation, an interpretation that is highly controversial, the foundation says.

The Namibian Hunters Association (NAPHA) sees it differently: “The whole debate is superfluous from a scientific and legal point of view, it is emotional bravado instigated and fueled by animal protection groups,” it said in a statement. Animal protection groups have no regard for local communities and their rights.