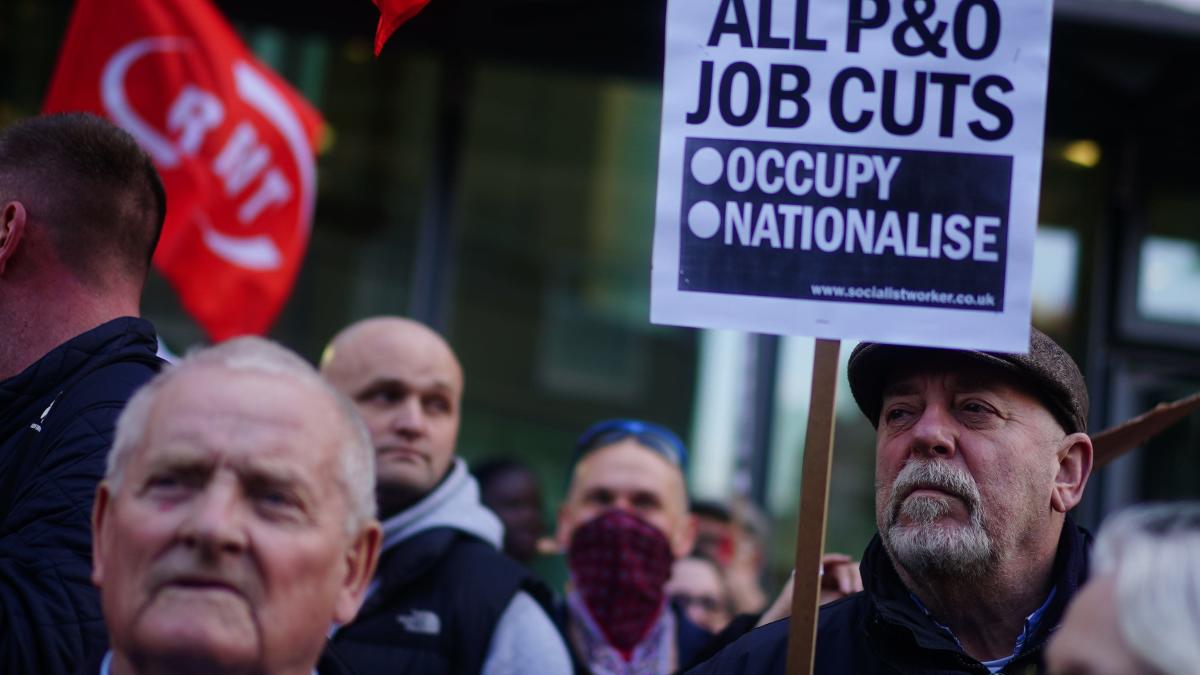 Labor has urged the government to publish the legal advice it received on whether P&O broke the law when it sacked 800 workers.

The opposition asked if there are legal measures that ministers could take to reverse the decision to sack so many staff without consulting him.

It also published an analysis of data which it said shows P&O Ferries has received £38.3m in government contracts since December 2018.

Protesters will march at the Tory Party conference on Saturday for another day of demonstrations against the move.

Protesters will gather on the Comedy Carpet near Blackpool Tower on Saturday, with speakers including Prime Minister Boris Johnson and Home Secretary Priti Patel addressing the official forum.

Labor leader Sir Keir Starmer also called on the government to suspend its contracts with the ferry giant and its owners, DP World, until the situation is resolved.

Sir Keir said: “P&O’s actions are aggressive and immoral. The government’s apparent inaction is as revealing of its respect for job security as it is damning.”

And he added: “This Conservative Government has the responsibility. Boris Johnson’s party has created an environment where big business believes they have a license to trample on good labor practices, basic respect for workers and everyone’s right to be treated fairly.

“If a company can extricate itself from responsibility for its workforce and the government doesn’t blink, others have room to do the same.

“We demand that the Prime Minister grant access to legal advice received from the Department of Transport on whether P&O Ferry’s actions constitute a breach of the law and whether there are legal mechanisms to reverse the decision.

“Full transparency is vital to prevent anyone else from being subjected to this egregious behaviour. Any government contracts they have should be suspended until this is resolved.”

Transport Secretary Grant Shapps and Business Secretary Kwasi Kwarteng wrote to P&O’s chief executive on Friday to express their “disappointment and anger” at the mass redundancy.

Shapps said he had instructed the Maritime and Coastguard Agency (MCA) to carry out inspections of all P&O vessels before they return to sea to verify that the new crews the company has “gone through quickly” are safe.

He urged the company to change course, saying the government was “carefully considering” its relationship with both P&O and its parent company, DP World.

Demonstrations were held at the ports of London, Liverpool, Larne, Hull and Dover on Friday as unions called for a boycott of the company.

TUC General Secretary Frances O’Grady said: “We have to get to the bottom of this scandal.

“The Government must be transparent and publish the legal advice it has received. That’s the least the P&O team deserves.

“If the company has broken the law, it should face serious consequences, not just a slap on the wrist.

“What happened at P&O can never, ever be allowed to happen again.

“Ministers must urgently table an employment bill to prevent workers from being treated as disposable labour. The time for excuses is over.”