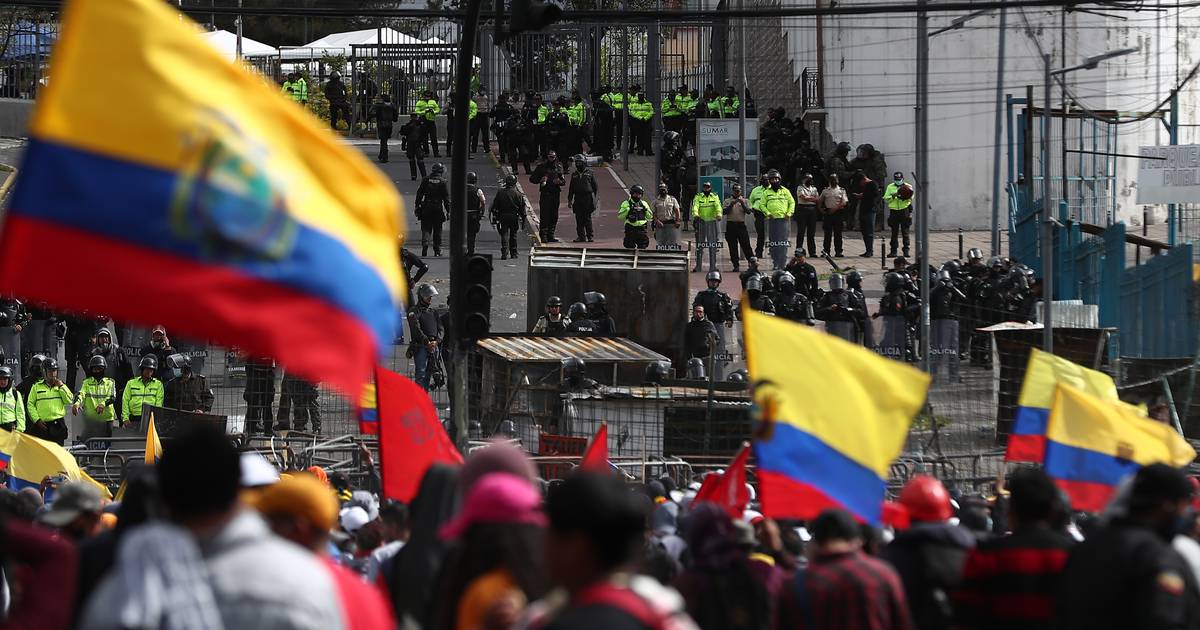 Government Minister Francisco Jiménez explained why Pichincha is not in Executive Decree No. 463 a state of exception in Azuay, Imbabura, Sucumbíos and Orellana, due to serious internal unrest.

“States of exception are produced by real situations and the province of Pichincha, for the moment, does not have, according to the reports of the security committee, situations that justify this state of exception”, he said. he declared this evening during a press conference.

Then he argued that if these circumstances occurred in the next few hours, it should then be included in the provinces in which states of exception were decreed.

“States of exception cannot be speculative or preventive, but on the real and manifest existence of an irregular situation in a province that justifies the intervention of the armed forces,” he explained.

President Guillermo Lasso declared a state of emergency in Azuay, Imbabura, Sucumbíos and Orellana, due to serious internal unrest. In three of them there is a curfew.

Given this, Twitter users complained that the province of Pichincha was not included and more so given the scenarios that occurred in 17 days of protests. Even when tomorrow the mobilization in Quito announced by the natives of Cotopaxi is expected.

The mayor also asked the national government to strengthen the security of the metropolitan district of Quito, with all the necessary personnel and law enforcement resources.

Last weekend, and given the decrease in the intensity of the demonstrations, the government repealed the state of exception decreed in six provinces where the protests had been concentrated, including Pichincha, whose capital is Quito.

The state of emergency in Pichincha has ended

On Saturday, the lifting of the state of emergency due to serious internal unrest in the provinces of Chimborazo, Tungurahua, Cotopaxi, Pichincha, Pastaza and Imbabura was declared by Executive Decree and Executive Decree No. 459 of June 20, 2022 a been repealed.

“With this, the government ratifies the desire to guarantee the generation of spaces of peace in which Ecuadorians can gradually resume their activities,” said a statement from the General Secretariat of Communication of the Presidency.