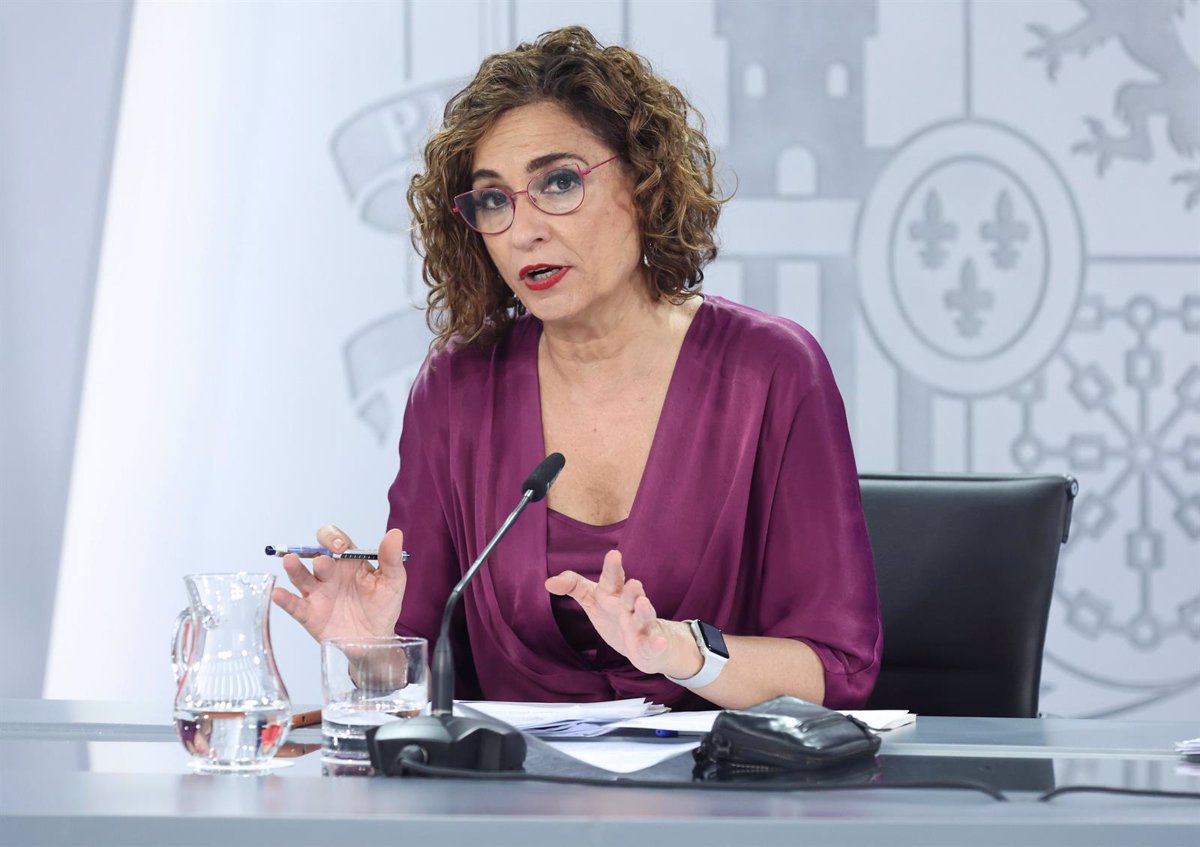 The deficit of all public administrations without financial aid amounted to 19,629 million euros until May, which means that 21,525 million are deducted from the figure registered last year, 52.3% less, making it 1.5% of GDP according to data from the Treasury goes down.

This result is due to a solid 20.4% increase in non-financial revenues, according to the Treasury, compared to the development of expenditures, which are growing at a rate of 2%.

“The decline in the government deficit that started in 2021 continues as a result of economic reactivation and job creation,” said the ministry, headed by María Jesús Montero.

COMMUNITIES INCREASE THEIR DEFICIT BY MORE THAN 30%

For its part, the regional government recorded a deficit of 3,054 million euros up to May, equivalent to 0.23% of GDP, higher than the deficit of 2,302 million euros in the previous year. This result is due to a 3.1% increase in expenses while revenues are growing at a rate of 2.2%.

As for the social security funds, the data shows that by the fifth month of 2022, a deficit of 983 million was registered, down 70.5%, and it was 0.08% of GDP. This behavior is the result of practically stable revenues (the good behavior of contributions stands out with a growth of 5.0%) compared to a decrease in expenditure of 2.9%.

As for the government deficit data through June, the best result comes from a solid 20.4% increase in non-financial receipts, compared to the evolution of expenditures, which are growing at a rate of 2%.

On the other hand, property income increased by 17% compared to 2021, driven by a 45.8% increase in income from dividends and other property income to 1,991 million. This increase is partly due to the fact that in June 554 million was received from the State Lottery and Gaming Corporation (SELAE) corresponding to the interim dividend of profits for fiscal year 2022 without correspondence in 2021.

Second was Banco de España’s deposit on dividends at 860 million, up 3.6%. These increases were offset by lower interest income, down 20.3% to 842 million.

On the spending side, non-financial government jobs totaled 137,323 million, a figure that’s 2% higher than the first six months of 2021.

The item with the largest volume is transfers between public administrations, with a weight of 60% of the total non-financial uses. Specifically, they amounted to 82,432 million in the first six months of the year, an amount that includes the 3,086 million euros in SII VAT compensation paid to the Autonomous Communities in 2017.

Finally, gross fixed capital formation stands out, rising by 20.6% to 2,628 million in 2022, while investment subsidies and other capital transfers combined rose to 1,204 million.

Previous articleMonkeypox: Aidshilfe asks for a million doses of vaccine
Next articleWithout Carl Philip: who is Princess Sofia so familiar with here?