Golf Rules: Why Bryson DeChambeau Got Relief From A Sprinkler And Thomas Pieters Didn’t In The WGC-Dell Match Play 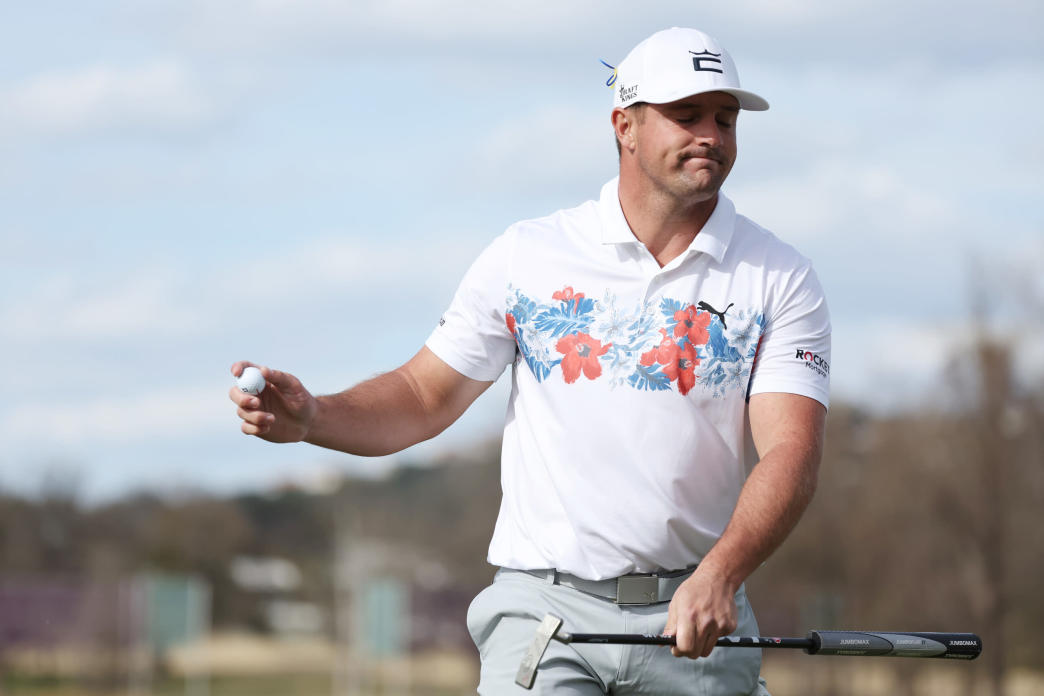 AUSTIN, Texas — While Bryson DeChambeau wasn’t thrilled with his consistency during his return to action Wednesday, he was the beneficiary of a favorable ruling during the first round of the WGC-Dell Technologies Match Play, one that warranted a PGA explanation. The main referee of the Tour, Gary Young.

During the game of pool, Thomas Pieters hit a ball that landed against a sprinkler on the 13th hole at the Austin Country Club.

Pieters, who was fighting Tom Hoge, was not an extended reliever because a marked penalty line touched the sprinkler head region. He lost the hole but went on to win the match, 2 and 1.

But Young said the line should have been painted around the box, an error he said could have been the result of painting the line during windy conditions.

When Bryson DeChambeau hit a ball in the same area later that day, the rules officials had already decided that the line’s intent was to allow a fall from the sprinkler. DeChambeau was given a drop goal, saved a par in the hole and tied Richard Bland in his first-round match.

“Obviously in matches, each match is its own individual story… For me, two mistakes don’t make a right. So making the fix before the Bryson match came along was important when we learned of the original bug. The way the penalty area is marked, the line, and looking at them on the golf course, the line goes around each sprinkler, keeping it in the general area of ​​the golf course, not the penalty area. that way the players will always have relief.

“When the golf course was marked, the line got a little closer. Obviously, it’s very windy when it marks these golf courses. The line got too close to her. The official who ruled on it was based on what he was looking at, okay?

“Obviously the intent was to keep them all out, but when I was looking at it, it was based on the fact that that red line was technically touching both the ball and the sprinkler head. So at that point, I don’t want to say that he ruled incorrectly because I think he ruled based on what he was seeing. Then it came to our attention, we talked about it as a committee and we said, and we feel very strongly that two wrongs don’t make a right. We have to correct this because clearly, it should be outside.

“As they were heading there with some paint to correct the line, the Bryson situation came up. He called me on the phone and asked me, he said: ‘I have the same situation. Now that I know the intention was to have him outside the penalty area, are you comfortable with me deciding it that way? And I said, ‘yes, I want you to pronounce yourself that way because we are going to change the brand’. There was nothing we could do to fix the Thomas Pieters situation, it’s over, but getting it right was important.

“It’s the big part of the fact that this is a match game and we can make those changes because each individual match, you know, you could change something like that. If it was a stroke-play event, we would have to keep it that way all day until all the competitors finish their round and then make the switch. But due to match play, we did it in the middle.”