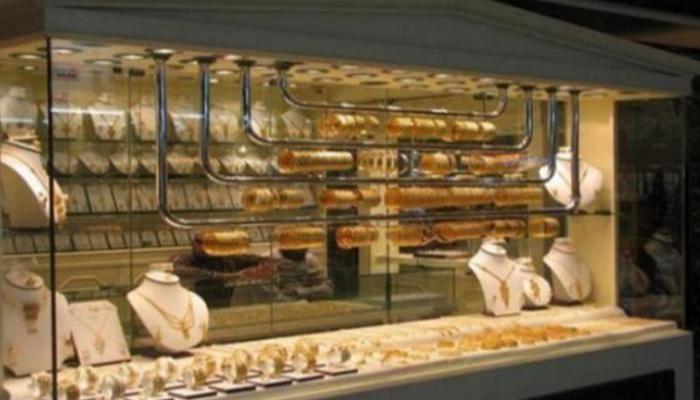 Gold prices fell in Lebanon today, Saturday March 26, 2022, coinciding with the precious metal’s drop globally at the end of the trading week.

And the price of a gram of 24-carat gold today in Lebanon, during afternoon trading, fell to about 95,563 thousand pounds ($63).

The average price of an ounce in Lebanon, trading tonight, has dropped to about 2.972 million pounds (1959 dollars).

Globally, gold prices fell at the close of the trading session on Friday (the last session of the week), but posted weekly gains in light of growing anxiety over the Russo-Ukrainian war and inflationary pressures.

The United States and its allies held more meetings yesterday to discuss developments in the Ukraine war, after US President Joe Biden and European Commission President Ursula von der Leyen announced the formation of a joint team to reduce the bloc’s dependence on Russian energy supplies.

Separately, US Treasury Secretary Janet Yellen said in an interview with CNBC that she expects the US economy’s strong performance to continue despite rising energy prices and raw Materials.

The report from the University of Michigan showed that the US consumer confidence index registered 59.4 points in the final reading for the month of March, which is the lowest level in 10 years, compared to 62.8 points in February. previous. 5.4% next year.

Accelerating inflation in the United States prompted more members of the Federal Reserve to support raising interest rates by 50 basis points. May be appropriate depending on economic data.

The price of gold futures contracts for April delivery fell 0.4%, or $8, to hit $1,954.20 an ounce as the trading session closed on Friday, but posted weekly gains of around 1, 3 percent.